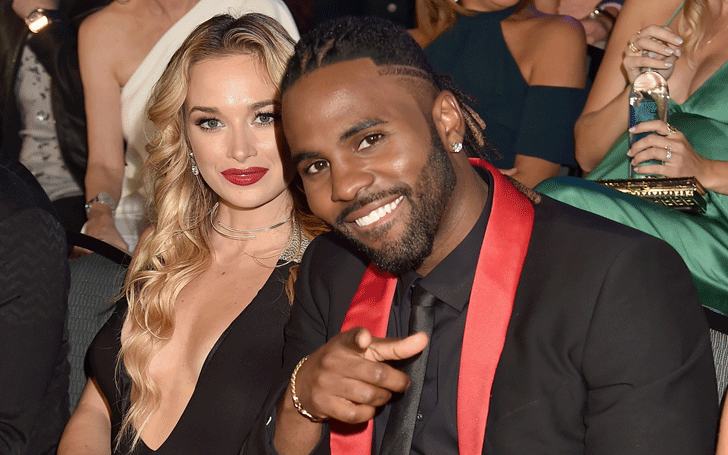 Jason Joel Desrouleaux, known professionally as Jason Derulo finally came out with his secret girlfriend's identity. Jason is not single anymore and he is happily linked with his girlfriend he had been hiding from the world a few days back. Let's know Jason Derulo's girlfriend and love life at present along with his steaming dating history.

The 28-year-old Jason Derulo is an American singer, songwriter, and dancer. Derulo is one successful singer who has sold over 30 million singles and made eleven platinum singles including 'Wiggle', 'Talk Dirty', 'In My Head' and 'Whatcha Say'.

After a string of high profile splits, Jason remained quiet about his new affair and did not let his love life come into the limelight to preserve his romance. A few months back, he was pretty determined keeping his girlfriend's identity a secret.

Derulo announced his new love affair in March to Page Six, although kept his affair a low profile maybe because of his public breakups with his girlfriends in the past. He said;

“I’m not single. I’m keeping it on the low. I’ve been trying to… I’m trying to do it different this time because every other time, it didn’t work.” 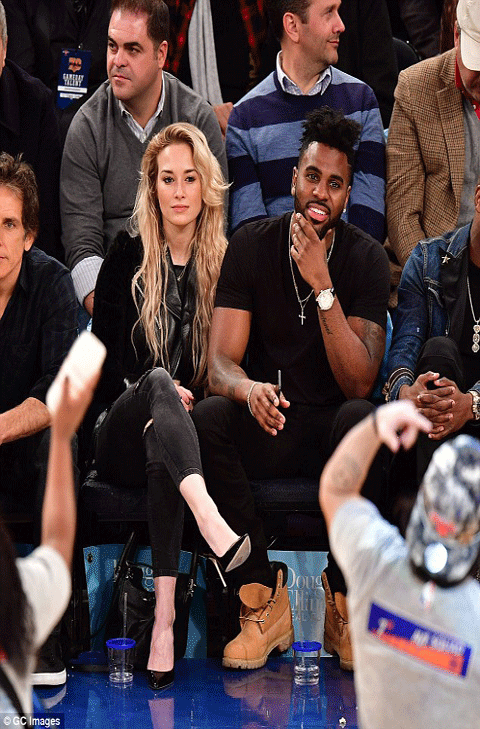 Jason was first spotted with his mysterious girlfriend in October 2016 in West Hollywood. But he also could not hold long enough of his steaming romance to himself and revealed his affair last month.

He finally showed his gorgeous girlfriend Ragon Miller to the media. He made his first public appearance with the blond bombshell at the CMT Awards. It was the first time he stepped out with his love with no hesitation.

The couple did not walk the red carpet but they sat together and seen time to time holding hands and flirting with each other. It was Derulo's second time at the CMT Awards where he performed “Strip It Down” and “Want to Want Me” with Luke Bryan.

Best Wishes to his new romance. Let's get to know his past affairs a little bit more!

Among the popular faces he has dated, Jordin Sparks is the one he came into limelight after a courtship for three years. Jordin Brianna Sparks is an American singer, songwriter, and actress. She rose to fame in 2007 after winning the sixth season of American Idol; at age 17, she became the youngest winner in the series' history.

Later in 2013, he exposed in the interview with Ryan Seacrest about the reason for his breakup with Jordin. It all began after the release of his song 'Marry Me'. Fans expected him to marry Jordin and so does Jordin. But he was not ready which caused a tension between the couple. He said;

Just before he got into a relationship with Ragon he was in an affair with the ex-girlfriend of 50 Cent, Daphne Joy in 2015 and their relationship ended after one year. A model and actress Daphne is also a mother of rapper 50 Cent's five-year-old son Sire.

SEE: Elise Neal's illustrious dating life: What does she have to say about ex-boyfriends 50 cents, Rick Ross and more 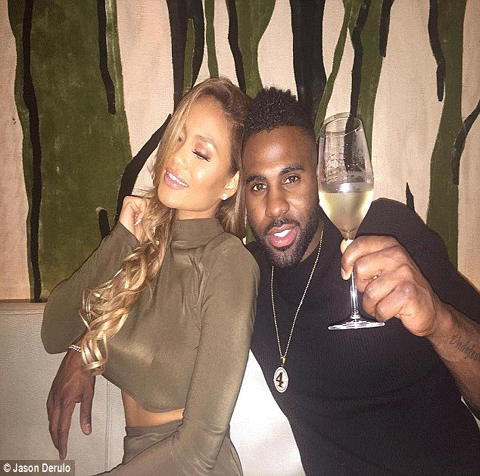 According to the dating profile, he was also encountered with an American model Carmen Ortega in 2014.