How Much Is Linda Lusardi’s Net Worth? Her Sources Of Income And Professional Career

Linda Frances Elide Lusardi AKA Linda Lusardi is a popular English former glamour model, actress, and television presenter. As an actress, she has worked on a handful of projects like The Bill and movies like The Zero Imperative, Consuming Passions, and The Krays: Dead Man Walking.

Being active in the entertainment field as a model, actress, and television presenter, the 62 years old Linda has definitely gathered a high figure of money. So, how much is her net worth? Her sources of income?

How Much Is Linda Lusardi’s Net Worth?

Talking about Linda Lusardi’s net worth in 2021, the exact figure of her net worth is not clear, but one thing is sure that she is a millionaire.

As the former glamour model did not reveal the exact figure of her worth, many tabloids are claiming a different figure. Some argue that she is worth $2 million, whereas, as per some sources, she has a net worth of $5 million. 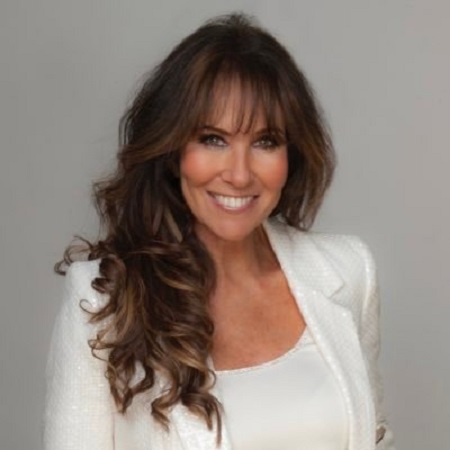 The main source of her income is her acting career, whereas she might have collected a decent figure of money from her modeling career.

According to PayScale, the average salary of a television presenter is around $47 199, so her wage might be in the same range.

Professional Career And Sources Of Income

As mentioned above, Linda started her professional journey as a glamour model. At the age of 18, she appeared as a Page 3 girl in The Sun. Likewise, she has posed for magazines like Mayfair and Fiesta.

As an actress, she has worked on a handful of projects like movies and television dramas. She has appeared in the drama series The Bill, Hollyoaks, and Brookside. In 2007, she was in the cast of Emmerdale as Carrie Nicholls.

Similarly, she has worked in films like Snappers, Oh Minnie, The Zero Imperative, Consuming Passions, and The Krays: Dead Man Walking. She has toured in Funny Peculiar, Happy as a Sandbag, Bedside Manners, Rock with Laughter, No Now, Darling, We’re British, Doctor on the Boil, and many others.

Her other television works include A Kind of Magic. She presented Wish You Were Here…?, Miss Northern Ireland, among others. She also participated in reality shows like The Games, Have I Been Here Before?, Hole in the Wall, etc.

Back in early 2008, Emmerdale’s star joined Dancing on Ice and bagged the sixth position. Do you know she is the winner of the Channel 4 show Celebrity Come Dine With Me in 2008? She has also participated in Celebrity Masterchef 2011 series.

SEE: Davina McCall’s Net Worth In 2021; Her Mansions, Cars, And Income Sources