Davina McCall’s Net Worth In 2021; Her Mansions, Cars, And Income Sources

Davina McCall is a famous English television presenter who grabbed international attention for being the presenter of the reality show Big Brother. The 53 years old has been the judge of the ITV musical competition show, The Masked Singer, and a spin-off show, The Masked Dancer.

So, working so hard for so many years, how much has Davina earned? How much is her net worth in the current time? Scroll down to know more about her salary, sources of income, house, mansions, and so on.

Davina started her professional career in 1992 and has been actively working in the industry since then. She first grabbed attention for hosting Channel 4’s Streetmate. She is also known for being the presenter of the reality show Big Brother.

Besides this, she is known for hosting shows like The Million Pound Drop, Five Minutes to a Fortune, The Jump, The Biggest Loser, Long Lost Family, This Time Next Year, Got to Dance, and many others.

As per sources, before embarking on her career on television, she had pursued numerous jobs like singing and modeling.

According to Celebrity Net Worth, Davina McCall’s net worth is reported to be around $4 million. But, it seems like her worth is higher than the reported figure. 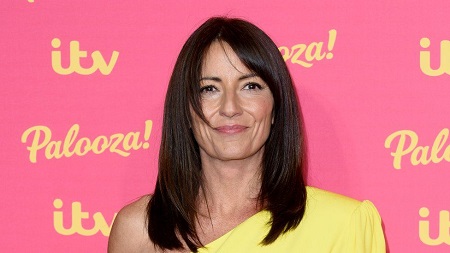 There is no doubt that Davina collected such a high figure of money from her hosting and television presenting career. Her other income sources include her books and fitness DVDs. She also earns a decent figure of money from guest appearances in The Kumars at No. 42, Room 101, Would I Lie to You?, Through the Keyhole, Who Do You Think You Are?. Celebrity Juice, Chris Moyles’ Quiz Night, Alan Davies: As Yet Untitled, Celebrity Catchphrase, and many others.

The television presenter has written books like Davina’s 5 Weeks to Sugar-Free, Lessons I’ve earned, Davina’s Sugar-Free in a Hurry, and Davina’s Smart Carbs.

She Was Once Trapped in Car For Eight Hours

Back in December 2009, The Masked Dancer’s judge was trapped in her car by the snow. The television presenter had to sleep in the vehicle in Kent.

At around 11 pm on Thursday night at A21near Tunbridge Wells, Davina tweeted that she was stranded in the car and might have to spend the night in the car. She wrote:

Never have I regretted wearing a leather jacket more ... going to call the police. We can’t move without grit! Pls send out grit!

The television presenter at one point phoned BBC Radio 5 and explained about the moment on how the police came pretty quickly to rescue her. PC Jon Stevens helped her, and she even posted a picture of him in gratitude.

Davina Is Building A New Home

After divorcing from husband Matthew Robertson, Davina revealed that she has been building a new home in Kent. She bought a plot of land to make a new fresh start.

According to Daily Mail, Davina has finished renovations on the mansion as she was spotted moving to £3.4 million worth mansion.

The 52 years old presenter was seen carrying a doormat and other goods into the property, where staff from the moving company helped her to get her stuff to the house.

ALSO CHECK: How Much Is Linda Lusardi’s Net Worth? Her Sources Of Income And Professional Career