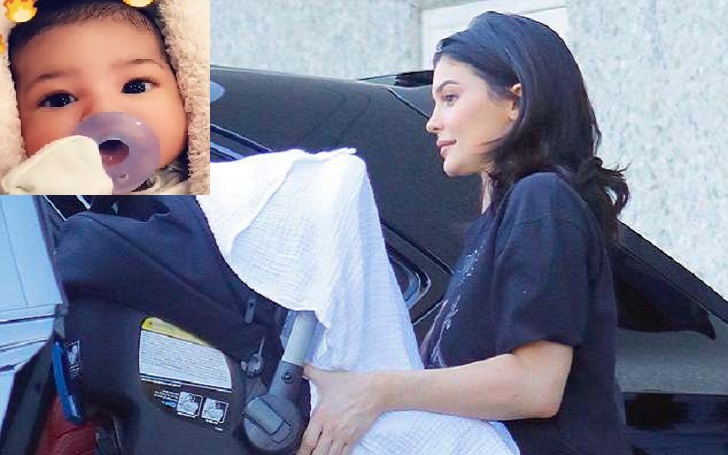 Don’t expect any new uploads of little girl Stormi on social media anytime soon. Yesterday, the young mum said she will no longer be sharing any photos of daughter Stormi's face and the reason has shocked everyone. Since then she has deleted every single picture except the baby in the stroller and wrapped in clothes.

Kylie Jenner, 20, took the decision following the “nasty” comments related to her baby on social media, an insider told People.

She was so excited to share the good news among her followers underestimating social media craziness – the source told.

The source added, she is totally shocked after receiving “nasty” comments and doesn’t want to continue the negativity. She has completely stopped sharing the pic on social media and we are unclear about her future decision.

It all started on Sunday when the reality star shared a selfie with Stormi's head cropped. After receiving hatred comment the furious mom responds “yeah I cut my baby out. I’m not sharing photos of my girl right now.”

i spy with my little eye...

That’s when, her followers knew she has already deleted all photos where we can she Stormi face clearly, including the pic in which the baby is said to have a matching face with her bodyguard Kim Chung, according to her fans.

Later, she shared a Met Gala Pic of her and boyfriend Travis with the Caption “Stormi’s Parents.”