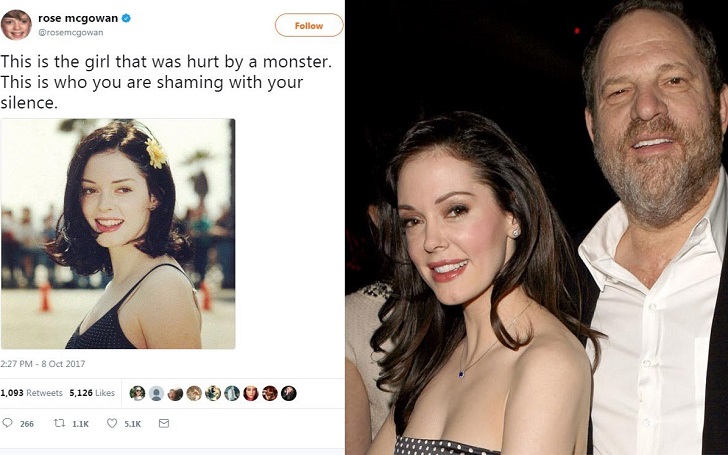 What Goes Around, Comes Around

And Oscar-winning Producer, Harvey Weinstein is the best example of the above statement. All the crimes and harassment he did in his past days are slowing coming out of the box. Surprisingly, not one or two total 82 women reported that they were sexually assaulted/molested/raped by Harvey.

Harvey is trying his best to bribe the victims trying to hide his crime. AND, actress Rose Mcgowan claims she was offered $1 million to keep her mouth shut. But Harvey forgot money is not more than anybody's self-respect and pride. Let's know more

Rose Mcgowan is done Being Slut Shamed, will Fight Back

Like actresses, Lena Headey, Angelina Jolie, Jennifer Lawrence, Lisa Bloom, and many others, Rose Mcgowan is also out of the closet and opens up against Harvey Weinstein.

The Charmed actress, Rose Mcgowan claimed she was raped twenty years back in a hotel room by Harvey on Sundance Film Festival in 1997.

Back in 1997, Rose had reached a $100,000 settlement with Harvey, but that agreement, she learned this summer, had never included a confidentiality clause. 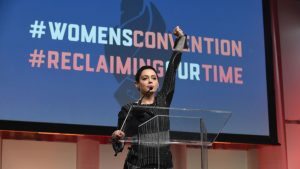 A month ago, someone close to Weinstein offered her hush money: $1 million, in exchange for signing a nondisclosure agreement. Bribe was offered few days Harvey was exposed by the New York Times on October 5

'I figured I could probably have gotten him up to three. But I was like — ew, gross, you're disgusting, I don't want your money, that would make me feel disgusting,' said McGowan.

On Friday, 27th October, on Women's Convention in Detroit, Rose walked onto the stage and she addressed the crowd about the allegations.

Rose said, she is done being slut shamed and maligned. The actress is quite since twenty years but no more.