The 60th Grammy Awards took place this Sunday at the Madison Square Garden. The event was hosted by the star comedian, James Corden. The red carpet this year featured some great and some not so great looks. So, who were the best and worst dressed celebrities in Grammys 2018?

Music's biggest night, Grammys is one of the most anticipated award show every year. It celebrates music. The red carpet looks of the Grammys always create a buzz and this year was no exception. This year many celebrities donned white rose on the red carpet to mark their support of the #TimesUp movement. Today, in this column we will be discussing the best and worst dressed celebrities of the night.

The Best Dressed Celebrities on Grammy 2018

The first one to ace the fashion game on the carpet is none other than beautiful, Lady Gaga. Gaga brought the drama with her custom Armani Privé lacey black number that featured a long over-the-top train. Her black platform heeled boots and Victorian hairstyle definitely made a statement. Gaga also flaunted her pink engagement ring. 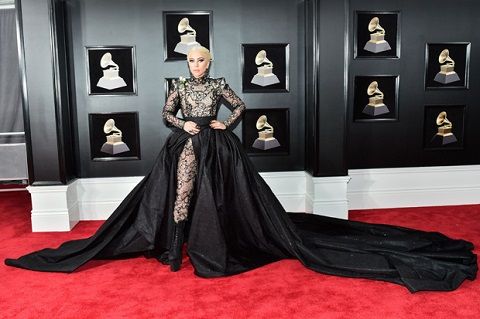 Anna Kendrick also looked remarkable with her Balmain two-piece suit. Kendrick paired the suit with a sexy lace black top and pale pink pumps which gave the look a feminine touch.The actress-singer looked like a girl boss. Her wavy hairstyle completed the ensemble.

Next up on the list is the beautiful Hailee Steinfeld who donned a strapless white gown that featured a high slit. But her purple metallic boots stole the show. The pop of color was a fun touch and we love it. The actress-singer rocked blue smokey eye that went with her boots. 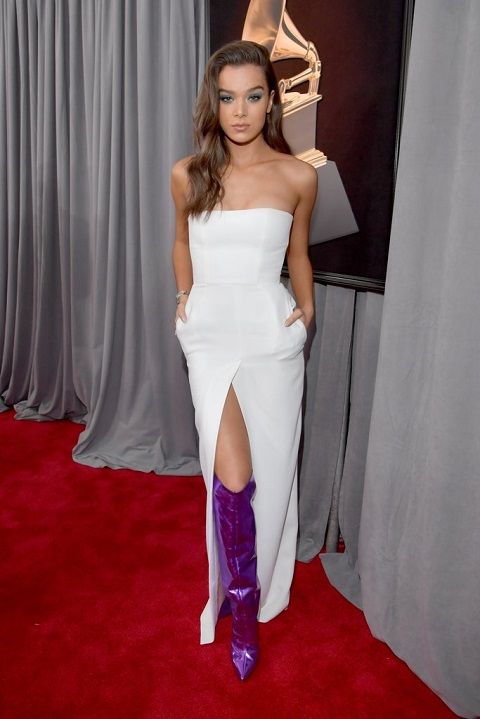 Likewise, Camila Cabello sizzled on the red carpet clad in red hot Vivienne Westwood satin gown. The gown was strapless with a daring plunging neckline and ruched waist detailing. The singer opted for a messy updo and completed her look with a glitzy disco ball shaped clutch.

The next celebrity on the list is dashing Zayn Malik. The singer wore a pink suit that had a white rose embroidery on the lapel. He paired the suit with a crisp white shirt. To keep it a little fun, Malik wore colorful dinosaur socks and we are all here for it. He completed his look with a pair of brown loafers. 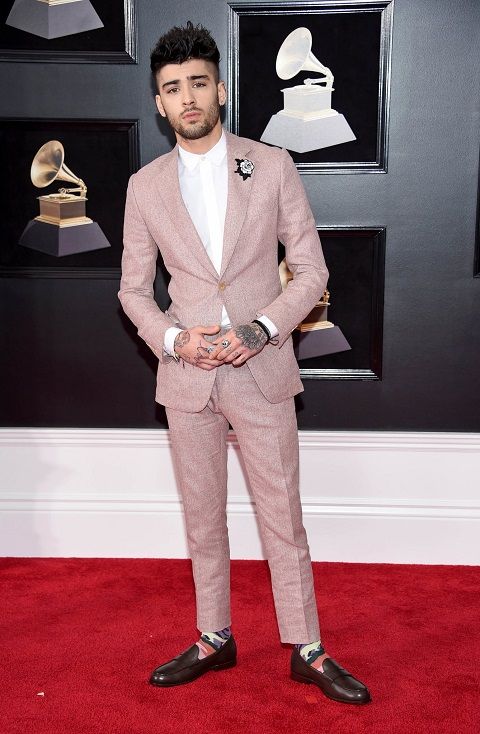 Now, let's move on to the worst dressed celebrities of the night.

The first one to not impress on the red carpet is the Columbian American recording artist Kali Uchis. Uchis was clad in a rather unflattering pink and gold jumpsuit that featured slightly flared sleeves and turtleneck. The ensemble was far too shimmery and looked bizarre.

Jenny McCarthy also failed to wow people with her black sequence dress that had a stretch of mesh over her shoulders The actress debuted blue hair in the carpet. She wore sunglasses which was completely out of place. The actress completed he look with bizarre mesh gloves. 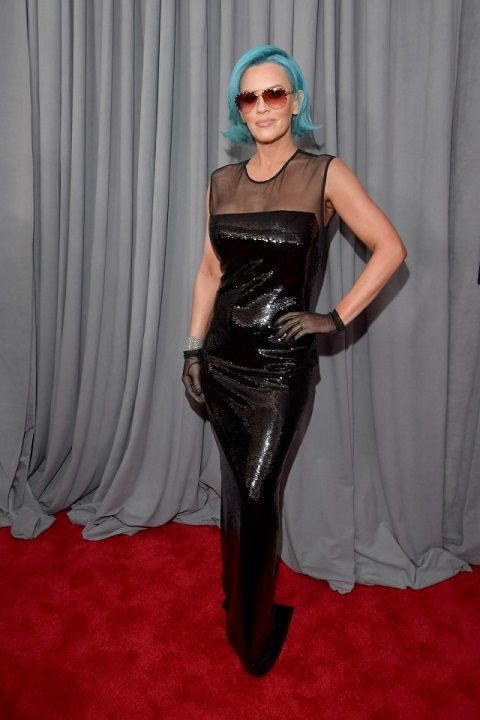 Next up on the list is Jaden Smith. The young star dressed casually for the tie event. He wore jeans with patch work all over them and a large ski style jacket. The actor flaunted a chunky gold necklace and sneakers. Smith looked out of place.

Also read: Is Jaden Smith dead?Find out his Affairs with Sarah Snyder 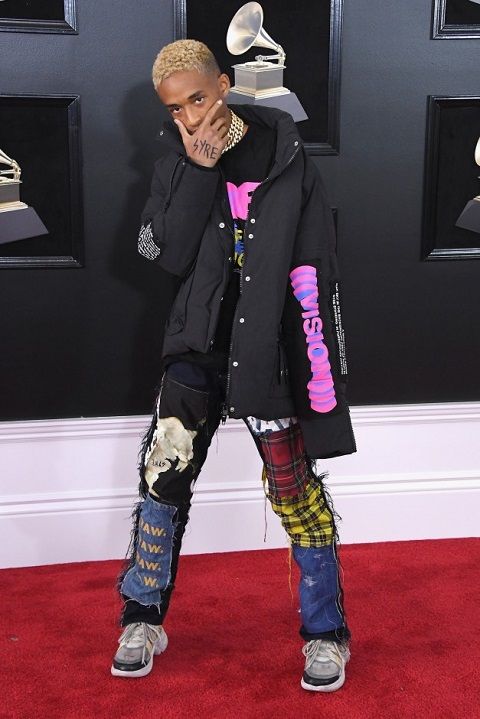 Furthermore, the model Heidi Klum went on to show a bit too much on the carpet. Klum was clad in sheer black lacey number. It was revealing and covered up at the same time. The ensemble did not flatter her and looked tacky.

Read more: Model Heidi Klum is all head over heels with her boyfriend Vito Schnabel 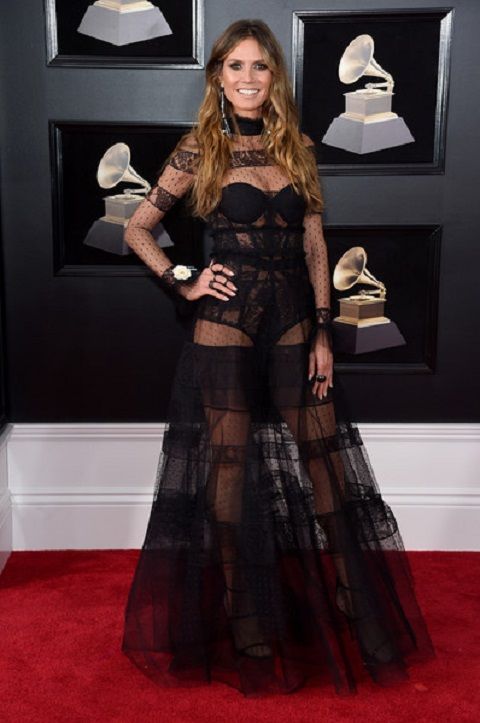 The next one to make it to the worst dressed list is GoldLink. The rapper looked bizarre with his pirate-esque ensemble. The studded embellishment around his waist resembled an underwear. This "superhero" look was quite cringe-worthy. 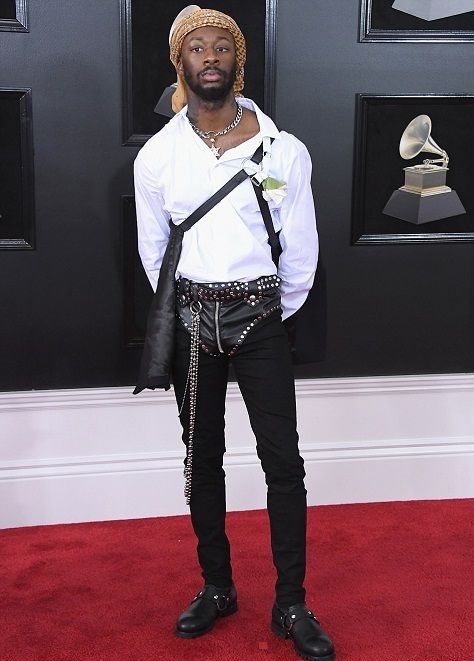 These are the looks that made it to the best and the worst list of the Grammys this year. The event created a buzz in the glamour world.