After The New York Times revealed about Harvey Weinstein's sexual harassment and allegation, almost 50 women have stood forward to claim that Weinstein sexually assaulted them.

Now, Lena Headey becomes one of the latest actresses to allege that disgraced producer Harvey Weinstein sexually harassed her.

Headey tweeted a series of tweets on her official Twitter account and openly shared about the sexual harassment she went through. The first tweet starts with their first met at The Venice Film Festival. 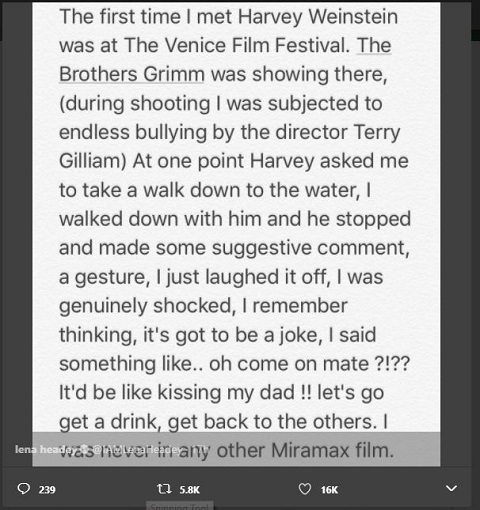 After a couple of years, Headey agreed to met Weinstein in Los Angeles. Have a look: 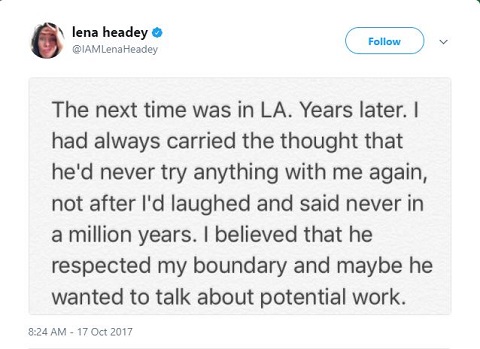 According to actress's account after a discussion of the filmmaking and films over breakfast, Weinstein invited her to his room. This is how her third tweet goes: 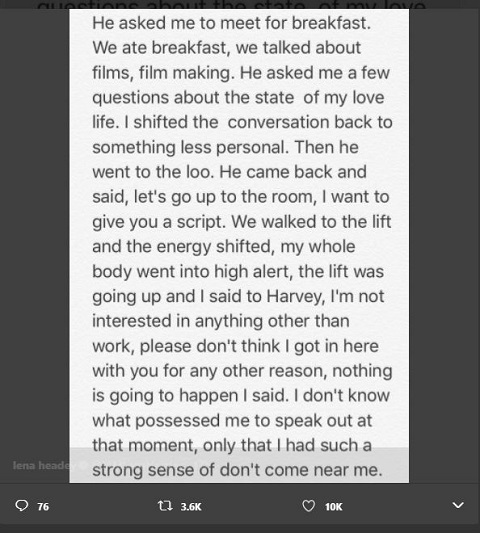 Headey revealed and said that Weinstein is silent and furious. After all these things, Weinstein warned her not to share anything with her manager or agents. She then recalled the moment and said:

I got into my car and I cried 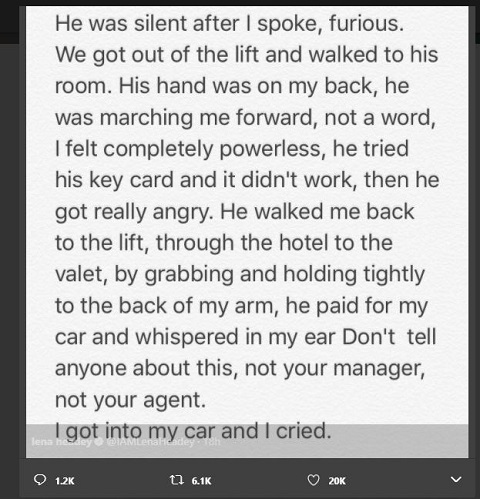 Dozens of women have come forward to speak about Weinstein's misconduct and sexual harassment.