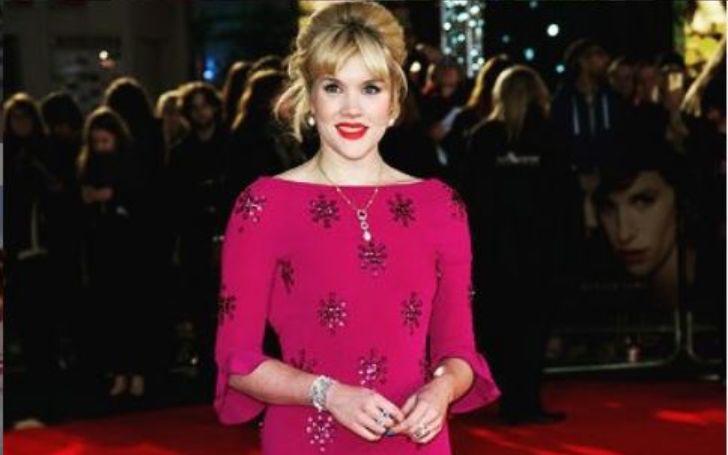 Emerald Fennell, an Academy Award-winning English actress & director excels in on-screen works as well as behind the camera. Widely popular as Call the Midwife actress, the Hammersmith, London-born is the mother of one with her advertising director & producer husband Chris Vernon.

Together, the celebrity couple enjoys the perks of a happy married life of many years and now prepares to welcome a new family member. The Promising Young Woman director confirmed pregnancy with 2nd child at the 2021 Academy Awards, this April. Let's know more about Fennell's married life, relationship & other interesting aspects of her personal life.

Mother Of A Son With Husband Chris Vernon- When Did They Marry?

As per IMDB, and many other online sources, Emerald Lilly Fennell enjoys a long-running marital relationship with her husband Chris Vernon. Her spouse Vernon is an American film and advertising director. But, they are yet to open up when they are married or further detail on their wedding- let alone the queries on their relatioship beginning.

Though, it is undeniable that their alike profession in the acting world set them up somehow.

The 3-time Primetime Emmy and 3-time Golden Globe Award nominee knows well to limit access into her personal life. Seems it answers well why she is not active on Instagram, while her Twitter (@emeraldfennell) only consists of acting projects only. 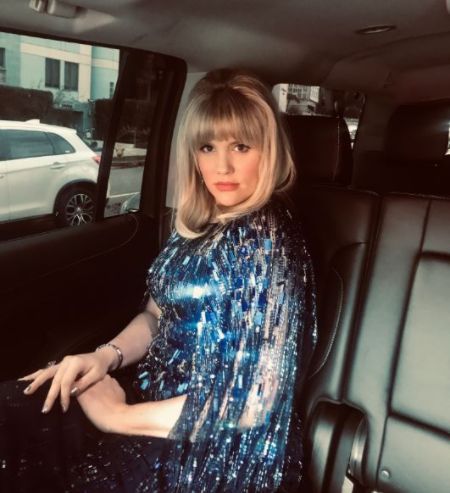 The blue-eyed blonde is a doting mother to a son with her husband Chris, even though she keeps information on her kid low-key. Reportedly, she was 7-months pregnant while directing the thriller film Promising Young Woman (2020) starring Carey Mulligan (mother of two), Bo Burnham, Alison Brie (wife of Dave Franco), and Clancy Brown.

And 3 weeks after the film wrapped production, she welcomed her first child in May 2019. Yet, the 35-year-old actress has not shared any picture of her son- probably, testing the eager fans' patience!

Speaking of her experience with pregnancy in the midst of a hectic schedule for directing Promising Young Woman, Fennell told Deadline in January 2021:

"When you're carting around a massive baby and you're about to give birth, you don't have the time to be anxious. I was like a literal ticking time bomb, which I think gave me this weird power for myself."

No doubt, motherhood is a definition of power!!

Did you know? Emerald Fennell, only after 3 months of giving birth to her first child, went for filming season 4 of The Crown.

Pregnant With Second Child- When Is The Due Date?

For The Crown (2019-20) actress, the year 2021 is no less than bliss. On April 25, 2021, Fennell made a red-carpet appearance at the 93rd Academy Awards, where she confirmed her second pregnancy flaunting her growing baby bump. Already mother to 23-month old son, the English actress wore a Gucci gown as she posed for a picture with her hands on the bun-on-oven.

During ABC's Oscars After Dark, as she touched her belly, Fennell addressed her pregnancy and joked:

"I'm working on another project. This project is making me very cranky and tired." 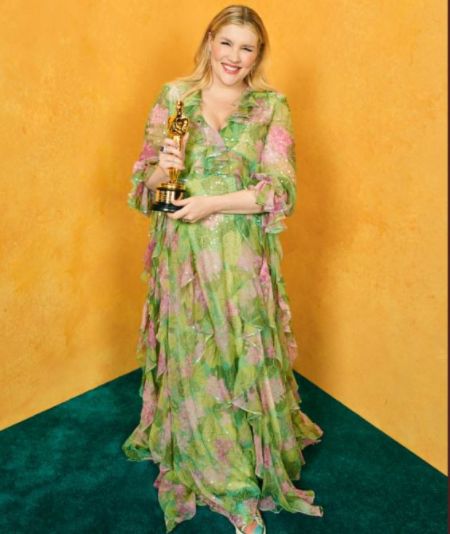 Even though she has not confirmed the due date, sources allege that it could be between late 2021 and before 2022 summer.

A native of Hammersmith, London, England, Fennell was born on October 1, 1985. Her father Theodore Alister Fennell (b. 1954) is a renowned jewelry designer, while her mother Emma Shirley Louise Fennell (b. 1957) is an author. The youngest of 2 children, Emerald has an older sister, Coco Fennell who is a fashion designer.

After graduation from Marlborough College, she enrolled at Greyfriars, Oxford, a former Permanent Private Hall of the University of Oxford. There the Anna Karenina worked in University plays that would eventually seek attention from Lindy King of United Agents, and thus, her acting career began.