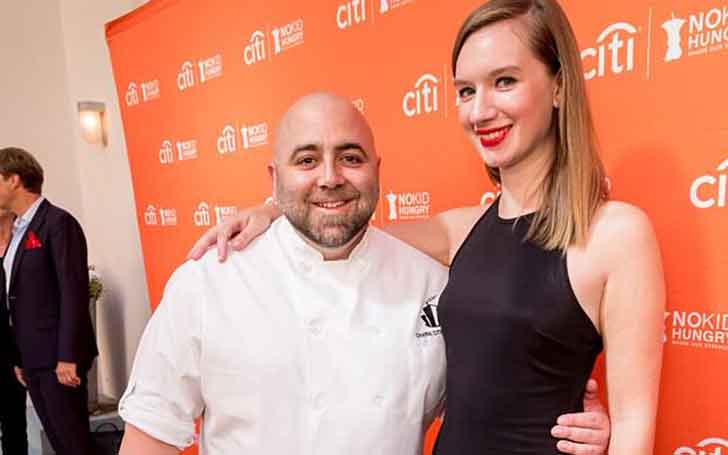 Jefferey Adam Goldman aka Duff Goldman, who is mostly known as a pastry chef, is all set for getting married as he has recently engaged to his long-time girlfriend, Johnna Colbry.

The 43-year chef officiated the news of engagement through his Instagram. You will be shocked to see how the couple got engaged cause it is seriously unimaginable. Keep on reading this article, for we are going to reveal all of the facts of the love life of Chef Duff. Also, get to know his engagement details.

Duff Goldman is officially engaged to his long-term girlfriend, Johnna Colbry. The chef took Instagram to share the news of his engagement. As per the post, the couple got engaged on April 2, 2018. 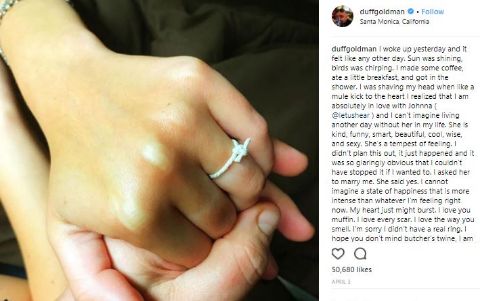 The post featured the picture of a couple holding hands as Johnna shows off her ring. Well, we all might have got shocked after seeing the ring. Didn't you? The ring is made of a butcher's twine. Yes, you heard it right. Duff popped the question to Johanna with a butcher's twine as he didn't have any other ring at that moment.

It was such a quick decision! He had no real ring so he went on with the twine to propose his girl and make her his wife. He also said sorry to her girlfriend saying that he didn't have a real ring and hope wouldn't mind butcher's twine. And She Said YES!!!!!!!!!!!

Well, the couple has not disclosed about how and when they met each other but after going through their social media it seems like the couple has been dating each other since 2016. Even if they dated since back then, their engagement was only a once in a moment thing. 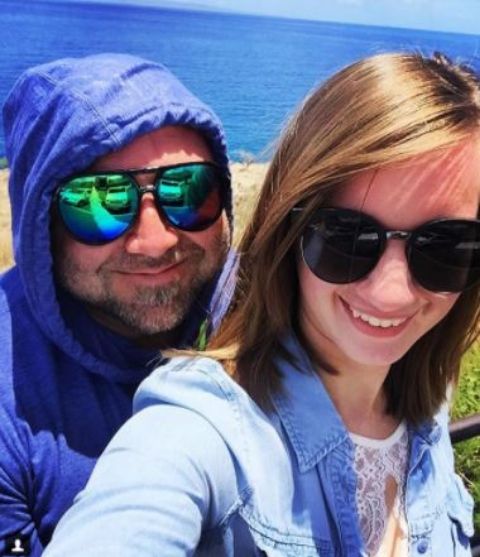 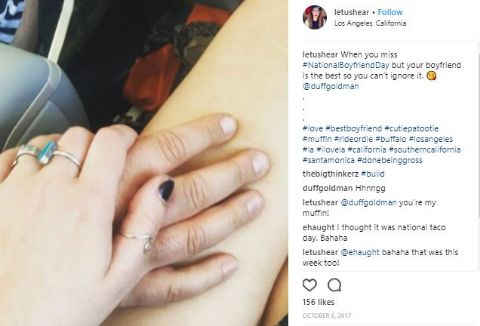 Although we are unknown how and when they met, the couple has always been open to sharing their romantic picture. If we go through all there post o Instagram we can see their lots of pictures but just after mid of 2016. So maybe they have hitched together in 2016.

Well, whatever be the case, these days the couple is very happy to be in a relationship with each other. As they have just got engaged, hope we will also get to hear about their wedding soon.