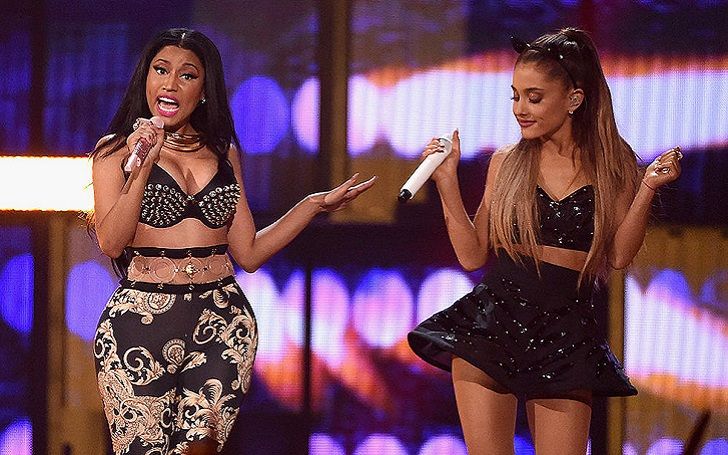 Ariana Grande, 24 made a shocking announcement, says Nicki Minaj’s ‘big ti**s big butt’ lyric was actually written for her and her newly engaged fiancé Pete Davidson agrees with it.

The No Tears Left To Cry singer took her Instagram to share an alluring mirror selfie of herself and Nicki Minaj flaunting her ample cleavage with the caption on the top ‘did u know the Nicki Minaj lyric “big titties big butt too” was actually written about Ariana Grande?’ 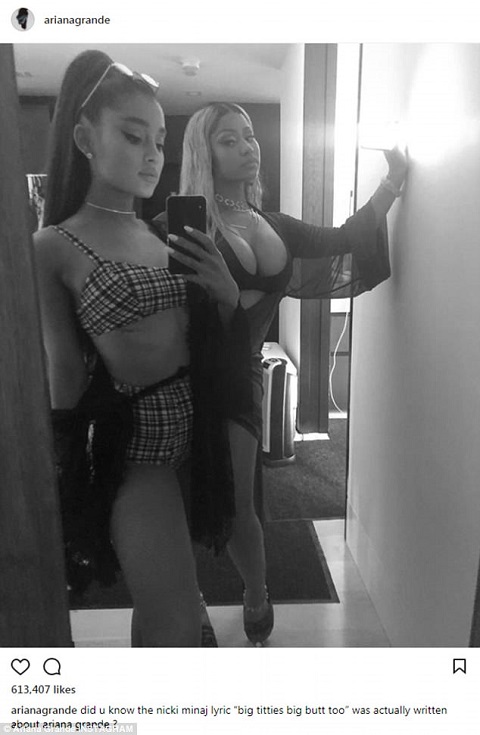 Husband-to-be, Peter Davidson, an SNL cast member was quick to respond to her fiancée “its mad true.”

And the comment prompted, the 24-year-old pop singer to make a hilarious respond “indeed. All 9 lbs. of me.”

The IG flirting came after the few weeks dated couple were rumored to wed by multiple sources.

There are reports, he won Ariana heart after Davidson gets on his knee with a huge sparkling rock. The news comes few hours after the singer shared a pic wearing a diamond ring on her wedding finger as she posed with her mother and brother.

In the photo, we can see the ring as she leans on her mother. 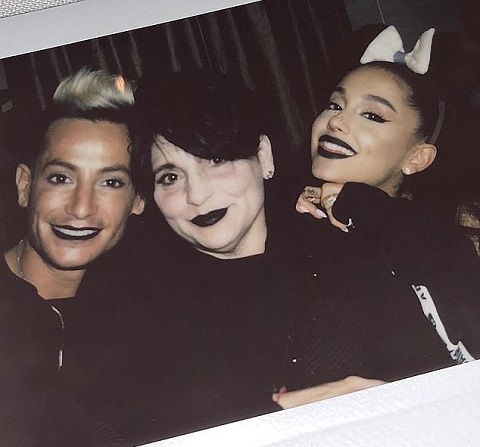 CAPTION: Ariana Grande shared a pic wearing a diamond ring on her wedding finger as she posed with her mother and brother SOURCE: Instagram

It has been only months and the two were quick enough to take big decision of their life. Ariana has separated with her ex-boyfriend  Mac Miller in April, while her fiancé broke up with his girlfriend last month.