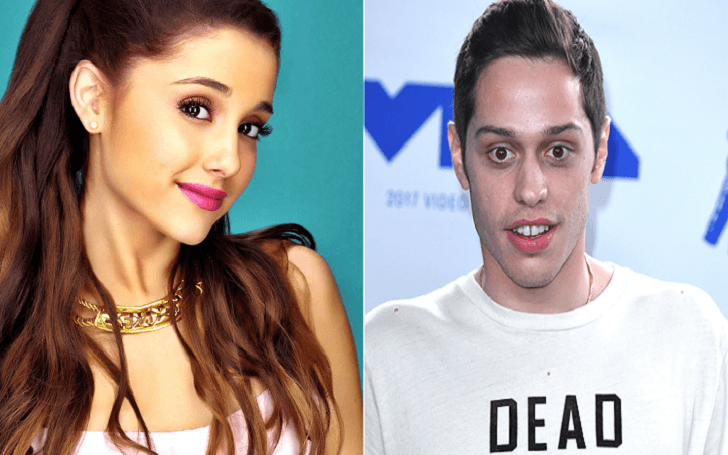 From engagement to the celebration!

On Monday, Ariana Grande and her new boyfriend Pete Davison step out to enjoy a late-night adventure at Disneyland in Anaheim, California. The to-be-married couple was spotted having fun while they ride Space Mountain at the Amusement park.

The 24-year-old singer wore Minnie Mouse ears over her head and a sweatshirt along with thigh-high heeled boots. Boyfriend Davidson, 24 sported a black hoot with shorts while he helped to-be-wife Grande out of the rollercoaster as the ride ended.

One more confirmation video of Ariana Grande and Pete Davidson in the park today! . (Video Credit: @HolidayHorrorGuy) . Don't forget to follow our other DisneylandCelebrities Social Media Accounts! -Twitter: @/DisneylandCeleb -Snapchat: @/DisneylandCeleb . THIS PAGE IS NOT AFFILIATED WITH DISNEY

The ‘No Tears Left to Cry’ singer in the video is seen waving towards her fans shouting Ariana… Ariana as she steps out of the ride.

One was so surprised to see the couple he said: “Oh My God” which we can hear in the video clip.

When a Twitter user tweet “I hope he knows he is marrying US AS Well,” Grande replied, “HAHAHAHAHAAH HES BEEN BRIEFED.”

Ariana engaged to Davidson just one month after splitting with her ex-boyfriend Mac Miller. The singer wants to have a very long engagement as she is no rush to walk down the aisle soon, a source revealed.