Singer Enrique Iglesias and Tennis superstar Anna Kournikova are one of the most beautiful Hollywood couples but we believe in recent days these world-known celebrities are busy changing diapers because of its doubled the happyness and double the diapers for this fresh parents. What do we mean by double the diapers? Enrique and Anna gave birth to twin children.

So, on today's topic, we are about to uncover their relationship status along with their baby's photograph right here at hitberry. We further will like to take you back to days when they were dating added some of their current relationship goals. So stay with us for more:

Anna Kournikova and Enrique Iglesias Lovers of 16 years, but are they married?

After meeting each other while filming the music video "Escape". Anna Kournikova and Enrique Iglesias tried to hide their relationship for 16 long years and so far the only thing that makes us suspect if they are married is the huge diamond ring on Anna's finger.

Take a look at an image from her Instagram where she is seen flaunting her ring: 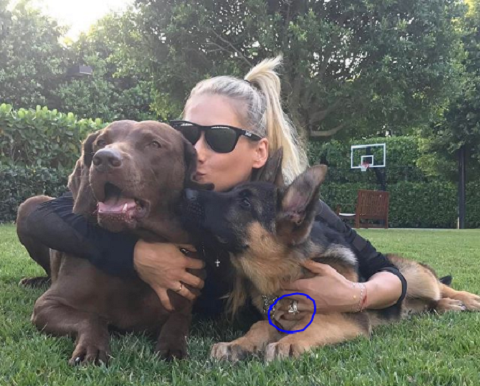 The couple was even suspected to have married each other back in 2008 but it turned out to be a rumor and vanished without any strong fact to support it. As confirmed by many, Anna gave birth to twin children on 16th December 2017. The boyfriend and Girlfriend couple releasing the news of their baby's birth came out as a shock to their fans and the images they outed quickly went viral.

can't get enough of my sunshine

Later on 17th Jan-2018, this couple shared the images of their babies and that proved that the couple has now started a family giving birth to twin babies. The Miami based athlete-singer duo shared their special moment with their fans via an Instagram post.

Insomniac hitmaker Enrique Iglesias surprised all his fans by posting an Instagram post lying beside his baby boy nicholas, with the caption "My sunshine". On the other hand, his bae too uploaded another picture holding her beautiful daughter Lucy captioning it with "My sunshine" too. Looks like the couple already has chosen their favorites.

Anna, 36, and singer Enrique, 42, have been together for 16 years after meeting in 2001 while shooting "Escape" music video.  Spanish singer and the Tennis superstar has never been caught in any controversy after they started dating each other and their family life seems to be going pretty strongly.

So far we can only say that the couple is in a living-in relationship but its hard to allocate if they have tied their knot. Despite the rumors of their engagement all we can confirm so far is that the couple has happily parented two twin children and are having the best time of their lives.