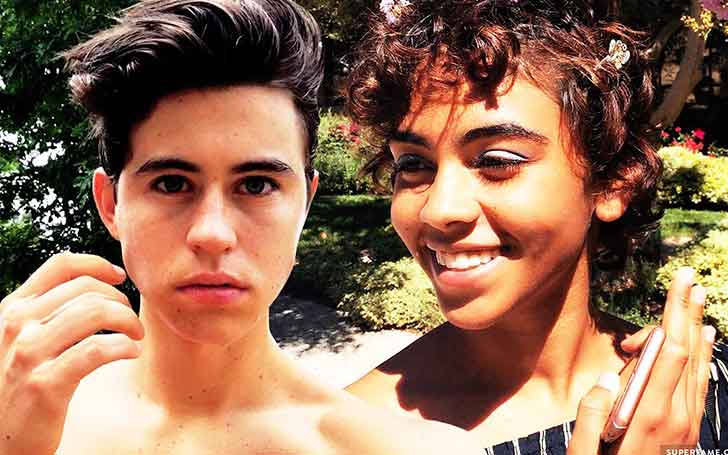 An American internet personality, Nash Grier who is popular among the public through his online Vine videos since 2013 has been in a relationship with Taylor Giavasis since 2016 as he confirmed it through his social media platform.

Being at the age 20, he has earned lots of fans and followers through his hard work and talent. Not only because of his professional life, he is also surfed on the internet through his personal life as he is dating a beautiful lady, Taylor Giavasis. Today, we will disclose all about their love story, so let's have a look at it to know it all.

Nash Grier has always been an open person but, he had hidden all of his romantic life from his fans. But, his Instagram post on April 20, 2016, shocked all of his fans.

I've always been told Love isn't something you just find- This is my best friend. We've been together for over a year now. She's one of the most amazing people I've ever met. When we first started talking I was skeptical about relationships & the pros/cons that come with one. Over time I even built up a hatred for people that were using relationships & other people for their own personal gain. I got sick & tired of people exploiting others for all the wrong reasons & then seeing "goals" written all over their propaganda. Eventually I was able to clear my mind & spend some time with this girl & I'm so thankful I did. As we started hanging out we developed more & more of a trust for each other, one that continues to change my life for the better. As I begin to describe her (& our relationship) all words seem to lose meaning & don't really do any justice. No matter how hard I try to put together a sequence of words/feelings nothing will be able explain my love for this girl. Taylor - Thank you for being you. You've changed my life in SO many ways & I'm so blessed to have you. You've opened up a new world for me, whether it be the new perspectives I can now see from or the new feelings/emotions I get everyday when I'm with you. You continue to make me the best person I can be just by being yourself. Whether we're flying overseas or sitting on the couch you never fail to make me the happiest person I've ever been. Everything about you is such an inspiration - From your free spirit & your beautiful soul to the words that come out of your mouth you've always been a gift to the world. Thank you for selflessly spreading your divine energy & messages. You are changing this world one person at a time & I'm so thankful I'm one of those people, love you.

The YouTuber wrote a very long caption for one of his photos revealing about his love for his best friend, Taylor Giavasis. He wrote about love and how happy he was to have such a beautiful best friend to find peace with.

He tried to describe his love but, he really couldn't seem to find meaning in anything. He also said that he was unable to find words to explain how much he loves her.

Also see: Is Cameron Dallas Dating a Girlfriend? Know about his Relationship status

Nash later, thanked his love for being her as she helped him in many ways. He was then, the happiest person he could ever have been in the long years. He was really thankful for being one of those people who found love.

Nash Grier and Taylor Giavasis' enjoying each others' company

Also see: Cameron Dallas is now with girlfriend Rachel Bentley. See how many girlfriends he had in past 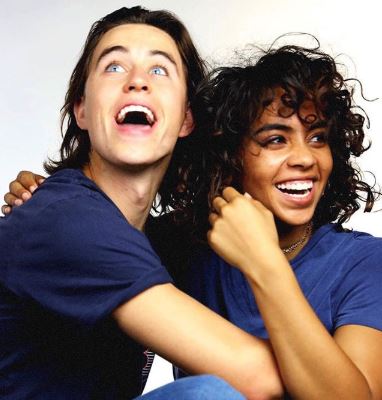 It has already been two years the couple is together and till now they are going on a romantic phase without any problem. In fact, it can be said that they are enjoying every moment of their life with each other's company. The couple used to be together most of the time. 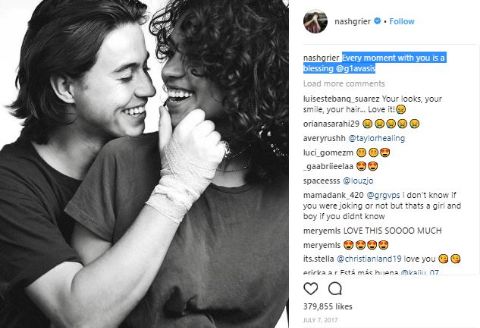 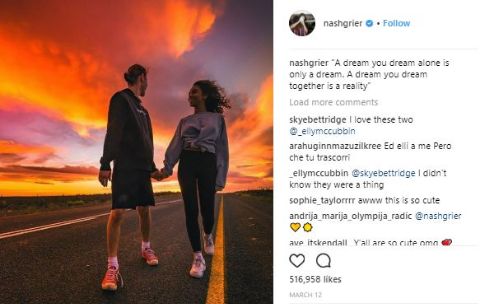 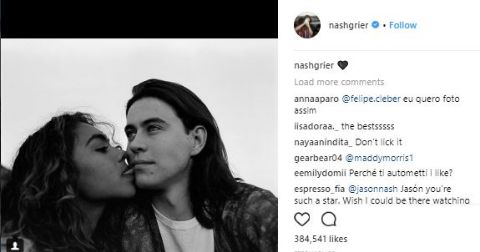 Each and every post of Nash with girlfriend Taylor has shown how much they love each other. There is no doubt that this couple is having a romantic life together after viewing it all. Hope they will maintain same faith forever.