Home Gossip Who is Eliza Hutton Dating after the death of Bruce Lee's son Brandon Lee? Know her Past Affairs and Relationships

Who is Eliza Hutton Dating after the death of Bruce Lee's son Brandon Lee? Know her Past Affairs and Relationships

The American producer and action director, Eliza Hutton was in an engaged relationship with the son of the renowned actor, Bruce Lee, but who is she currently dating?

The topic for conversation for today is the love life of the famed director, Eliza Hutton. Who is she currently dating? What about her relationships in the past? Stay tuned as we reveal the truth about Eliza Hutton's relationship.

Who is Eliza Hutton Dating?

The 54 years' old action director, Eliza Hutton is currently off the grid as she isn't connected to the world through any means of media and other communication sources. Looking at the life of the director, it seems as if she is not in any kind of relationships.

Also see: F. Murray Abraham and his wife, Kate Hannan are still very much in love, even after 54 years of married life. 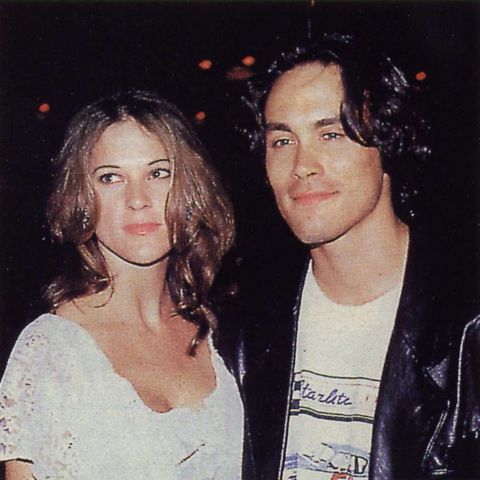 Eliza had been connected to the filming industry, but now she has not shown herself in such a big span of time. Her recent involvement was in 2011 in the TV series, The Confession.

In the show, she was a part of the filming crew, but nothing else is known about her. She doesn't use the social media platforms such as the Facebook, Twitter, and Instagram. Hence, it's such a difficult thing to determine whether she is currently dating somebody or not.

The filming professional, Eliza Hutton was in a romantic relationship with only one person, the son of the famed actor Bruce Lee, Brandon Lee.

How did the couple meet?

The couple met for the first time in 1990 during the Autumn season. During the shoot of the movie, The Crow, Eliza was introduced to Brandon as the assistant of Director Renny Harlin. Before meeting the assistant director, he was sure to not getting married but, things changed. As soon as they met each other, the couple fell in love.

Also see: Anthony Zerbe and wife Anette getting a divorce after 54 years of married life? 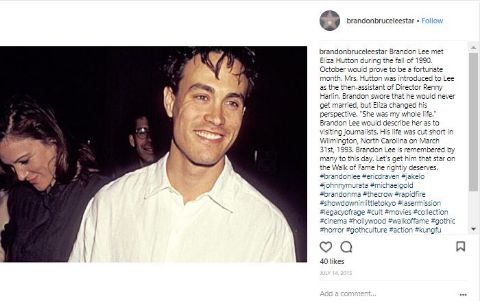 Brandon always described Eliza as his life. During October 1992, the pair were in Europe for the promotion of their movie, Rapid Fire and that was the time when the actor proposed Eliza. You all know the outcome as they were engaged.

What happened between them?

Eliza and Brandon were in deep love as they were engaged and to-be-married. However, their relationship had to come to an end following the accidental death of the star.

During that time, the couple was still preparing for their marriage. While shooting for the movie, The Crow, he was accidentally shot in the abdomen. The doctors tried to save him but, couldn't as he was pronounced dead at 1:04 pm.

After that, Eliza supported the movie till its end as it earned a total of $50 million at the box office. Since then, the director has been living her life secluding herself from the society and the filming industry. She also parted ways with the Lee family. 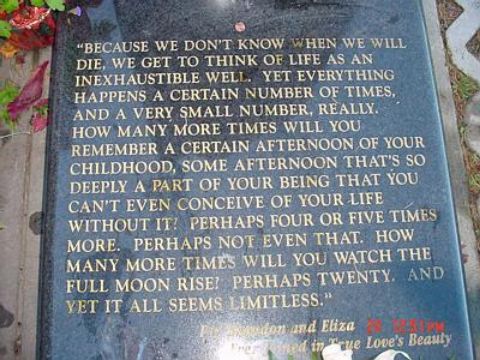 As everybody moved on, she stayed still, mourning the death of her beloved!