Home Gossip Who Is Criss Angel Married Currently? Angel Welcomes A Daughter With His Second Wife!!

Who Is Criss Angel Married Currently? Angel Welcomes A Daughter With His Second Wife!! 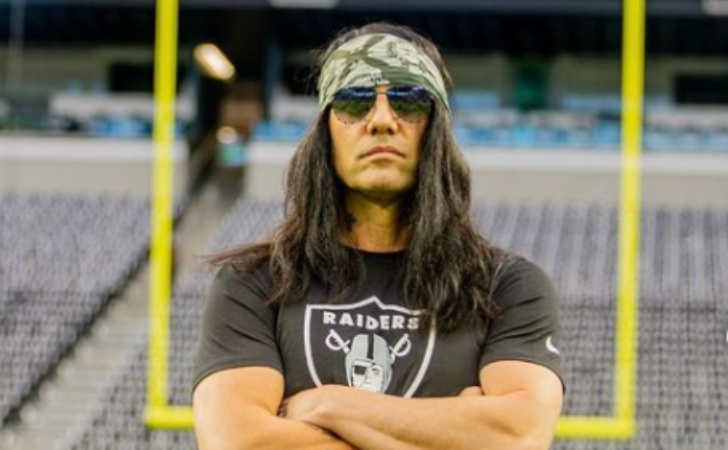 Criss Angel, 54, is an American magician, illusionist, and musician who is best known for starring in the television and stage show Criss Angel Mindfreak.

Angel has been on prime-time television for more hours than any other magician in history. Besides this, he was also the lead singer for his industrial band Angeldust and released five albums.

As of 2022, Criss is married to his wife Shaunyl Benson and recently welcomed their second child. Here learn more about his personal life, children, and net worth.

Who Is Criss Angel Married To?

The magician is currently married to his second wife, Shaunyl Benson. Shaunyl and Criss began dating in 2012 and had been living their best life. They exchanged their marital vows on 17 February 2015 amidst family and friends.

The husband-wife welcomed their first child, son Johnny Crisstopher in 2014 and Xristos Yanni in 2019. 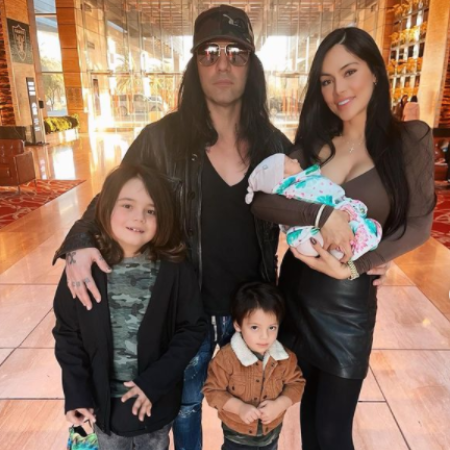 Angel was previously married to his longtime girlfriend, JoAnn Winkhart. They got married in 2002. However, things took a bad turn, and the pair filed for divorce four years later.

On 5 November 2021, the lovely couple welcomed their daughter, Illusia Angelina, after an emergency cesarean section. The baby girl weighed 4 lbs. 13 oz. and measured about 17 inches long at birth.

The father of two announced the big news with a sweet Instagram video captioned: "IT'S A GIRL!!! Ran to the hospital early this morning where my love @shaunylbenson had to have an emergency C-section 35 weeks into her pregnancy," Angel wrote, sharing a video from the hospital. "... She is currently in NICU. Both her and momma are resting and doing well." 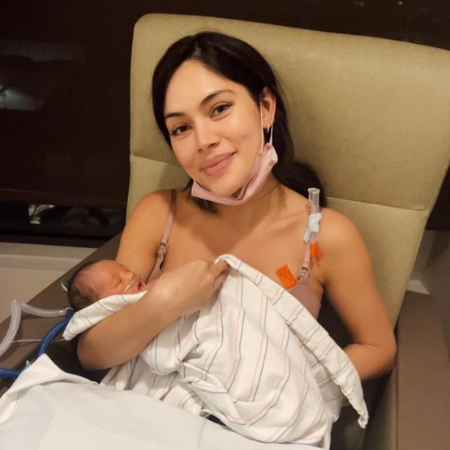 In the video, we can see Criss saying, "Look how beautiful you are, Hi baby! Yes, She's beautiful".

Shaunyl met her daughter four days after the c-section and expressed her emotions via Instagram, writing: "Last night at 11 pm, I finally got to hold my baby girl for the first time 4 days earthside. She's doing so much better. She has more tests today and more milestones to meet this week, but we are feeling so grateful and blessed for these moments."

She also added: "Her strength is mighty. I am so grateful and thankful to God almighty that she is here and she is alive. Thank you all for your love prayers and support,"

The couple had announced the pregnancy news and the gender of the baby back in June on Father's Day in an adorable video along with their two sons, Johnny Christopher and Xristos Yanni.

According to Celebrity Net Worth, the illusionist and magician have a net worth of $50 million as of 2022. But some other sources claim it to be around $60 million. No doubt, Angel amassed his multi-million dollar fortune from his successful career of over two decades.

In addition to that, he may earn some profit from sponsorship and endorsement deals. According to the Influencer Marketing Hub, Angel may earn around $1,458 - $2,430 from a single sponsored post on Instagram, where he has gained over 489k followers.

Angel performed his first magic show at the young age of 12, for which he was paid $10. Likewise, after graduating from East Meadow High School, he began touring and performing with artists in order to pursue a professional career as a magician.

Did You Know? Criss Angel is the only magician to win the Merlin Magician of the year award twice (2001 and 2004).

In 2005, he created, directed, and produced the A&E Network show Criss Angel Mindfreak. The first and second season of the show was filmed at The Aladdin in Las Vegas, while the third season was filmed at the Luxor Las Vegas. 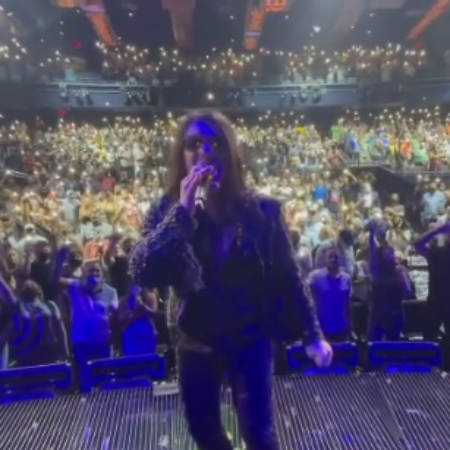 In 2006, he and Cirque du Soleil partnered and produced the stage show Criss Angel Believe, which premiered on 26 September 2006 at the Luxor Las Vegas. The show was financed with $100 million by Luxor's parent company, MGM Mirage.

Apart from magic, Criss is also a musician. In 1995, he and multi-instrumentalist Klay Scott collaborated to form a new band titled Angeldust. The band has released five albums entitled Musical Conjurings from the World of Illusion, System 1, System 2, System 3 and Supernatural.