Home Gossip Who Is Carly Hallam Married With? What Is Her Net Worth In 2022? Details Here

Who Is Carly Hallam Married With? What Is Her Net Worth In 2022? Details Here 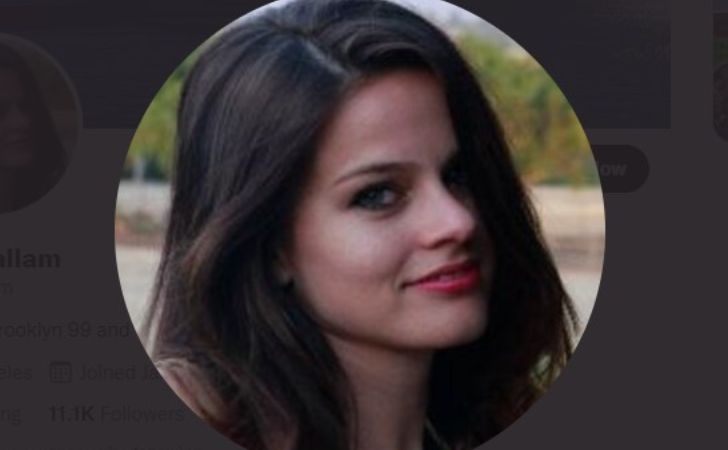 Imagine a book or a movie without a writer. Well, none of the two can be screened or even produced without a writer. However, in our sad reality, the writers get foreshadowed by the actors in terms of popularity, especially when we talk about the television screens.

Today, we will be talking about Carly Hallam who wrote for series such as Brooklyn Nine-Nine, and New Low. She has also made headlines getting married to the famous comedian Daniel Tosh. Learn more about their relationship below.

Meet Carly Hallam- Details Of Her Age, Education, and Childhood

Carly Hallam is an American actress and comic writer who grew up in Florida. She was born on Valentine's Day, February 14, 1985, under the star sign Aquarius. Likewise, she grew up with her parents alongside her brother. 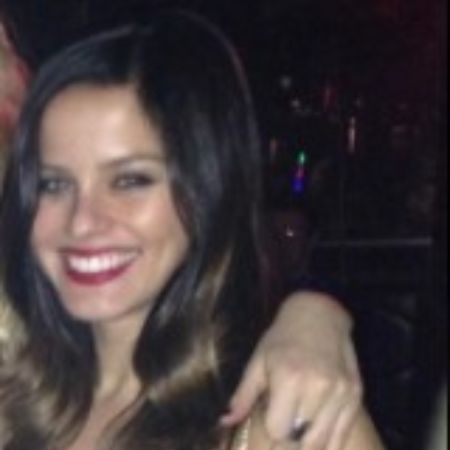 CAPTION: Carly posting a picture of her and her friends on the day of Halloween putting on a hamburger costume SOURCE: Twitter @carlyhallam

As of 2022, the writer/actor will be turning 37 years old. The Brooklyn Nine-Nine writer graduated from a local high school in Florida in 2003 before going to Florida State University to earn a BA in English.

Started Her Entertainment Career As An Actor

In 2009, Hallam was hired as a post-production assistant on the television show Men of a Certain Age. She then went on to play Starlet in the romantic comedy New Low in 2010. In 2012, she made her writing debut in the TV sitcom Tosh.0.

In addition, in 2016, she served as a story editor for the iconic American sitcom Brooklyn Nine-Nine.  The amazing woman worked as an executive story editor for the show until 2018. Her work in the series garnered plenty of attention and helped her establish a name in the writing circle.

Hallam also contributed comics to internet publications such as McSweeney's. Her post titled 10 Ways To Wear That Little Black Dress In Your Closet gained a lot of attention after being published on December 6, 2017. She also appeared in the film And Two If by Sea: The Hobgood Brothers in 2019.

Since 2019, the writer/actress has taken a break from acting as of early 2022 and has not been in any TV episodes or films.

Who Is She Married To?

As mentioned above, the talented writer is married to our favorite comedian Daniel Tosh. They first met at the sets of Tosh.0 in 2010 and eventually fell for each other. After a long relationship timeline, the two decided to tie their knots on April 15, 2016. 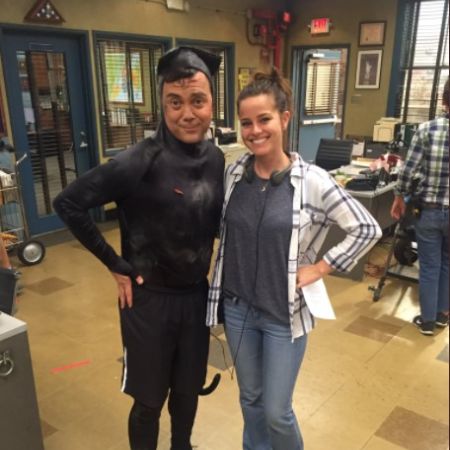 According to TMZ, the couple had a private wedding ceremony on the beach of Malibu, California. The pair has a long age gap as Carly was only 29 and Tosh was 41 when they married. They have no children even after six years of togetherness.

Before meeting Hallam, he was in a relationship with  Megan Abrigo, a famous actress and model. But, inevitably, things didn't work out for them as he soon fell for the beautiful writer.

What Is the Writer/Actors' Net Worth?

The 37-year-old has had a decade-long career as both screenwriter and actor. It is commendable that she pulled off both jobs garnering enormous feats in her career.

With a successful professional life comes a substantial net worth. She has an estimated value of $800,000. According to ziprecruiter.com, the comedy writer's median compensation is $57,356 per year, indicating that she has amassed significant wealth and money through her writing and a few acting gigs.

Similarly, her spouse's net worth is estimated to be a whopping $20 million in 2022. The two enjoy a lavish lifestyle but keep a low profile.

SEE: Where Is Actress Lacey Minchew Now? Is She Dating Anyone? Details Of Her Whereabouts Here