Who is Blake Bortles Currently Dating? What is his Relationship With Lindsey Duke, Know in Details

Blake Bortles is an American football quarterback of the National Football League. He has been able to receive a huge success in his professional life but how well has he done in his personal life? Is he single or married to someone?

Blake Bortles and Lindsey Duke started dating back when they were in high school. However, their relationship didn’t last for long. After he broke up with Lindsey, who is he dating currently? Know everything in detail about his personal life from this article.

Blake and Lindsey were high school sweethearts, which explains that they started dating back when they were in high school. They met in Florida. They continued dating throughout their college career. But once Blake’s professional career started to flourish, things between them started to worsen and they ended up breaking up eventually. 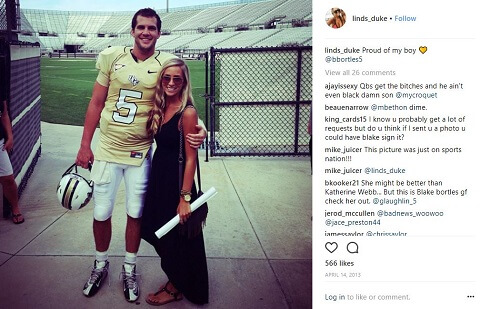 Rumors have it that Blake broke up with Lindsay because she started to become more famous than him during the NFL draft. Lindsay had more than six million searches whereas Blake just had 225,000 searches.

Also See Footballer Michael Strahan accused of spying on his ex-wife Jean Muggli; they divorced in 2006

Blake Bortles, who has a net worth of $11 million, has been single ever since his break up with Lindsey Duke. Looks like it has been hard for him to move on. But it might just be that he just wants to focus on his professional career for now and hasn’t given much time for thought of life partner. 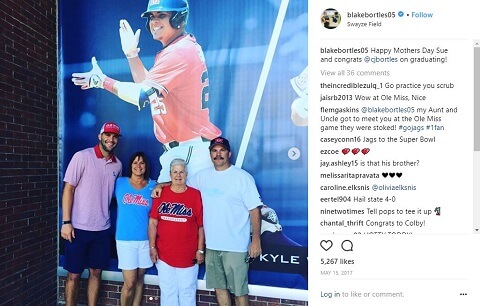 Looking at his Instagram, he doesn’t have any picture of him with a new woman, instead, he has many pictures with his parents. This break up might have made him closer to his family.

Must see: Is Big Tigger dating anyone? Does he have a girlfriend? Also get to know about his career

Who is Lindsey Duke dating after their break up?

Looking at the break up from Lindsey’s side, the break up has been for good. She had already gained the fame she needed. 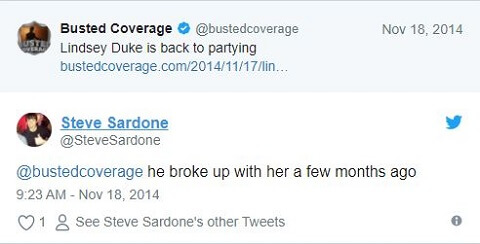 Not only is she happy with the break-up but she has already found someone new in her life to make her happy. The guy is none other than Ben Higgins. 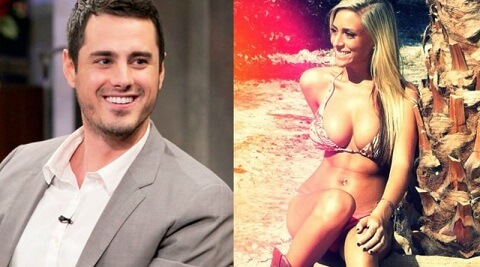 The couple started dating back in September 2017. However, it is not sure if they are still dating. All we can say is Blake is quite depressed from the break up whereas Lindsey is very much happy.