Home Gossip Footballer Michael Strahan accused of spying on his ex-wife Jean Muggli; they divorced in 2006

Footballer Michael Strahan accused of spying on his ex-wife Jean Muggli; they divorced in 2006 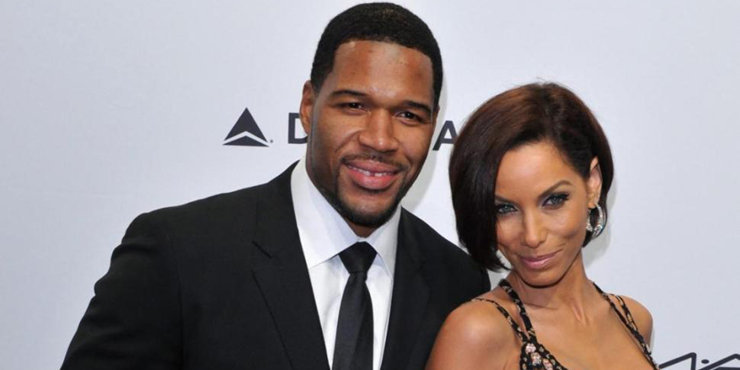 Just a few years after their troublesome marriage and the acrimonious divorce, Michael Strahan and his ex-wife Jean Muggli came into media’s attention again in 2014. The football mogul Strahan was accused of spying on his former wife and her younger sister, Denise.

Muggli also made a very serious accusation on Strahan stating that he fitted video equipment in her bedroom in 1999, just two years before their wedding. She said that Michael did so in order to film her younger sister undressing.

During their court battle for divorce in 2005, Muggli reported in the court that after the incident, the NFL star Strahan tried to bribe Denise $30,000 to hush her down. He sent the amount on her personal bank account after the alleged incident. But we still don’t know the true reason behind the exchange of the money.

After their separation, Muggli has not spoken publicly about their relationship and the hush money. Strahan had to give his former wife $15.3 million for the divorce settlement along with $ 18,000 a month for the child support for their daughters. They have twin daughters Sophia and Isabelle Strahan.

This gap-toothed retired American football defensive end has dated numerous women in his football career. He spent his entire 15-year career with the New York Giants of the National Football League (NFL). Strahan is the record-breaking player who has set the record for the most sacks in a season in 2001. He also won a Super Bowl in 2007.

He started as a media personality after his retirement from NFL. Strahan became a media personality. He is currently a football analyst on Fox NFL Sunday and a co-host on the television morning talk show, Live! With Kelly and Michael.

The other host is Kelly Ripa. He starred in and produced the Fox sitcom Brothers and also appeared as host for Pros vs. Joes alongside fellow Fox football analyst Jay Glazer.

This legend has dated numerous women in his lifetime. That’s the greatest boon of being the world famous football player and a media celebrity. You can date any woman you like when you have the net worth of $45 million. Strahan was married to Wanda Hutchins in Germany. They have a daughter named Tanita Strahan but they split in 2006.

Later he married Jean Muggli and as mentioned above, they had a very nasty spilled. He was accused of beating and cheating on her and ignoring their daughters. But after years of their break up, Strahan broke his silence and denied all the accusations made on him by his former wife on HBO’s “Real Sports” with Bryant Gumbel.

He said that he filed a divorce after seven years of their marriage and accused his wife of withdrawing $ 3.3 million from his bank account. He also denied the reports made by newspapers and media about him being an adulterer and a gay.

Rumors flew high about him being a gay as he shot a commercial film supporting same-sex marriage.

And: Jean Muggli’s net worth: She got richer after divorce. A $15 million settlement!!!

Strahan later kept an affair and got engaged to Nicole Mitchell in 2009 but they parted due to their busy schedule. Reports had it he had fitted a tracking device on his girlfriend’s car.