Home Gossip Where is child-actress Kerri Green now? Is she dating anyone? Is she married?

Where is child-actress Kerri Green now? Is she dating anyone? Is she married? 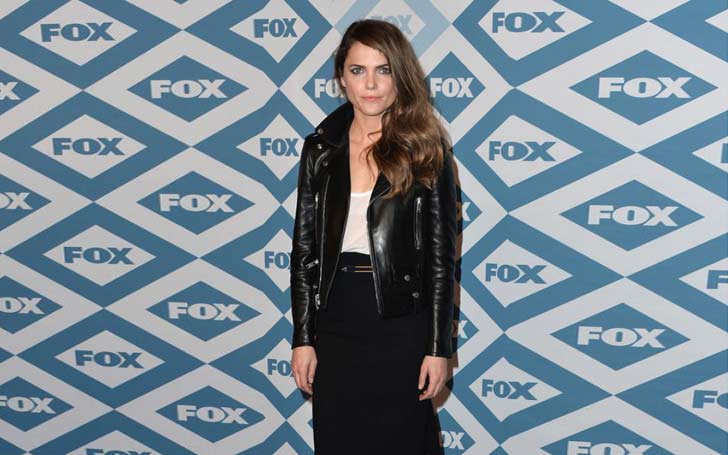 Kerri Lee Green is one of the most established American writer, actress, and director. She appeared in the several movies including "Summer Rental", "The Goonies", "Blue Fame" and more. She began her professional acting career in 1985.

With a cute face and beautiful smile, Green attracted numerous fans than expected. People are now keen to know about her personal life including whether she is married or dating someone. Learn more about her right below.

Is Kerri Green married or dating?

Even though Kerri Green started her professional career and acted in numerous movies, she hit the spotlight after appearing in the movie "The Goonies" in the role of Andy Carmichael.

Speaking of Green's personal life, she is already taken and reserved. She is a married woman. You know, Green is too secretive regarding her personal life and loves to hide all of her personal stuff behind the curtains. She rarely appears in the media and barely shares her life. Furthermore, her official instagram account is out of reach.

However, according to some sources, she currently lives in Loss Angeles, California with her husband and kids. Actually, she is now credited as “Kerri Lee Green” after her marriage in the nineties. The exact information of her wedding ceremony is still yet to be disclosed. Also, she did not reveal the name of her husband.

There are no any of her separation news or divorce issues ever broadcasted in the media. Moreover, she has never been linked to any other man or ever rumored to have any extramarital life. This might be the proof of her happy and healthy marital life.

Where is child-actress Kerri Green now?

Green decided to quit acting in the 1990s and started studying art at Vassar College. After quitting acting, Green did not completely leave the film industry but she occasionally did some guest appearances on the TV shows like ER and Law and Order.

In 1999, Green launched a production company, Independent Women Artists and directed one of the company’s movie, Bellyfruit which is based on teenage pregnancy. She co-founded this company with Bonnie Dickenson. She also played the lead role in the Indie drama ‘Complacement’ in 2010.

In 2009, Green reunited in the 25th anniversary of The Goonies and told Empire magazine, "Andy would still be in her mini-skirt, with a cigarette and martini, waiting for [Brolin's character] to come home!"

Green now is not the popular face among audiences and doesn’t appear on TV and social media. There are no any of headlines made.

The teenage actress born in New Jersey has done the movies like Summer Rental, Lucas, Three for the Road, The Burden of the Proof, etc. Green’s TV shows include Walt Disney’s Wonderful World of Color, ABC Afterschool Special, Mad About You, etc.

Green skipped her summer camp and attended some movie audition in New York where she was noticed by Steven Spielberg, who cast her as Andy in Richard Donner’s adventure movie The Goonies. It was the only movie for which Green is popularly known for as a teenage actress though.

So, now Kerri Green sometimes pops up at the television and she is heard to be busy writing scripts for the Hollywood films. She is currently living in Loss Angeles, California with her children and husband.