Home Gossip What Is Eric Christian's Olsen's Net Worth In 2022? More Details Here

What Is Eric Christian's Olsen's Net Worth In 2022? More Details Here 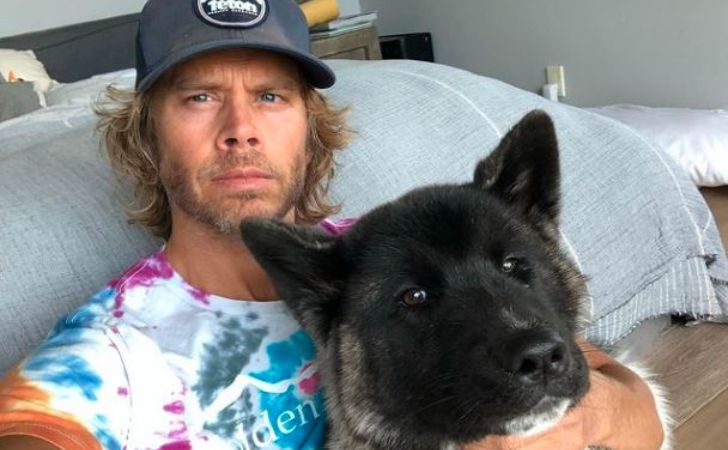 44-year-old Eric Christian Olsen has definitely made a big name for himself in the showbiz industry since his debut in 1997. Ever since the actor stepped into the entertainment industry, there was no going back.

During the span of his two-decade-long career, he has appeared in dozens of films and TV shows and is best known for playing Marty Deeks in NCIS: Los Angeles. Well, today we will talk more about his earnings and fortunes.

With over two decades of experience in the acting field, Olsen has earned quite a hefty amount for himself. According to Celebrity Net Worth, his fortune is estimated at around $13 million as of early 2022. 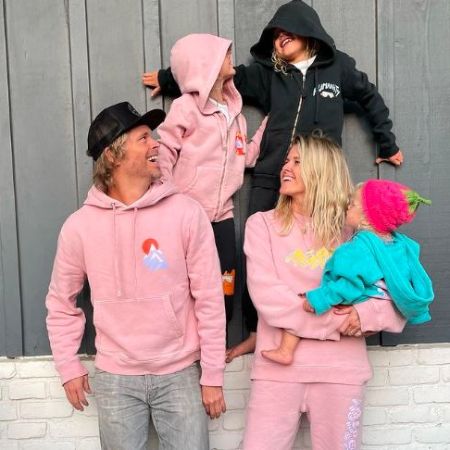 Moreover, he also earns a decent amount from his endorsement deals and sponsorships. With over 545k followers on Instagram, Eric can pocket around $1,630 to $2,717 per sponsored post from IG.

Olsen Is Happily Married With 3 Children

The Last Kiss actor is happily married to his long-term wife Sarah Wright. The couple got engaged in October 2011 and exchanged their wedding vows on 23rd June 2012 near Jackson Hole, Wyoming.

Their marital ceremony was attended by both of their families and close friends. Together the couple shares three children named Wyatt Oliver Olsen, Esme Olivia Olsen, and Winter Story Olsen.

Eric Christian Olsen was born on 31st May 1977 in Eugene, Oregon, the USA to Heanne Donstad and Paul V. Olsen. He is of Norwegian descent.

Olsen went to Bettendorf Middle and High School. At that time, he was involved in sports and even learned Japanese and Chinese. Moreover, he also trained in improv with ComedySportz Quad Cities later joining the cast.

The NCIS star made his acting debut as Adam in the TV series Beyond Belief: Fact of Fiction in 1997. He then appeared in tv shows like Black Cat Run, Arthur's Quest, Turks, ER, and more. 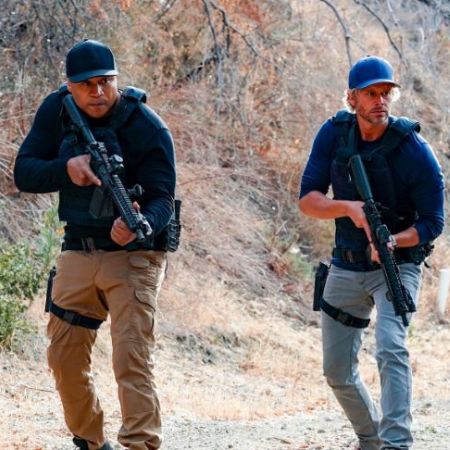 CAPTION: Olsen alongside his co-star on the set of NCIS: Los Angeles SOURCE: Instagram @ericcolsen

He landed his first major role in the Fox Network series Get Real as Cameron Green alongside Jon Tenney, Debrah Farentino, and Anne Hathaway.

In 2010, he joined the cast of NCIS: Los Angeles as LAPD Detective Marty Deeks from season 1-11. From season 12 onwards, he appears as NCIS Special Agent Marty Deeks alongside Chris O'Donnell, Peter Cambor, Linda Hunt, and others.

Some of his other notable acting credits Kick Buttoski: Suburban Daredevil, Hero Factory, Community, Brothers & Sisters, The Loop, and more.