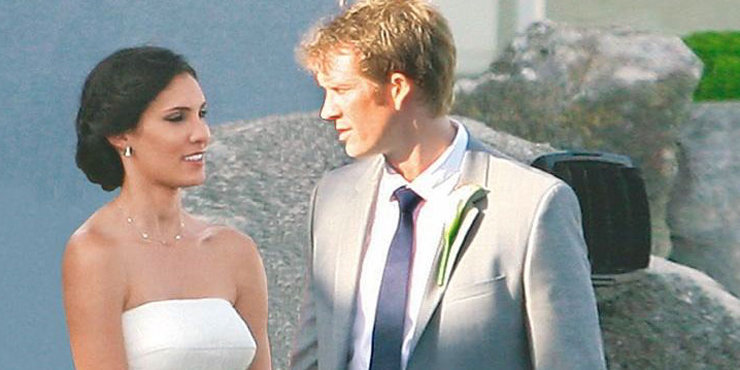 Actress Daniela Ruah posted a picture of her newborn daughter on Instagram along with her 2-year-old son and husband David Paul Olsen. The happy couple has been married for 5 years and lives in Los Angeles. 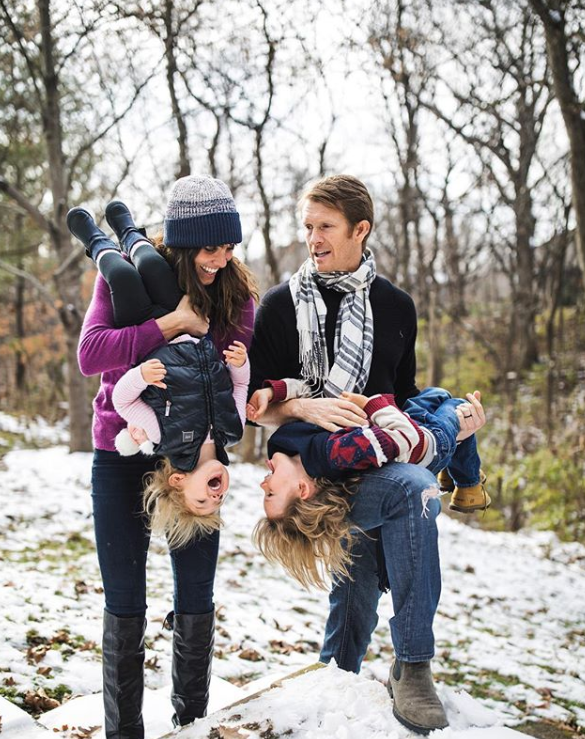 David Paul Olsen is a stunt performer and actor. He is of American nationality with Norwegian descent. Born on January 2nd, 1976, he grew up in his hometown of Illinois. He is the oldest child and has a brother, Eric Paul Olsen. Eric is also an actor and currently portrays the role of Marty Deeks in crime procedural drama NCIS: Los Angeles. David has performed stunt sequences in movies like Swiss Army Man, The Nun, Transformers: Revenge Of The Fallen and G-Force. David is married to actress Daniela Ruah and the couple has two kids, daughter Sierra Esther Ruah Olsen and son River Isaac Ruah Olsen.

Daniela Ruah is a Portuguese-American actress. She has won a Portuguese Golden Globe for her role in Revelation. The two hit it off quickly and had a son in 2013. Six months later the couple got married and have been enjoying a blissful married life. They also welcomed a daughter in 2016.

David was born in Illinois to Dr. Paul Olsen and Jeanne D Olsen. According to IMDb David’s mother, Jeanne has also taken small acting jobs here and there. She has played small roles in NCIS and appeared on Entertainment Tonight. David and his brother Eric have often been confused as twins due to their resemblance. This is not true, David is a year older than his brother. David and his family aren’t related to the Olsen twins either, despite a large number of people believing so.

Daniela and David met on the set of NCIS: Los Angeles. David was acting as a stunt double to his brother Eric who is also a part of the show. Onscreen, Eric’s character is engaged to his real-life sister-in-law Daniela. When David showed up on set, Eric played the matchmaker and helped the two start a conversation. Before long they fell for each other and were dating.

“Eric kept inviting me to friends’ houses that he knew Dave would be at. Then he stepped back and let whatever develop between us, and the rest is history!” 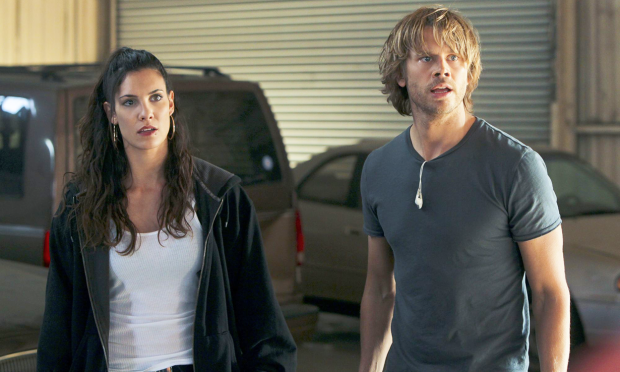 Eric himself is married to actress Sarah Wright with whom he shares two children, Esme Olivia Olsen and Wyatt Oliver Olsen.

David Paul and Daniela Ruah gave birth to a son River Issac Ruah Olsen on 30th December 2013. They were still dating at this point but the birth of a son seemed to have put a new perspective in the relationship. 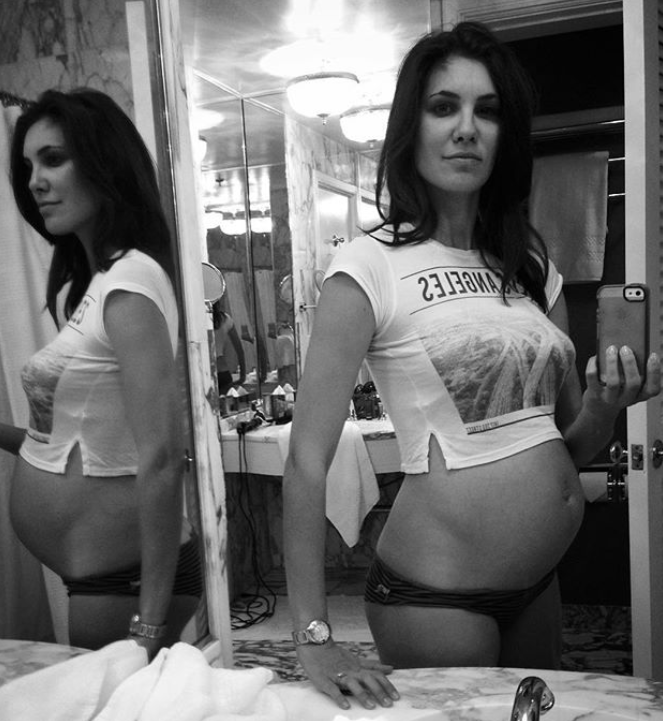 In a joint statement, they stated that River is strong and healthy and looks just like his mother Daniela. The couple mentioned that they are going to raise their children in a multilingual upbringing as Daniela is fluent in Portuguese, English, and Spanish.

David and Daniela got married in Portugal

After the birth of their son, the couple decided to tie the knot. On June 17, 2014, they got married in Portugal in a private ceremony. The event was attended by close friends and family. David’s father ordained the ceremony. Daniela talked about it being an interfaith ceremony and the marriage also contained Jewish traditions.

The couple did not go on a honeymoon and mentioned that they wanted their son to get a little older first. The newly-weds went from introduction to dating, giving birth to a son and married in a year and a half. Daniela also said that they want to relax and savor the moment.

Daniela was pregnant sometime in 2015 but had a miscarriage at just 9 weeks. When talking about the heartbreaking incident she said,

“Something like that hits you physically, emotionally, and psychologically.”

She followed up saying that her doctor encouraged her to try again.  On September 4th, 2016 she gave birth to baby girl Sierra. The baby was born three weeks early from the expected due date. Talking about their children, they stated that they would raise their children with both their beliefs and values but would put no pressure on them to choose a religion. 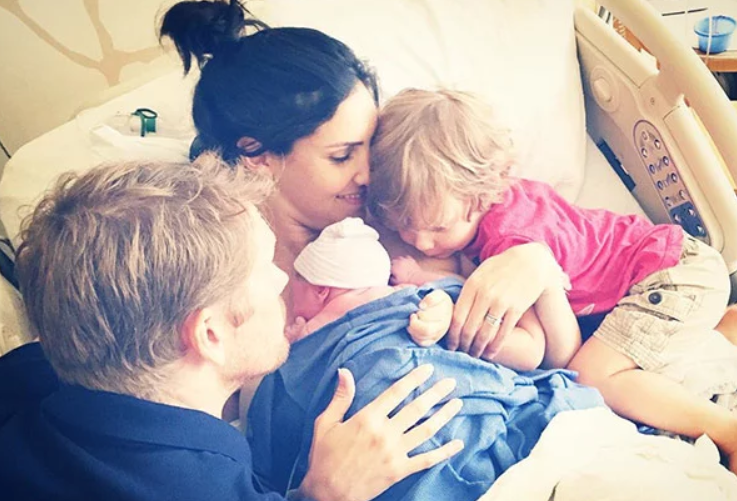 David Paul Olsen is known to be a spectacular and immaculate stunt performer. Besides stunt work, he has also taken supervisory roles during shooting such as utility safety and water safety. Many stunts performed by David has been uncredited but it seems the stuntman has no shortage of admirers. He has been contacted by various studios both on the big and small screen. He has over 55 stunt credits and 7 acting credits and has also been a motion capture stunt performer for video games.

David is 6 feet 2 inches tall with blonde hair and blue eyes. This favorable frame has led him to be cast as stunt double for various actors. He has also appeared as an extra in various movies, mostly in action roles. 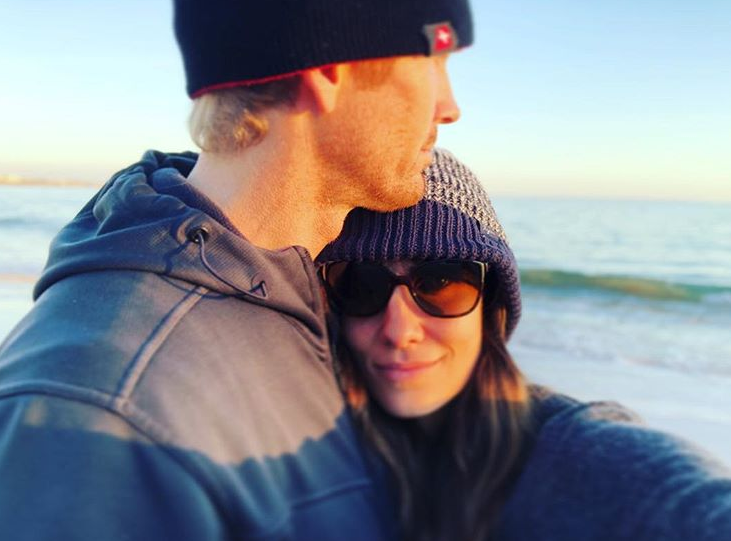 43-year-old David says he will continue to work as a stunt performer until he is 45, after which he plans to open an academy for adrenaline junkies and adventure sports enthusiasts. With over a decade of experience, he has amassed a net worth of $7 million. He has also mentioned that performing stunts is a way for him to get his adrenaline flowing.

While his wife is active on social media, David's online presence is relatively low. He is often spotted in pictures that his wife posts on Instagram alongside their two children. Currently, Daniela is a series regular on NCIS:LA. David is also busy with his schedule and has already done some stunts for show like Big Little Lies and Santa Clarita Diet in 2019.

What do you think of this couple? Tell us in the comments and as always, be sure to share this article.