Home Gossip What Is Davina McCall's Net Worth In 2022? Details Of Her Career, Family, Age, & Children Here

What Is Davina McCall's Net Worth In 2022? Details Of Her Career, Family, Age, & Children Here 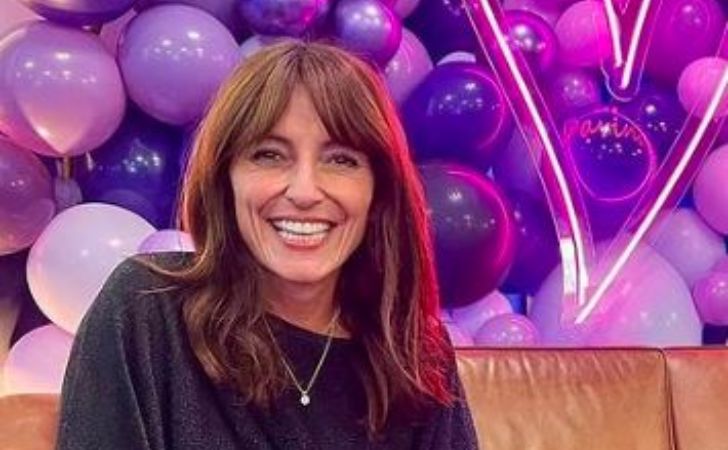 Davina McCall, 55, has gained massive recognition as a host and television presenter of some of the most popular series in the UK, including Big Brother. Similarly, she is considered the most demanded and popular TV presenter in the UK.

Besides her successful career, her divorce made news headlines in 2017. Scroll down below to find out more about her relationship status with us.

Davina Lucy Pascale McCall was born in Wimbledon on October 16, 1967, to Andrew McCall and Florence Hennion. She is 55 years old as of 2022. 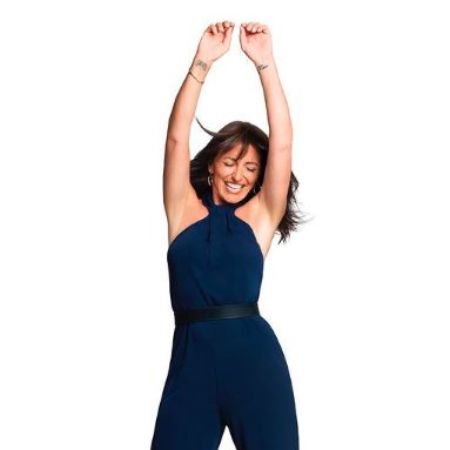 After her parents divorced when she was three, she was raised by her grandparents before moving in with her father as a teen.

McCall rose to stardom in the 1990s, thanks to her work with MTV. The star originally became a presenter in 1992 and has since presented several hit TV programs - most notably Big Brother while it aired on Channel 4.

She's also done shows including Long Lost Family, The 100k Drop, The Masked Singer, and This Time Next Year. In 2021, the 54-year-old aired a new episode of Long Lost Family: Born Without Trace. Davina's first regular TV hosting positions were on Streetmate and Don't Try This At Home in 1998.

McCall Has Been Married TWICE

Her love life seems to have taken a rocky path over the past years. As of 2022, she has married twice and the upsetting part is that both of her marriages ended up in separation.

She first walked down the aisle with her then-boyfriend Andrew Leggett in 1997, but the couple divorced the following year.

After her divorce from Andrew, Davina tied the knot with Matthew Robertson in June 2000 at Eastnor Castle in Herefordshire. The lovely couple shared three children named: Holly and Tilly, two daughters, and Chester, a son.

After two decades of togetherness, in November of 2017, the couple got divorced due to personal differences.

Is She Dating Someone? 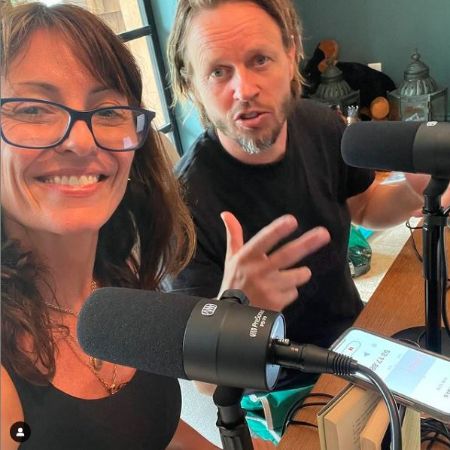 CAPTION: McCall and Douglas began dating in 2019 and are still together SOURCE: Instagram @davinamccall

The couple made their relationship public in 2019, two years after Davina's divorce from her second husband Matthew Robertson. Although she is very much in the public eye, she keeps her relationship private.

According to sources, Davina became a confidante to her new partner during his divorce from his ex-wife. She and Michael have since launched their podcast Making The Cut and seem content together.

What Is Her Estimated Net Worth?

Davina has established a successful career for herself. According to credible sources, Davina is worth $4 million as of early 2022.

She's not only made a fortune through presenting but she's also published multiple books during her career.

Davina also owns property worth more than $10 million, including a £3.4million ($4.6 million USD) worth mansion in Kent, a $2 million St Tropez villa, and a $1.3 million Surrey manor.

She's also the face of the cosmetics company Garnier for many years and has launched several exercise DVDs.

In 2014, the broadcaster completed a seven-day triathlon for Sport Relief, raising more than £2 million (i.e. $2.7 million USD) for the charity.