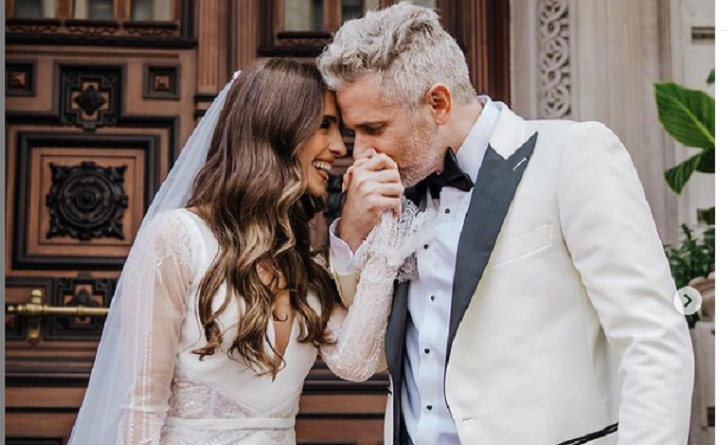 Please scroll down to know in detail about Venessa Grimaldi’s special day. When and how did the pair start dating? What happened to her relationship with former partner, Nick Viall? Know everything below:

The 33 years old television personality has finally tied the knot. Grimaldi got married to her boyfriend-turned-husband Josh Wolfe, who is a businessman.

As per sources, the newly married couple exchanged the wedding vows on 27th August, in a private-intimate wedding ceremony with only immediate family. They got married in their hometown of Montreal, Canada, at Le Mount Stephen Hotel. Tania Tassone planned the event. 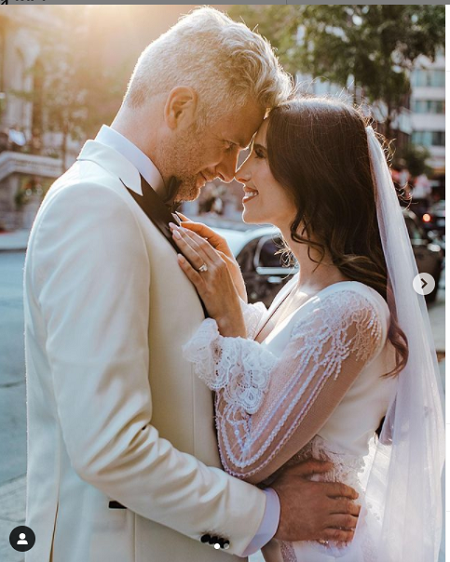 For the special day, the reality television personality wore a custom lace gown designed by Maria Arciero Design that have J and V embroidered on the sleeves. On the other side, her husband wore a suit made by Miguel Waxman.

During the ceremony, the duo exchanged rings by Teresa And Sons, whereas they also read each other traditional vows. Following the ceremony, the guests enjoyed a lasagna dinner for the reception catered by Beniamino Restaurant. They then danced to the tunes of artist MaryDee.

The reality television personality admitted that she is over the moon. She also claimed that her partner, Wolfe, is the best partner to have in her life.

Vanessa and Josh Wolfe started dating after she broke up with reality television personality Nick Viall. As per sources, the couple got to know each other via Instagram. Wolfe slid into her social media DMs, and they started talking.

The couple spoke on the phone for a couple of weeks. During the time, she was out of town. The pair revealed that they had one of their first dates in New York City. Recalling the moment, Grimaldi said that they booked flights even without having met.

Grimaldi and Wolfe got engaged on 9th August 2020, after dating for nearly one and a half years. Wolfe popped the question while they were on a road trip to Quebec City. They got engaged at Sait-Louis Gate. Grimaldi announced the happy news via Instagram. The reality television personality revealed that the moment was intimate and beautiful.

Grimaldi also admitted that she had no idea. She was clear that they would get engaged eventually, but the proposal just blew her off. The couple enjoyed an engagement party at a Lebanese restaurant.

Josh’s real name is Joshua Bernard Reginald Wolfe. He was born on 4th February 1985 and is currently 36 years old. He was born in Montreal, Quebec, Canada, and belongs to Canadian nationality.

Wolfe grew up with his two sisters. His sisters have children with who he loves to spend time. If you have checked Wolfe’s Instagram, then you might know that he spends plenty of time with his nephews and nieces. 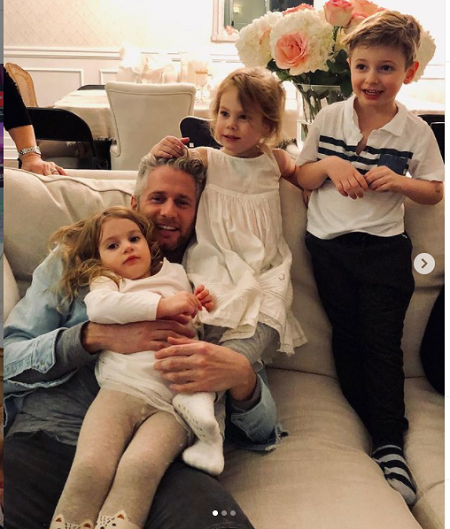 Talking about Wolfe’s parents, his father died in 2012. He spoke about his father on social media.

Professional Career; What Does Vanessa Grimaldi’s Husband Do?

According to LinkedIn profile, Grimaldi’s husband works in the position of Director of Outreach and Programming in the Quebec and Atlantic Canadian region for the Centre for Israel and Jewish Affairs.

His LinkedIn profile also revealed that Wolfe has worked in the government relations industry. Wolfe describes himself as a strong community and social services professional.

Many might not know that Grimaldi’s husband was a cross-country runner. He has won 5K races like Canterbury Invitation and Outdoor Track Interscholastic Championships in 2003. He once had a brief pause in his running career due to an injury but later returned.

The Bachelor alum was once in a relationship with co-star Nick Viall. They met on the set of the reality show. They even got engaged in the March 2017 finale of The Bachelor; however, they called off their engagement in August of the same year.

During the time, Grimaldi and Viall did not reveal the reason behind their engagement. However, three years later, they admit that they always struggled to meet each other halfway.

In the Viall Files podcast, Viall revealed that they went so unproductively and admitted going in the complete opposite direction that their relationship crashed and exploded.

The two admitted that they were just too different. She said: We were two puzzle pieces that just didn’t fit.

However, for now, Grimaldi is happily married to husband Wolfe.

SEE: Hollywood Legend Ed Asner Died At The Age Of 91; His Married Life And Children? What Are They Doing Now?