Sophie Kasaei and Joel Corry Started Dating since 2011, Are they Still in a Relationship?

Love is always worth fighting but not if you are the only one fighting there. It doesn’t need to be a big serious fight for a couple to separate nowadays, just a simple misunderstanding and bam, it’s over.

But in the case of Geordie Shore’s, Sophie Kasaei and Joel Corry is different in here. Everything was going fine till one call from Corry parts them completely. Scroll down and know the more details about most talked couple Kasaei and Corry.

Must read: Who is Sophie Kasaei Dating Right Now? Get Full info About her Past affairs and Relationship

Sophie Kasaei and Joel Corry successfully crossed their five years of a relationship until it all came to a halt. The duo first met on the show Geordie Shore and the spark between them rose eventually in the season two of the show. They started dating officially in 2012.

Being the onscreen pair they also got tons of love and support from their fans. Some were jealous while some adored their bonding. They stayed in an on and off relationship for quite a long time getting accusations of cheating each other time and again. However, their affair never ended defying the ‘Geordie Shore relationship curse’ for so long. 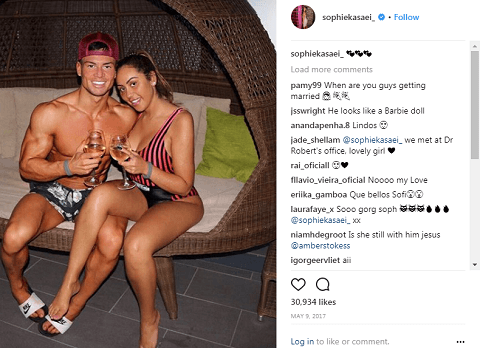 With so much love and affection going on no one ever thought that their relationship will really come to an end one day. However, not everything in life goes as one's assumption.

Followers were shocked when Sophie confirmed her boyfriend Joel ended things up with her over the phone in September last year. Furthermore, sources told The Sun that:

“They have split. It's been rocky for a while but it's over. I don't think she wants to talk about it too much as it's been very on and off, but it's over right now.'

Corry not being ready yet for a contended life with Kasaei led them to part their ways.  Sophie speaks up to the New! Magazine saying:

Has Sophie found a new man?

Following her break up reveal, Sophie expressed her true feelings to the Closer after departing from her six years long boyfriend Joel Corry stating:

“I feel a little bit lost at the minute. I’m lonely - I’ve split with my boyfriend and have nowhere to go, really. I’m thinking, ‘Where do I go now?’

“I might go back to Newcastle this year, which will be weird, but nice to be surrounded by friends and the girls again.” 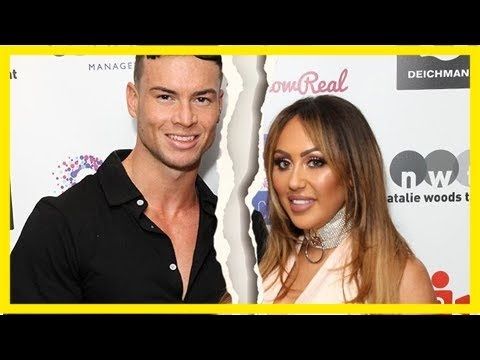 Seems like Nothern lass Sophie, 28 found it hard to recover from the heartbreak. Who wouldn’t when the one you dreamt of spending your whole life with says you he isn’t ready yet.

However, Sophie knew it better that it’s no use crying over the spilled milk. The now single babe is focusing fully on herself as well as her career. Kasaei is finally over her ex now which she proved by sharing flirty snaps with a brand new guy named Kokane. She was seen being cozy with the guy on a holiday. 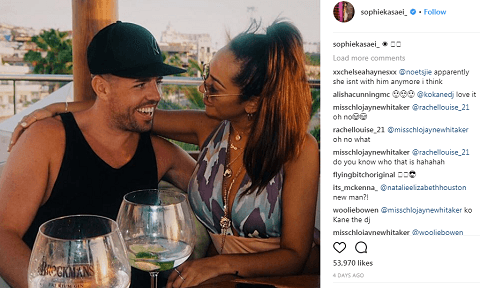 She also once told new! that Joel did a favor by calling time on their romance as she felt their affiliation was more like a routine and a business than a relationship. Well, let’s hope that she will find the one she can be committed to. Our best wishes for her bright future.