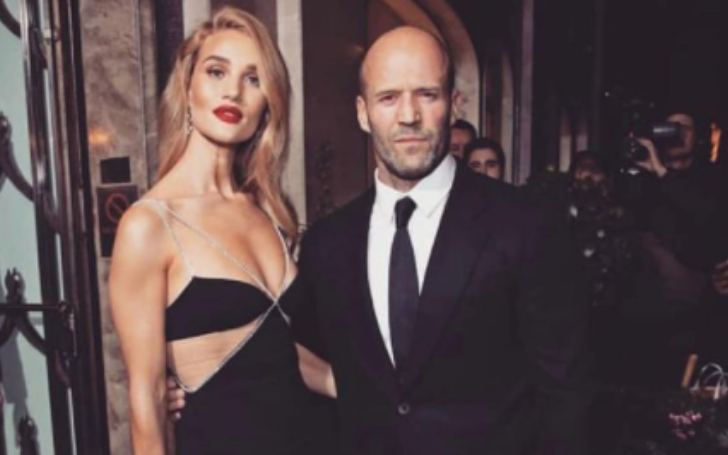 Supermodel Rosie Huntington-Whiteley, 34 surprised her friends and fans with some exciting news a few days ago via Instagram. On 19th Aug 2021, Rosie shared a series of photos captioned "Taaa daahhh !! #round2" hinting that she and her fiance Jason Statham are expecting baby no.2.

In the last picture, she was seen wearing a body-hugging ribbed knit dress and her hands on her growing baby bump. Shortly after the news was announced, congratulations/good wishes came flooding her way.

The 34-year-old model announced her first pregnancy also on Instagram four years back in 2017. Back then, she broke the news in a beach photo clad in a bikini fully showcasing her baby bump.

She captioned the post simply: "very happy to share that Jason and I are expecting!! Lots of love Rosie x. Photo by @jasonstatham".

The couple welcomed son Jack Oscar Statham on Saturday 24th June 2017. At the time of his birth, he weighed 8.8lbs.

During an interview with Harper's Bazaar UK, Rosie talked about her experience and opened up about how becoming a mother changed her life.

She said: "It sounds so clichéd, but it's just been the most magical experience," she told the outlet in 2018. "Everything feels so special and sweet and wholesome and loving and then at the same time it's been … life-changing, and my focus is now this person; this is what I want to do. This is what I want to pour my heart into now. … I feel different. Everything changes, it really does."

Four years later, Huntington took to Instagram to announce that she is expecting a second baby. This time, she shared a series of mirror selfies with beautiful outfits in which some camouflage her baby bump while others highlight it.

Together Since 2010: Hollywood's Most Low-key Couple

The former VS angel began dating English actor Jason Statham in 2010. As per reports, the couple first met at the 2010 Coachella Music Festival when Rosie was just 22 and Jason was 42.

The couple eventually began dating and announced their engagement during the 2016 Golden Globes award.

The couple has been together for over a decade as of 2021 and is called Hollywood's most low-key lovebirds. They rarely flaunt their love life on social media, unlike other lovey-dovey Hollywood couples. 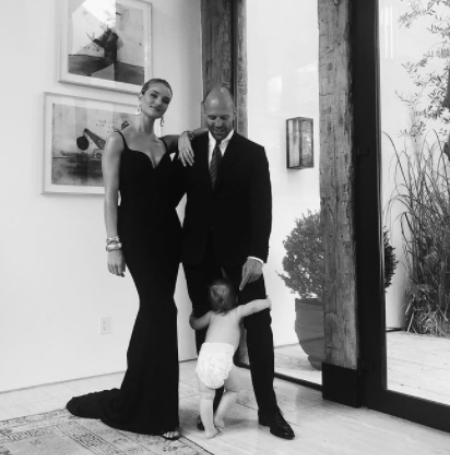 During an interview with Extra in 2018, the 34-year-old model opened up and said that marriage wasn't at the top of the list for her and Jason at the moment.

She said: "I think the time will come. We've been so focused on our work for long and Jack came along, we definitely talk about it. We're looking forward to that time. It's also not a huge priority for us. We're so happy."

Rosie added: "I think it will be fun to do it when the baby's grown up a bit and he can be involved in the wedding,"