The American actress and singer, Raini-Alena Rodriguez aka Raini Rodriguez who is best known for her portraying in the Disney series Austin & Ally as Trish has collected a huge amount of net worth, and has shocked all her fans by losing the weight.

Raini who started a career at an early age has had a very successful professional life and earned lots of name, fame, and money. These days the actress has been the talk of the topic to all of her fans of the drastic change in her outlook. Everyone wants to know the reason behind her being thinner day by day which isn't a surprise. Also discuss Raini Rodriguez's net worth, earnings, and career details.

Whenever one thinks of an actress and a lead role at that, they automatically think of a cute girl with a maintained body structure. But, in the case of Raini, it's just the opposite. Raini Rodriguez who played a lead role for Disney Channel's Austin and Ally but, she is not your typical actress, is she?

Also see: What does actress Raini Rodriguez have to say about the pressure on actresses to lose weight???

Every girl wants to stay healthy and maintain their body structure. The same thing has also struck Raini's mind. So, she is also in the process of losing weight. Raini, who once had a plus-sized shape has lost 25 pounds than she was back then i.e, 170 pounds.

All this happened after she started taking healthy food. As per her, she mostly prefers to take drinks that are based on vegetables. She didn't specifically disclose what she does for exercise but she gave her advice to all the people that, a change in eating habits will make everything easier.

The actress who is famous for her appearance in the TV series Austin & Ally has 25 acting credits in over a decade of career. With all this work, she has been able, to sum up, a net worth of around $2 million as of early 2022. 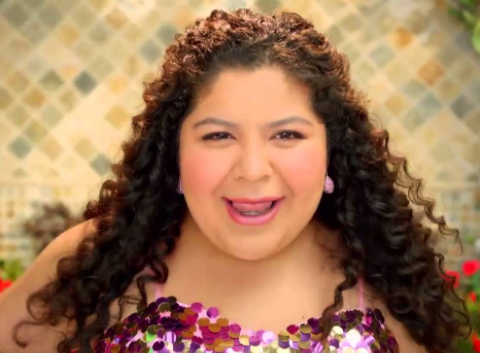 The actress, Raini was discovered at the age of 11 by a California talent agent. Later on, she moved to LA with her mother and her sibling to kickstart her acting career. After joining Hollywood, she has given her full effort in acting and has also been able to garb Best Young Television Actress at the Imagen Awards.

Raini-Alena Rodriguez was born on 1st July 1993 in Bryan, Texas under the birth sign Cancer. She is 29 years old in 2022. She was born to Roy Rodriguez and Diane Rodriguez.

Rodriquez holds an American nationality and has Latin ethnic descent. She grew up alongside her three brothers, Ray, Ray Jr. and Rico Rodriguez. Rico is also an actor best known for playing Manny Delgado in Modern Family.

She has over 2.5 million followers on her official IG handle @rainydaychatter as of April 2022.