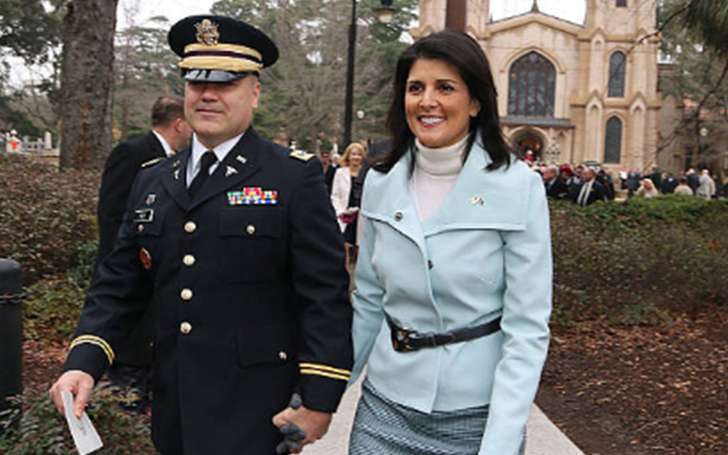 Nikki Haley; the first female to serve as the governor of South Carolina and has a net worth of 1.6 million, is married to husband Michael Haley and living happily with him and their children.

Nikki and Michael have been married for more than two decades and already are the parents of two. The couple has no stains in their marital life. Michael has always been a pillar of support to his wife, Nikki. We are going to discuss the romantic relationship of this couple, let's have a look at it.

Nikki and her husband Michael, a captain in the South Carolina Army National Guard, got married in the year 1996. It's been over two decades that the couple tied the knot and is living happily supporting each other. 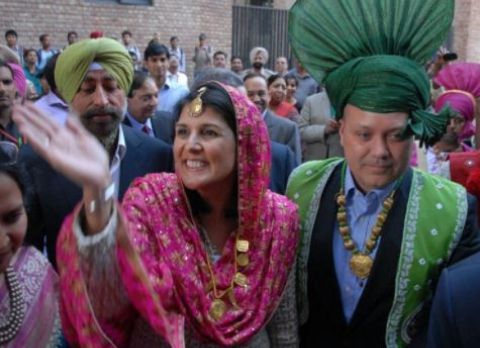 The couple met at Clemson University for the first time, from where Nikki got her Bachelor’s Degree in accounting. The couple met during their first weekend at the college. 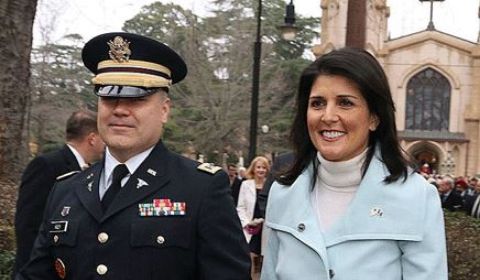 Following the marriage of Nikki and Michael, the couple has already celebrated their 21st anniversary, and their marriage is still going as strong as it was back in the days.

Literally, most of the couple celebrate their wedding in only one ceremony even if the couple is from different religions. In that case, they have to follow the ritual as per the grooms. However, in Nikki's, the most amusing part of their wedding was the couple exchanging vows in the Sikh and Methodist ceremonies. 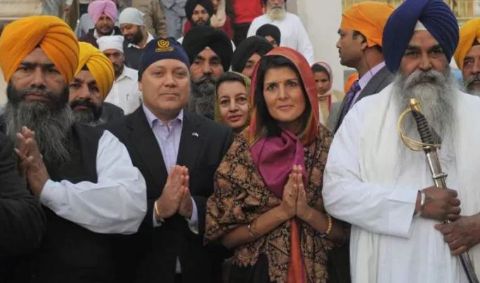 The governor was born to Ajit Singh and Raj Kaur Randhawa and raised a Sikh. The couple performed their wedding ceremonies in both a Methodist church and a Sikh Gurdwara. Even though Nikki is identified as a Christian today, she still participates the Sikh culture.

Being married for more than two decades, the couple has given birth to two children; a girl and a boy. Well, the exact date of their children's birth is unknown, but she became a parent for the first time in 1998, after giving birth to daughter Rena. 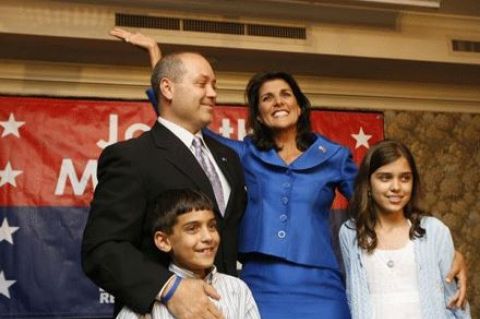 And after four years of her first born, she gave birth to a second child as a boy, Nalin in 2002. Also, Haley has raised her child as Christian, but she also made them participate in Sikh culture too.

Well, the family of four is living a happy life together in South Carolina, America. Even though we use to get heard about some rumors and controversies of Haley, but none of those things has affected on her personal life as Nikki and Michael trust upon each other.