Home Gossip Nev Schulman is Living Happily with his Wife Laura Perlongo and Children,Know about their Married Life

Nev Schulman is Living Happily with his Wife Laura Perlongo and Children,Know about their Married Life 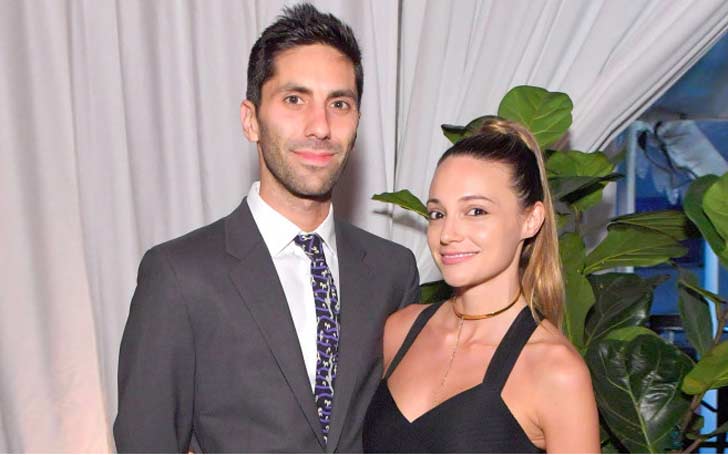 American actor, producer, photographer and Tv host Nev Schulman being a father of a child is living very blissful life with his wife Laura Perlongo and his child. The couple in a very beautiful phase of their lives as they have a child together to add a flavor to their lives. So let's know more about Nev Schulman's married life and his feelings towards being a father.

Nev Schulman is very happy spending his time with his gorgeous wife and his child. The couple feels very blessed to get the partner like each other and seem to be in a very deep love. The couple often keeps sharing each other's pictures in the social media which proves the relationship between them is working out well and are very happy being a loving parent. Let's explore more:

Nev Schulman and the writer Laura Perlongo are very lucky to get each other as their life partners as they are both very caring and dedicated to each other. The couple tied the knot on July 22, 2017, in Hamptons. 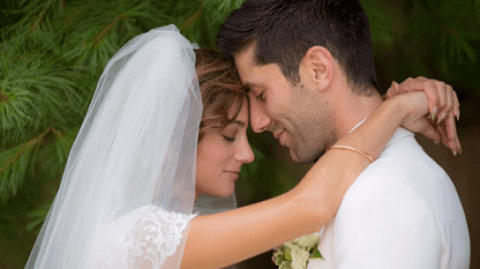 The couple was first engaged on May 26, 2016, and then the couple finally decided to get married with the blissful attendance of Nev and Laura's child in the wedding which was one interesting sight. Also, it was a very beautiful moment to all who attended the ceremony.

Nev expresses he was the luckiest guy and could not stop smiling and was the happiest day of his life, sharing a picture of his wedding day along with his wife and a daughter. The couple often shares pictures and videos via different social media sources. We can also see the love growing wilder between the couple as they are very caring for each other. 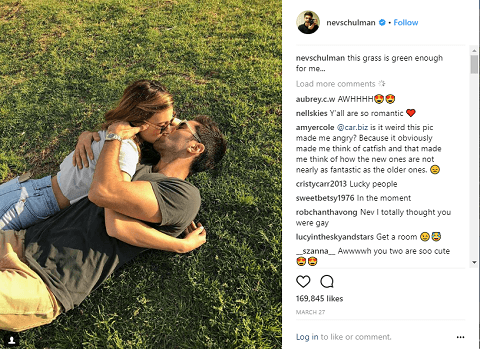 CAPTION: Nev Schulman and Laura Perlongo having a romantic time together SOURCE: Instagram

The couple is having the best time as they are together and have been enjoying their married life to the fullest as a husband and wife.

Nev and Laura have built a great relationship with each other that would make every couple jealous as we can see the love between the couple in the pictures and videos they share.

Children of Nev Schulman with his wife Laura Perlongo

Nev Schulman and Laura Perlongo shared the daughter before they were even married. In May 2016 Nev announced that he was expecting his first child, a daughter with his girlfriend and current wife Laura Perlongo. After then the couple got engaged and on October 21, 2016, Laura gave birth to her first child a daughter, Cleo James. 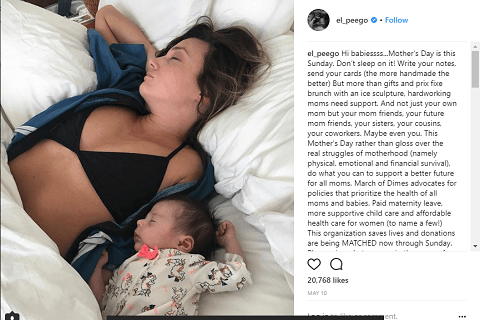 Both Nev and Laura are taking a good care of their first child as a father and mother. Despite the busy schedule, the parents of a beautiful Cleo are taking the time out for their child. We can see lots of pictures and the videos of them sharing their time with the child which proves the bond and love between the parents and child. 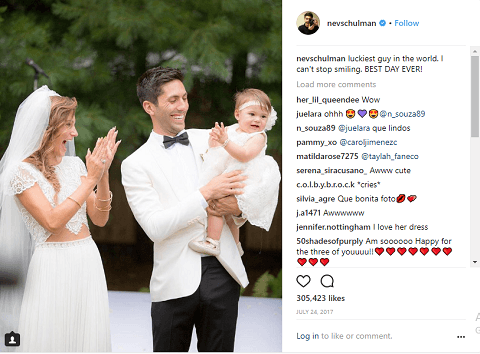 Nev is giving his best to prove himself as a great father as he keeps good care of his daughter and spends as much of time he can give to his daughter. Nev along with his family members are living a blissful and happy life.