So, are Mariah and Max Ehrich really dating? If not, who are they dating? Scroll down to know everything:

Back in late 2020, Demi Lovato’s ex-fiance was on the headlines once again for his love life. Mariah and Max were spotted kissing in Miami Beach. During the time, they were caught taking selfies while kissing and getting flirty. 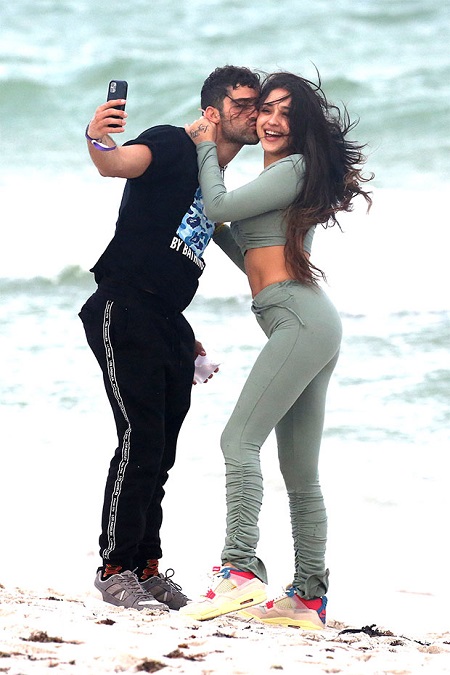 The cozy-so-much-like-couple photos surfaced just a couple of days after Lovato poked fun at her and Max’s failed relationship while hosting the E! People’s Choice Awards Sunday night.

Later, they even posted on Instagram, which fueled many romance rumors. Also, before Mariah, Max was rumored to be dating Sonika Vaid. Back on 13th October 2020, they were enjoying a night out on the town. But later sources confirmed that they are not dating; instead, Max wants to make it look like he is moving on.

Are They Really Dating?

No, Mariah and Max are not dating at all. Even though numerous rumors of the two datings flashed on the internet and media, it seems like they are not dating.

While surfing around Mariah’s Instagram, she has openly posted pictures of her boyfriend Roshon Fegan, an American actor, dancer, and rapper. It is not clear when they started dating, but they are going strong as of now. 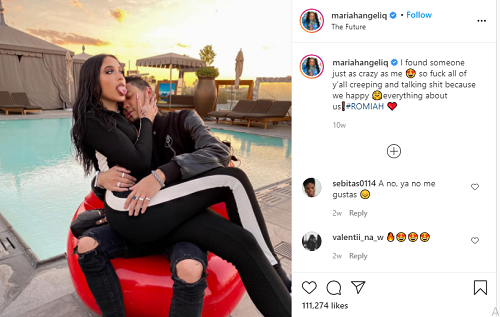 While on the other hand, Max is currently dating actress Yamila Saud. The couple made headlines in Feb 2022 after they were spotted going out together.

Mariah celebrates her birthday on the 7th of August every year. She was born in 1999 and is currently 23 years old. She was born and raised in Miami, Florida, the United States of America.

The name and details of her parents are not known; however, her parents are of Puerto Rican and Cuban descent. Her nationality is American and belongs to mixed ethnicity.

The singer is bilingual. She was three years old when she started learning English, as Spanish is her first language.

Mariah left her school at the age of fifteen to start her musical career. At the age of 16, she ran away from home to go to the studio and record music. She released two songs Blah and Melo, which grabbed recognition.

As of 2022, Mariah Angeliq’s net worth is reported to be around $1 million in 2022. She earns a decent figure of money from her musical career, endorsements, and social media accounts like Instagram where she has over 2M followers currently.