The couple announced their wedding via an Instagram post which was captioned "Mr. and Mrs. Jones!" along with heart emojis. Here, learn more about their wedding with us.

Emma And Jade Exchanged Their Vows After 21 Rocky Years

After dating one another for 21 years, the couple exchanged their wedding vows in a low-key ceremony.

Bunton was wearing a stylish white dress by Mui Mui featuring a short hem and long mesh sleeves paired with a floral headband. 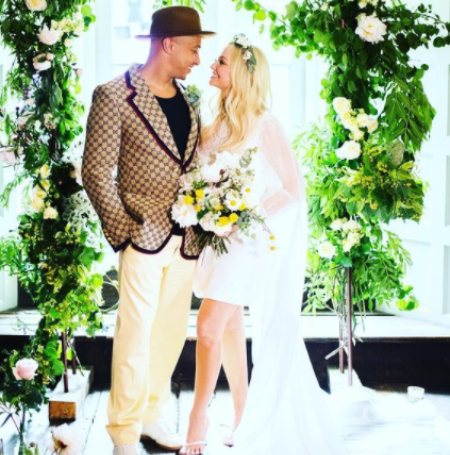 While Jade looked handsome in a checkered suit and white chinos paired with matching white shoes.

The singer confirmed the news with a snap of her and Jones captioned: "Mr and Mrs Jones!" After the news was broken, the newlyweds received congratulations from fans as well as celebrity friends including Victoria Beckham, Mel B, and Peter Andre.

The wedding was held in a large room decorated with candles, flowers, and a large floral arch in the center.

The Spice Girls member began dating Jones in 1998. During that time, Bunton was at the height of her career while Jones was a part of a short-lived boyband, Damage.

Bunton and Jones got back together in 2000 splitting only after two years for the second time. As per the rumors their second split happen because Jade did not agree with Emma's decision to work with Simon Fuller on her solo career. The rumors were later denied by Jade. 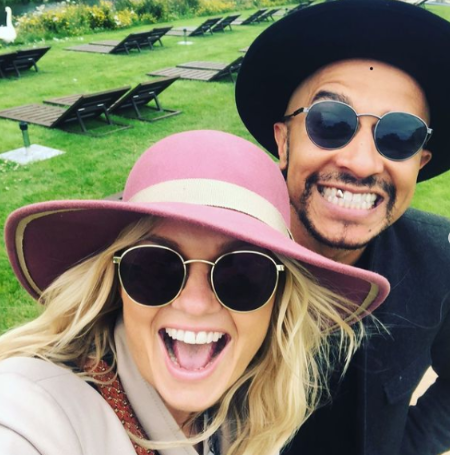 CAPTION: Bunton and Jones began dating in 1998 and got engaged in 2011 SOURCE: Instagram @emmaleebunton

The now-husband-wife reunited in 2004 and haven't looked back ever since. They welcomed their first child, son Beau Lee Jones on 10th August 2007.

Likewise, the couple became engaged on 21st January 2011. Their second child, Tate Lee Jones was born on 6th May 2011.

Just a month ago in June, Bunton admitted that she'd love to have a third child and her two kids are desperate for another sibling.