Marc Blucas Married Ryan Haddon in 2009, know about their Married Life and Relationship. 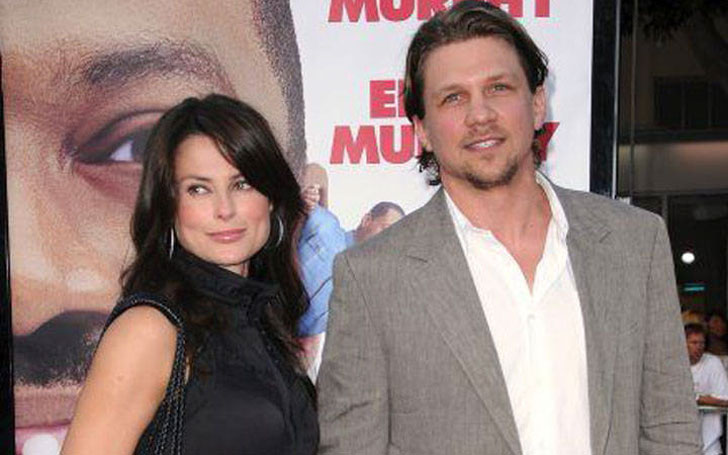 Remember handsome hunk Riley Finn from the television series "Buffy the Vampire Slayer"? He has also acted in Necessary Roughness as Matthew Donnelly. Well, we are now talking about Marc Blucas.

Is Marc Blucas married? Know about his marriage life

Marc Blucas is a married man. He is married to Ryan Haddon, an American journalist, television producer, and presenter. Marc and her wife first met in the year 2008 and dated for a year.

But due to their private nature, the pair does not come up much in the media. From this, we can say that they are highly aware of their privacy and do not want to expose their every detail in public.

Talking about Bulcas' wife, she is a well-known American journalist, news presenter, and television producer. Haddon is also recognized as the daughter of businessman Glenn Souham and former model Dayle Haddon, a Canadian model and actress most known for promoting anti-ageing products manufactured by L'Oréal.

Was The Swagger Actor Dating Someone In the past?

Marc Blucas was involved in two relationships. He once shared a serious relationship with American film/ TV producer Mary Parent. The couple started dating in 2000. They dated for around five years but got separated in the year 2005.

Similarly, he also dated American actress Lauren Graham in the year 2005, right after breaking up with Mary Parent. There are no other pieces of information revealed regarding their relationship. Neither Marc nor Lauren has ever talked about their relationship.

Also read: 'Parenthood' on-screen siblings Peter Krause and Lauren Graham dating each other; Krause says reel life does not affect relations with his girlfriend at all.

Take A Look At Ryan Haddon's Past Affairs

Going through Ryan Haddon's profile, we found that she was already married once. She was married to American actor Christian Slater in the year 2000. The couple is also blessed with two children in total. She first gave birth to their first child, son, Jaden Christopher Haddon- Slater, on April 6, 1999, before the couple got married. 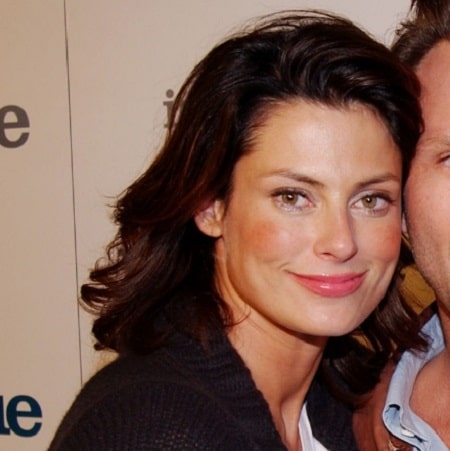 Later after just a year of their marriage, Ryan again gave birth to their second child, a baby girl, on August 15, 2001. The baby girl was named Eliana Sophia Haddon- Slater.

Well talking about Marc Blucas and Lauren Graham's married life, the couple doesn't have a baby till the date, and it appears as though they are completely focusing on their career first. But it's pretty sure we will hear the big news sooner or later. No worries.

Where Is The Underground Actor In 2022?

The Underground actor is currently working on his upcoming projects. Some of his recent works can be seen in Narcos: Mexico, Unearth, Good Morning Christmas, Doomsday Mom, Swagger, and Hunting Ava Bravo.

And now, his coming movies are Quiet In My Town, My Life with the Walter Boys, and One Heart, which will be released soon after their completion. Not to mention, he worked in a movie, The Red Maple Leaf (2016), for which he received the Action on Film Award.

His work has helped him gain fame and a huge sum of money and his net worth in 2022 is around $3 million. All of this income came from his multiple works as an actor, producer, and writer. In addition to that, he is less active on social media, making it more challenging to know about his current life.