Home Gossip 'Parenthood' on-screen siblings Peter Krause and Lauren Graham dating each other, Krause says reel life does not affect relationship with his girlfriend at all

'Parenthood' on-screen siblings Peter Krause and Lauren Graham dating each other, Krause says reel life does not affect relationship with his girlfriend at all 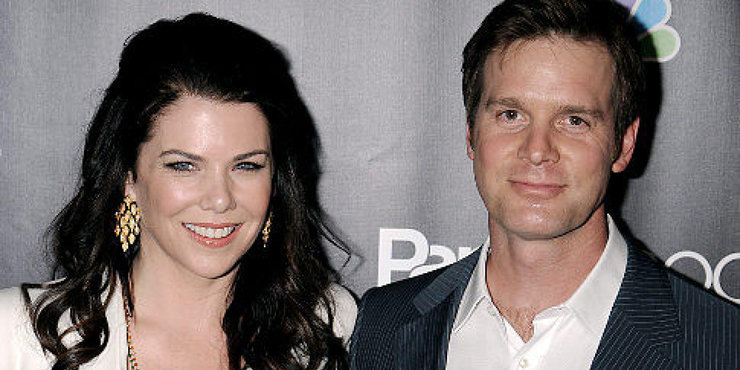 Peter Krause’s relationship with the Gilmore Girls actress Lauren Graham seems to be working out well. As these on-screen brother and sister, romance in real life as lovers, their love has probably brought luck in Krause’s life as this Parenthood veteran has been signed on to replace NCIS’s Damon Dayoub in new ABC pilot The Catch.

The actor  aged 49 who is well known for his role as Adam Braverman on NBC hit series “Parenthood”, is being cast as the male lead opposite Mireille Enos in Shonda Rhimes latest ABC drama. The upcoming American thriller television series is all set to go on air on ABC at midseason.

The Catch is a thriller drama which centers on Alice, a successful fraud investigator, played by Mireille Enos. The story revolves around Alice who becomes a victim of fraud by her fiancé Kieran, played by Krause. Between her cases, she is determined to find him before it ruins her career. Krause plays the role of a successful conman who lives the good life with other people’s money. Despite being an accomplished fraud , he finds his match in Alice who as mentioned above is a successful fraud investigator.

The series is sure to be hit as it has the blend of everything, suspense, thriller and romance.

The trailer of the show has already premiered online. One can watch it on YouTube. The pilot series is being penned by Jennifer Schuur, the script writer the NBC’s popular psychological thriller, Hannibal. The TV show is based on an idea by novelist Kate Atkinson and Helen Gregory.

Peter Krause is a household name in America as he has won millions of hearts and impressed everybody with his performance in the “Parenthood”. He garnered lot of praise for his portrayal of Adam Braverman in the critically acclaimed award winning show.

After the premiere of the series finale on January, 2015, Krause was looking for a good role. Now he has landed up in The Catch.

The Six Feet Under star has worked in various famous TV projects like Dirty Sexy Money and Sports Night. He previously dated Christine King with whom he has a son named Roman. After the separation with his former girlfriend, he is currently dating Parenthood co-star Lauren Graham since 2010.

Despite playing siblings in “Parenthood”, they have been dating each other from a very long time. This hot couple met 20 years ago but started dating after 15 years only because of shyness and poor timing, Graham admitted.

The couple kept their relationship hushed up, as a part of their low-key lifestyles, and also for the sake of their fraternal relationship on the show.

"Nobody knew about it for a while, because we like to be at home, cooking and not going out," the actress says. "I've also been really protective of it, because it's important that you can buy us as brother and sister on the show."

Their idea of keeping the affair low profile did work for a while as the fans were totally in the shadow about their brewing romance. But the love between these two is blooming and its effect is also being seen on Krause’s career as it is climbing the height of success.