Home Gossip Jack Viney is Engaged With Long-Term Girlfriend; Know about their Relationship and Dating History

Jack Viney is Engaged With Long-Term Girlfriend; Know about their Relationship and Dating History 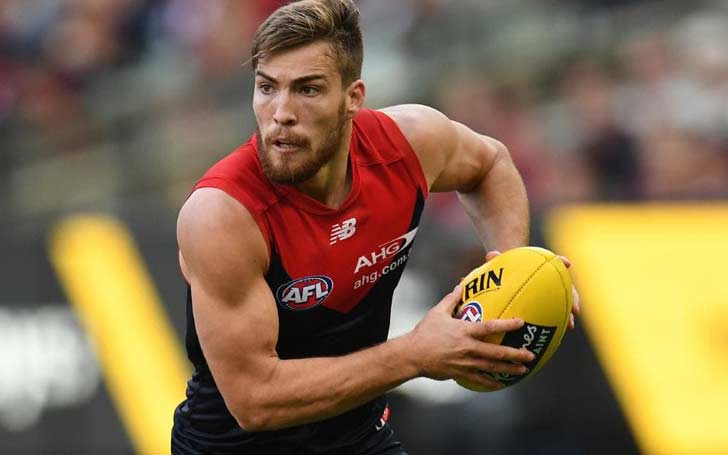 The Australian professional rules footballer of Melbourne Football Club in the Australian Football League, Jack Viney has been engaged to his longtime girlfriend Charlotte Syme Ennels not long ago.

Successful in his professional life playing for Melbourne Football Club AKA Demons, Jack showed that he has the same fate in his personal life too. As you might have already guessed, we are going to discuss the love life of the Australian football player, Jack Viney's love life with his new fiance. Scroll down to know in detail about their relationship.

If we look at the newly engaged couple then, we can see from their social media profiles that the couple; Jack Viney and Charlotte Ennels got engaged on the 10th of March 2018.

They revealed the news from their social media platforms as Jack shared a selfie of the couple where the to-be bride shows off her ring.

Also see: Robyn Lawley is in Relationship with Everest Schmidt and Has a Daughter; No Plans to Get Married

Charlotte also shared her joy from her social media outlet as she, too, shared a selfie of her. But, in this one, she is smiling while Jack is kissing her. From her post, it can be guessed that the couple got engaged at the Lindenderry at Red Hills. 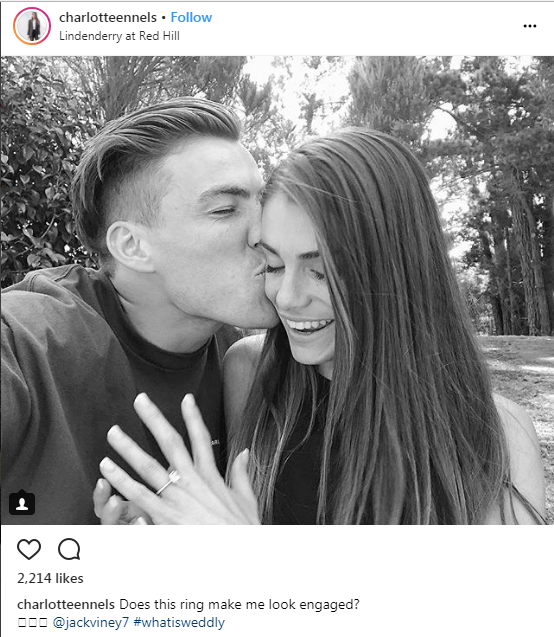 The love life of Jack Viney and Charlotte Ennels is as young as it gets! They were in a relationship before they even made their social media appearance.

The couple might have been high school lovers. Looking at their pictures on their Instagram and other social media platforms, the couple looks really happy together. 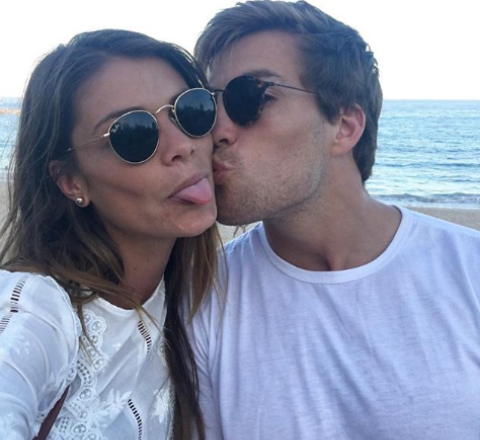 While looking at their posts, we can see that the couple is traveling, and dining during their free time. Just look at their happy faces, they seem to be in such a great relationship together. 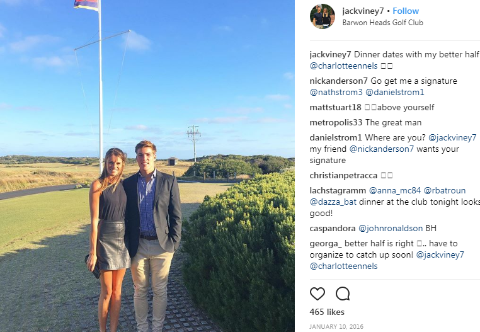 Since the couple has a really secretive love life, there is not much information on how and where they met. But, all we can say is that Jack Viney is in a happily engaged relationship with his longtime partner Charlotte Ennels.