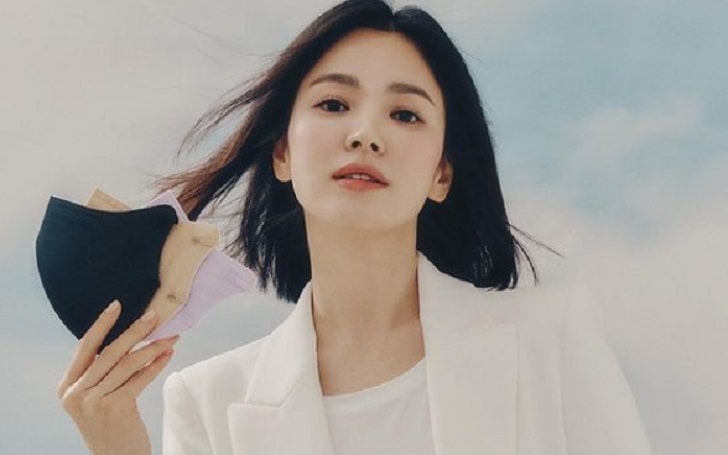 Song Hye Kyo is a well-known South Korean actress (like Han Hye Jin) who gained international fame through her leading roles in television dramas Autumn in My Heart, All In, and Full House. Apart from her professional life, the 40 years old actress often grabs people's eyes with her love affair.

As we know, she was previously married to Song Joong-ki. After her separation from her then-husband, she prefeed to remain silent about her personal life. Despite that, she is rumored to be dating Jang Ki Young. So, let's find out about her love affair and rumors:

Is Song Hye Kyo In A Relationship?

As mentioned above, Kyo has been rumored to be in a relationship with Jang Ki Young, but it has just remained a rumor as she has not talked anything about it. So, we can say that the 40 years old actress now leads a single life and does not have a boyfriend or a partner. 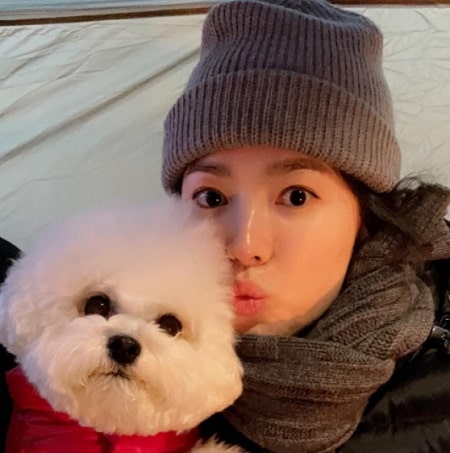 In addition, none of her Instagram posts suggests about her being involved in an affair. Meanwhile, she has kept her personal details far from the public's eyes since her separation from her ex-husband. So, we can say that Kyo has now become a private person and does not like to talk about her personal life in the media.

Apart from that, Kyo is now busy doing movies and her recent work in the tv series; Now, We Are Breaking Up, has helped her gain more fame where she played the character of Ha Young-Eun. And now, Kyo is working on her another movie, Ships Passing in the Night.

Since she first appeared in Now, We Are Breaking Up, she has been linked with Jang Ki Young. Not to mention, Young also stars in the same show. But before that, she was also linked with Kim Joo Hun when she posted an Instagram story tagging Joo Hun. 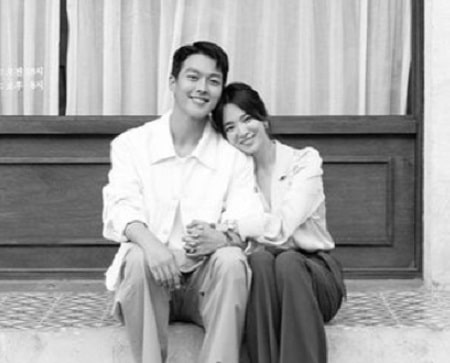 CAPTION: Song Hye Kyo with her co-star of Now we are breaking up SOURCE: Instagram @kyo1122

And after that, her fans began speculating that she was dating Ki Young. As we know, both of them worked on the same project, and it is sure that they had a strong bond. Due to this reason, people thought that they were in love. Also, they were asked by fans in their photos, but both of them remained silent about the rumors.

The Encounter Actress Was Married To Song Joong-ki

Talking about her past affair or marriage, the Crossing 2 star was a married woman. She and her ex-husband, Song Joong-ki, cherished their marital life for a long time. First, they came into the spotlight after announcing their engagement on July 5, 2017.

And the former pair exchanged vows on October 31, 2017, at Youngbingwan, Hotel Shilla in Seoul. The ceremony was held privately and was attended by the pair's closest family and friends. Their relationship couldn't last long, and fans were surprised on June 27, 2019, when Joong-ki revealed that he had filed for divorce with Kyo.

After that, the divorce was finalized in July 2019. Apart from that, the Queens actress once grabbed the media's attention when she filed a complaint against fifteen online netizens for spreading fake information, slander of character and insult on July 25, 2019.