Home Gossip Is Chloe Ferry Engaged? Who Is Her Fiance? Relationship & Dating History!

Is Chloe Ferry Engaged? Who Is Her Fiance? Relationship & Dating History! 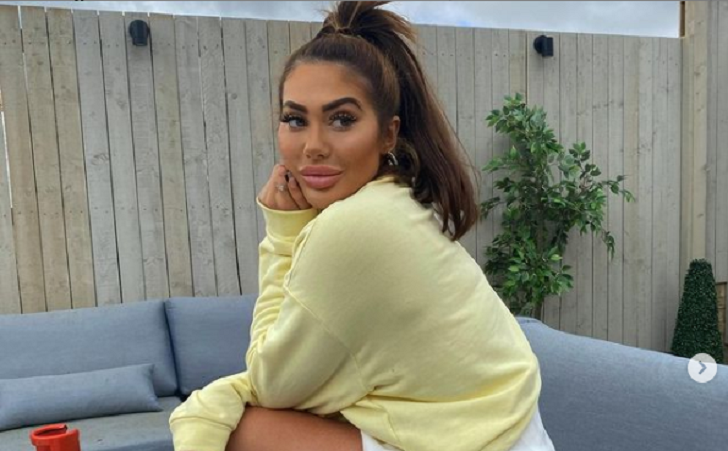 English television personality Chloe Ferry, who started her professional career in 2015, has often been on the headlines for her relationships, link-ups, break-ups, and sexuality. Back in July 2020, the 25 years old television star revealed that she is bisexual.

Ferry is currently on the headlines for hinting that she is engaged after making her relationship official. So, is she engaged and set to get married? Full story below:

Is Chloe Ferry Engaged? What Is Her Current Relationship Status?

English television personality Ferry, who grabbed attention for appearing in the MTV reality television series Georgie Shore, has hinted that she is engaged. The 25 years old star made her relationship with Owen Warner Instagram official on 29th May 2020.

The Geordie Shore alum uploaded a picture with her boyfriend where she can be seen draping her leg over the 21 years old actor as they posed for a couple of snaps during their Portugal getaway. 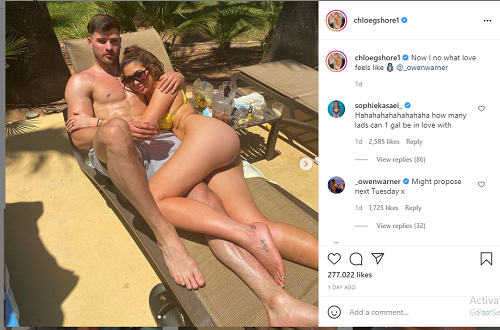 Ferry seems to confirm that they are engaged, as she mentioned a diamond ring emoji on the caption section. Just like how her post made everyone confused, her Geordie Shore pals were confused about the apparent engagement ring, while many even congratulated the pair. Her pals like Sophie Kasaei, Kimberly Hart-Simpson, Scarlett Moffatt were quick to comment on the post.

On the other side, Ferry’s boyfriend Owen also uploaded a video of her playing around with a vacuum cleaner in the hotel lobby. He captioned the post as: Love of my Life.

The 25 years old television personality is said to have been single for a year after her turbulent relationship with her former boyfriend, Sam Gowland. The ex-couple started dating in 2017 and was in an on-and-off relationship. They parted away for goods in February 2020.

Since then, Ferry was enjoying single life and dating and has also appeared on the 2020 series of Celebs Go Dating.

During the show, Ferry built a connection with Kieran Bishop. It was reported that they were spending cozy time together even when they left the show’s mansion. However, later all those romance rumors vanished into thin air when Ferry failed to confirm they were dating.

Ferry also once made headlines for sharing a series of flirty exchanges with her Celebs Go Dating co-star Wane Lineker. The 59 years old reality star had posted a fake engagement photo.

Earlier this month, while appearing on FUBAR Radio with host Bobby Norris, Wayne admitted that Ferry was his celebrity crush.

Ferry’s current partner was previously in a relationship with Stephanie Davis. They broke up in 2019.

SEE: Who is Sophie Kasaei Dating Right Now? Get Full info about her Past affairs and Relationship