Irish Actress and Model Caitriona Balfe Engaged to a Music Producer; Know about her Fiancé, Dating Rumors, and Controversies

38 years old Irish actress and a model, also known as Outlander' star, is officially engaged to Tony McGill. She was seen with the engagement ring on her hands during the Golden Globes Award 2018.

Caitriona Balfe is now engaged to her long-time boyfriend, Tony McGill. Though the relationship of the couple was always secret and away from the social media, Caitriona exposed her official relation displaying the engagement ring during the Award ceremony. Caitriona also had dating rumors in the past life, but she is in an official relation today. Still, there is not much information about the love life of the couple in public. Let us uncover the fact of Caitriona Balfe's engagement, love life, married relation, and dating rumors.

After dating for two years with Tony McGill, Caitriona Balfe officially exposed her relationship during the wonderful moment of Golden Globe Award on 8 January 2018. Caitriona displayed her engaged relationship by flaunting the sparkling diamond ring on her finger and expressed that she is happy to be engaged. 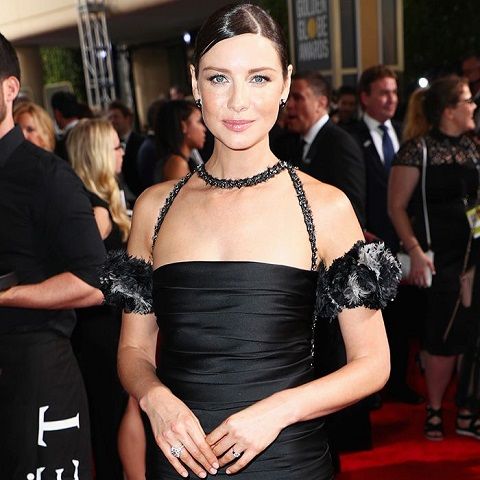 It is pleasing news for her fans and all the people that she is finally engaged with Tony. But the information about her husband Tony is still covered under curtains.

When asked  about the engagement to the Outlander star Caitriona, she said:

It happened over the break; I’m very happy.

Beside her engagement, she has never talked about the story of her past love relationships. The couple is thrilled together as they decided to get engaged after dating two years which certainly proves that both Caitriona and Tony knows each other closely. 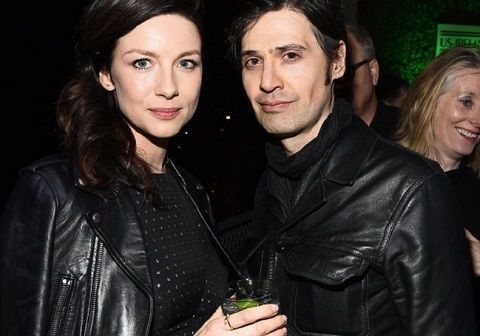 Besides,  the secret love affair, Caitriona and Tony were first spotted in 2015 when one of the friends shared a video of Balfe sitting in the lap of Tony, on the Instagram.

The couple were also spotted in 2016 Jonny Foster's star on the Hollywood walk of fame and also at the Oscar Wilde Award in 2017. With all the hidden love affair the couple is officially engaged now.

Besides the relationship with Tony McGill, Caitriona was in the rumor of dating the Outlander star Sam Heughan. Sam and Caitriona filmed a love scene in front of the camera on a television show Outlander which heated controversial news in the media.

The rumor went farther when Caitriona tweeted a photo showing the wound near her eyes while doing the love scene with Sam.

Real reason they leave stunts until the last day..incase @SamHeughan steers you into a log.. #facefirst #stillOuch pic.twitter.com/JqNqOMByUP

Besides, the controversies with Sam Heughan, Caitriona is not much seen in any other controversies and rumors in the media. We can be sure that she is in a true feeling with Tony McGill.