Home Gossip How is The Shawn Mendes House: Know The Details of His Net Worth and Properties

How is The Shawn Mendes House: Know The Details of His Net Worth and Properties 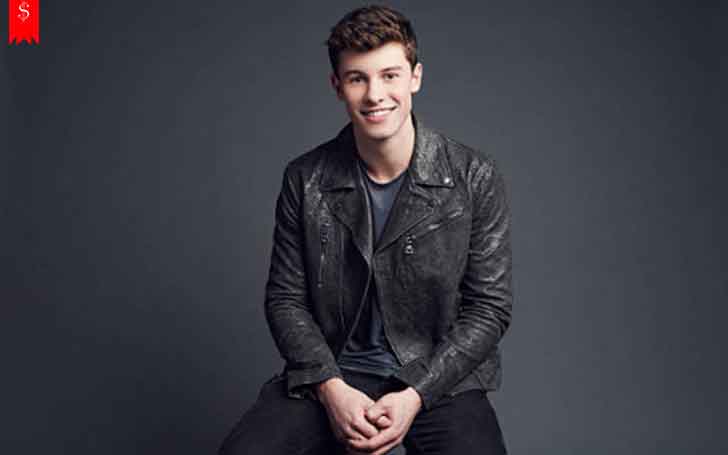 19 years old Canadian pop artist and a songwriter Shawn Mandes bought a beautiful Manson in Toronto last year. Shawn has proved his talent in front of the world and is the owner of a huge amount of net worth.

Shawn Mendes has achieved a good success in a short period of time, however, he started his career by posting covers on the video application Vine. Later his voice was liked by lots of people and he started receiving better opportunities which helped him to collect a huge amount of money over the short period of time. He lives a lavish lifestyle as is one of the most popular celebrities today. Lets us know more about the house and net worth of young artist Shawn Mandes.

Net Worth of Shawn Mendes

Also read: Hailey Baldwin is SINGLE After Shawn Mendes Romance; Reveals the quality she seeks in her future boyfriend 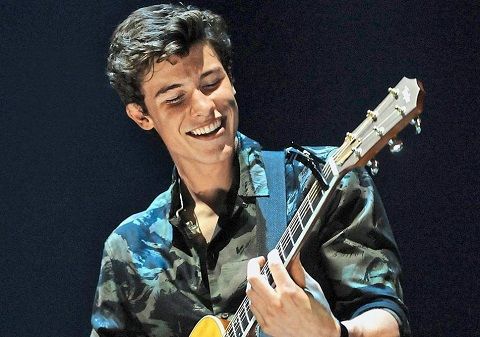 Mendes has successfully done 2 studio albums, 2 live albums, 7 promotional singles and 12 music videos. In 2014 Mendes released his first single Life of the Party and become the youngest artist to debut in the top 25 on the U.S Billboard 100. He also got numerous opportunities for the musical tours. He also worked with Pencils of Promise raising $25,000 dollar to build a school in Ghana and also donated $100,000 to the victim of a devastating earthquake in Mexico City.

Mendes released his full lengthed album Handwritten on April 14, 2015, which debuted number one on the Billboard chart with the 119,000 equivalent album units selling 106,000 at the first weak and was certified Platinum. Mandes went for a world tour and other musical tours with many popular celebrities including Taylor Swift and also released numerous singles.

In step 23, 2016 Mendes released his second album Illuminate which also debuted number one on the U.S Billboard 200 with 145,000 equivalent album units, including 121,000 in pure album sales and was certified platinum.

Youtube: Shawn Mendes song, There's nothing holding me back, from his album Illuminate

Shawn Mendes recently released his third album In My Blood on March 22, 2018. Shawn also has won numerous awards for his talent including People's Choice Award, American Music Award, MTV Europe Music Award, Juno Award and many others which belongs to his personal earnings.

Also Read: American Model Hailey Baldwin is in a Relationship With Shawn Mendes for Oct 2017 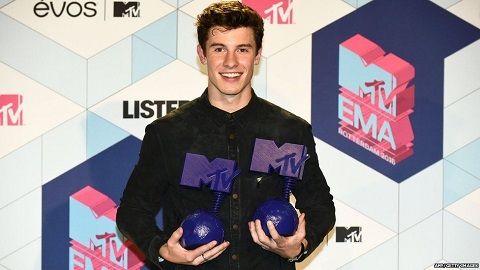 Shawn Mendes bought a new Manson in Toronto last year. Though the Canadian young star has not talked about the price, we can assume that he might have bought the house costing around a million. Mandes twitted a video confirming he bought a new house in Toronto.

When did he grow up?? pic.twitter.com/4aBILR0f8R

We can see the beautiful swimming pool in front of the house and the house contains a stain glass windows and has a beautiful architecture with the fine interior finishing. The house covers a large area. 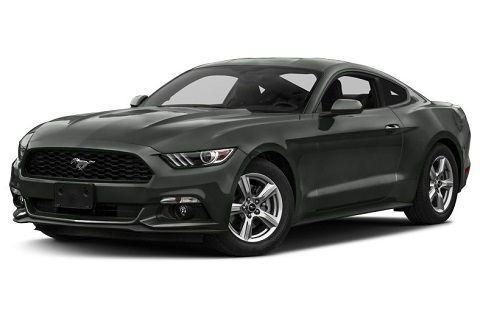 Mendes also owns another personal vehicle which is a Jeep Wangler costing around $85,000. He is often seen with his jeep attending several functions. Wangler is a very beautiful off-road jeep. 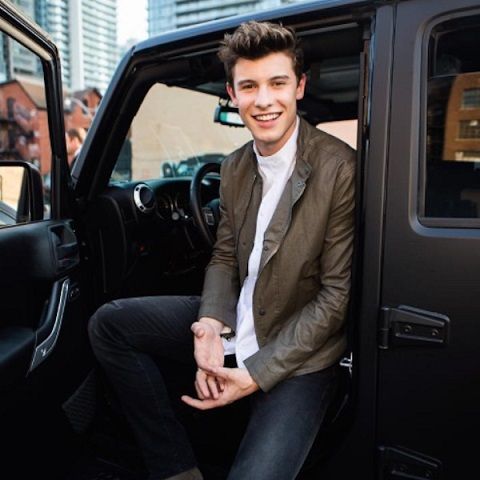 The young Canadian singer Shawn is living a lavish life. He has won the heart of many people by his talent and also gained a good name in the music industry at the short period. We wish him for the better future ahead.