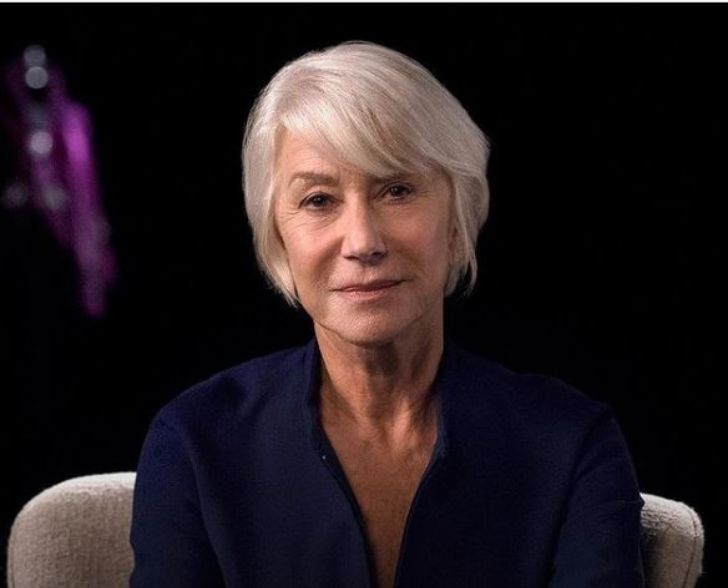 An actress with a professional career journey of more than five decades, the England-born Dame Helen Mirren is the Academy Award-winner through The Queen, where she portrayed Queen Elizabeth II. Moreover, adding up four Primetime Emmy and a Tony Award, the film figure currently in her mid-70s, is the first and only person to achieve the Triple Crown of Acting.

The veteran Hollywood gem began her career through theaters in the 60s, and still, her enthusiasm for acting remains intact. For sure, the successful on-screen venture career saw her accolades as well as a massive payroll. No wonder why Mirren is rich; in fact, she is a multi-millionaire.

How Much Is Net Worth Of Dame Helen Mirren? Earnings?

The Prime Suspect star, 76, has an estimated net worth of $100 million as of 2021. Yeah, that's right! Mirren is a multi-millionaire- all are the courtesy of her acting career. By the mid-60s, Dame Helen Mirren went professional in her career, having worked as a theatre actress in many box offices and critical hit films.

An alum of Royal Shakespeare Company, a theater company, the English actress dedicated the 60s and 70s to stage productions until her movie breakthrough from John Mackenzie's The Long Good Friday (1980). Since then, the silver-haired star got on a fast track to a career as well as a payroll boost, totaling over 140 acting credits so far.

Even though Mrs. Mirren prefers to keep her earnings from theaters & on-screen projects low-key, her career peak during the 90s and 2000s saw her millions of dollars annually. In the United States, the average payroll for an actor is $57,000, while the veterans can expect a 7-digit payroll even on a brief screen time. 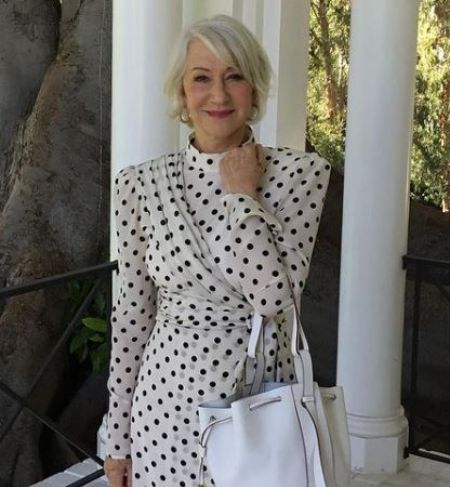 CAPTION: English actress Helen Mirren has a net worth of $100 million in 2021 SOURCE: [email protected]

Even after tax cuts, her fortune remains frim at multi-million, so, it's quite easy to guess how vast her income could have been in her heydays. Still, her acting prominence barely leaves any to wonder with her on-screen character approaches.

Aside from the big screen, she worked on small screens as well. Since 2015, she serves as the host of the TV mockumentary series Documentary Now!.

Check out the box-office collection of Mirren:

Moreover, the English actress voiced in the animated hit-films: Legend of the Guardians: The Owls of Ga'Hoole (2010) and Monsters University (2013), which made $140.1 million & $743.6 million respectively.

Also Read: Veteran actor Gary Lockwood opens up about his younger days, his married life with his two wives, his divorces, and more

At a young age, Dame Helen sought interest in acting after working in school productions, and by 20-year-old, she joined as a full-time theatre actress at the Royal Shakespeare Company in the 60s. From a stage debut as Cleopatra in Antony and Cleopatra at NYT, the English-born went to work in Centre de Recherche Théâtral and West End, before Broadway debut in 1994 through Ivan Turgenev's A Month in the Country.

Later, in 2013, she would portray Elizabeth II in the world premiere of Peter Morgan's The Audience, which won her a Tony Award.

With the 1969 film Age of Consent, Mirren's movie career began to take a notable turn, and it was her breakthrough from The Long Good Friday (1980); it pulled up her high.

Since then, she has worked in many critically acclaimed movies with the likes of Val Kilmer, Ralph Fiennes, Michael Sheen, Nigel Hawthorne, Jim Broadbent, Fionn Whitehead, Eileen Atkins, and Alan Bates. Check out the list of films:

Helen Mirren won the Academy Award for Best Actress in 2007 for portraying Queen Elizabeth II in "The Queen."#Oscars pic.twitter.com/6pLljtBHhm

Having worked in the TV series Prime Suspect (1991- 2006), the English actress won two Primetime Emmy Awards; and two Emmy from The Passion of Ayn Rand and Elizabeth I, totaling four. She also won Tony Awards for her role as Elizabeth II in the World Premiere of Peter Morgan's The Audience.

Who Is Husband Of The Queen Actress? Where Do They Live?

Currently, the Academy Award winner, a US citizen since 2017, lives with her husband Taylor Hackford, an American film director. They met on the set of White Nights (1985) and began dating in 1986. On December 31, 1997, she and Hackford married at the Ardersier Parish Church in Scottish Highlands.

It is the first marriage for Dame, who briefly was in a relationship with Irish actor Liam Neeson during the early 1980s; it's the third one for Taylor. She is the third wife of the American filmmaker divorced with prior wives: Georgie Lowres and Lynne Littman.

The couple does not share any children, though her husband Hackford is the father of two from his two marriages (each child with each ex-wife). 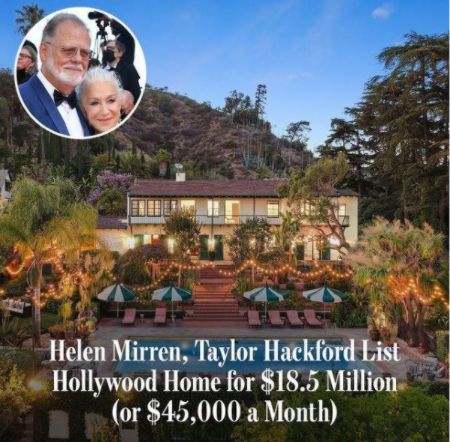 It's been nearly 25 years since they exchanged vows as of 2021. Currently, they reside in the United States, where they own multiple properties throughout Los Angeles, New Orleans, and Nevada.

Mirren and her spouse lived in their Lake Tahoe, Nevada house throughout the lockdown, a nature reserve with the Sierra Nevada mountain range and surroundings of nature and animals.

In July 2021, the couple's 6,699 square ft. property in Los Angeles, California, was on the sale for $18 million, or a lease of $45,000/month for the 4-bedroom & 7-bathroom residence. They also own a New Orleans Bungalow and the 19th-century four-story Georgian townhouse in Thames, London.