How Much Is Shoe Designer Angela Simmons's Net Worth? Know her sources of income and expenses

Have you heard of the reality show Growing Up Hip Hop? If so, you must be familiar with the Angela Renee Simmons. Daughter of hip-hop legend Joseph Simmons aka Rev. Run, Angela Simmon's net worth and earnings have now been in the headlines.

The designer has gained a lot of fans through her reality TV shows and her fans are very curious to know more about her. So, today, we will be talking about Simmons’ net worth, sources of income, and expenses.

Angela Simmons's net worth is estimated to be around $7.5 million. The businesswoman co-owns a shoe line Pastry Footwear with her sister Vanessa Simmons. The company was established in 2007 and in that same year it sold out $15 million worth of feminine athletic shoes. Simmons made her solo designer debut with her own faux fur line; Foofi and Bella in 2015.

Also; read: Sutton Tennyson Had Engaged to American Business Angela Simmons in 2016, Are they now Married? The star is also the former editor of Angela’s Rundown in Word Up Magazine. She has been featured in MTV reality show Run’s House and also its spin-off Daddy’s Girls. The reality TV star made her film debut with Supermodel in 2015.

See also: Angela Simmons is pregnant. But who's the baby's Father? Who is her secret husband known as mystery fiancee? 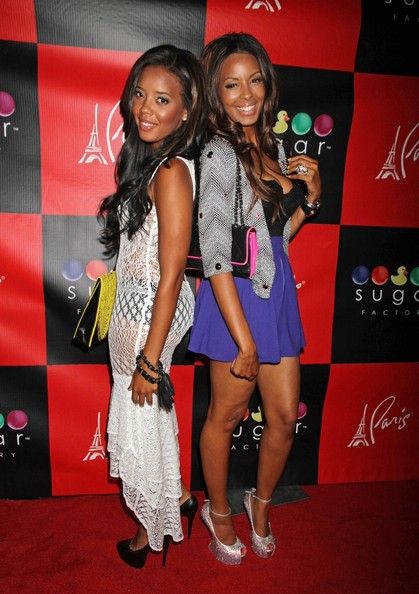 Simmons currently produces as well as stars in the show Growing Up Hip-Hop. She is also the brand ambassador for Yummy Extension.

Angela Simmons owns a luxurious residence at Beverly Hills with six bedrooms that spreads at 6000 square foot area. Angela also has a family home in New Jersey. She built a nursery for her baby boy in her New Jersey residence. Angela Simmons has two luxury cars as well. She owns a BMW 650i. She was seen filling up the gas tank of her BMW. The BMW is priced at around $66,000. The businesswoman also owns a Porsche 911 which costs about $89,000 in the market. No doubt, Angela is living a lavish life.

Angela Simmons is also involved in philanthropy. She has supported the Mission Of Grace Haiti, that helps find children of Haiti sponsors for their education. She donated a bunch of toys to the children and visited them herself. Angela Simmons is now a mother, and she is still moving forward in her career. The businesswoman is also a philanthropist and is an inspiration to many. As Simmons is still active in the field, there is no doubt that her net worth will get high in coming days.