Home Gossip How Is Actor Aaron Paul's Married Life Going On? His Kids And Personal Details!

How Is Actor Aaron Paul's Married Life Going On? His Kids And Personal Details! 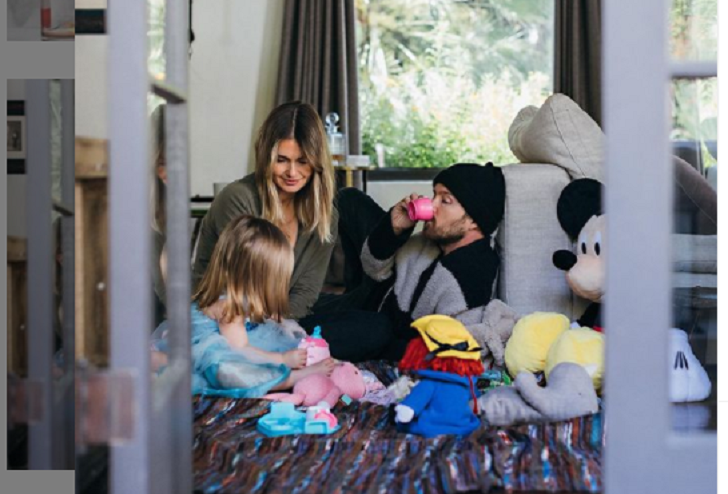 American actor and producer Aaron Paul, who is widely known for appearing in the AMC series Breaking Bad, is leading a healthy marital life with wife Lauren Parsekian. The 41 years old actor is famous for appearing in movies like Need for Speed, Eye in the Sky, Central Intelligence, and others.

So, what is the secret between Paul and Parsekian’s happy conjugal life? What about their kids?

To start from the beginning, Aaron and Lauren, who first met at the Coachella Music Festival, fell in love at first sight. The couple became closer and started dating in 2010.

After two years of dating, Paul and Parsekian took their relationship to the next level. On 1st January 2012, the couple got engaged. As per sources, the Emmy winner actor popped the question during a trip to Paris.

The 41 years old actor married a long-term girlfriend turned wife Lauren on 26th May 2013, after three years of romance. The duo tied the knot in a beautiful and emotional wedding ceremony at the Calamigos Ranch in Malibu.

Around 250 guests, including their family, friends, and co-stars like Dita Von Teese and Bryan Cranston, got a chance to celebrate their special day. For their special day, the bride wore a white gown with a string of jewels draped down her back, whereas the groom wore a three-piece blue suit.

The couple’s reception was inspired by the novel, The Great Gatsby, in the 1920s themed party. On 6th February 2018, the pair welcomed their first child together. The name of their daughter is Story Annabelle Paul. She was born at 6:41 p.m. in Los Angeles.

Past Relationships And Affairs

The 41 years old actor has a long list of relationships. Back in 2001, he was in a relationship with actress Nicole Eggert. They began dating in 2001 but separated in 2003.

Back in late 2001, Paul was in a relationship with actress Samaire Armstrong. They first met on the set of The X Files. Sadly, they broke up after dating for just a year.

In 2003, Paul started dating actress Tamara Feldman. They dated for around five years before separating in 2008. In March 2009, there were rumors of his link-up with 90210 reboot’s Jessica Lowndes. However, they broke up.

Aaron Paul’s full name is Aaron Paul Sturtevant. He was born on 27th August 1979 and is currently 41 years old. He was born in Emmett, Idaho, the United States of America. He was born as the youngest of four kids to father Robert Sturtevant and Darla Haynes.

Paul studied at Centennial High School. He started his professional career in 1998. The following year, he appeared as Chad in the television series Beverly Hills, 90120.