HGTV's Rock The Block Host Ty Pennington Is Officially Off The Market!! The Television Host Ties The Knot With Girlfriend Of Two Years Kellee Merrell 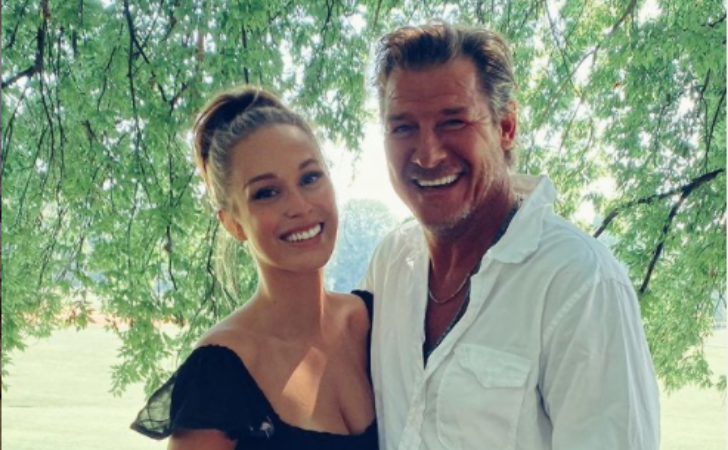 Rock The Block host Ty Pennington is officially married to his girlfriend Kellee Merrell as of 27th November 2021. The lovers first met in 2010 and began dating in early 2020.

After their engagement in early 2021, Ty opened up about their relationship in an interview saying, "Luckily our paths finally crossed at the right time. I never thought I would get married, but she changed that. Glad I waited for the one."

Here, read more about the couple's marriage, relationship, and more.

57-year-old television personality exchanged the wedding vows with his beau Kellee Merrell in a romantic ceremony at their Savannah, Georgia house which is currently under renovation.

The marital ceremony took place on 27th November 2021 amidst just eight guests outside their 19th century home. It was also where the reception party was held at.

Pennington was clad in a dark grey suit paired with a white shirt leaving the top buttons undone and foregoing a tie for a more casual look. 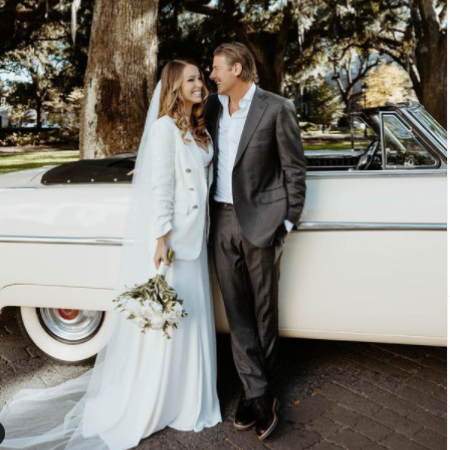 Whereas, Merrell was beautifully rocking a simple long white gown paired with a Veronica Beard white blazer. Her hair was in loose curls with a long veil pinned on the back of her head.

Extreme Makeover star announced the big news on Instagram where he shared a picture of him and Kellee captioned "we did it".

Right after the photo was posted, the couple was showered with best wishes and congratulation from colleagues, fans, friends, and family from all around the world.

When Did The Couple Start Dating?

The newlyweds first met in 2010 while Ty was filming a show in Toronto. They became good friends and stayed in touch for a decade through mutual friends before reconnecting in 2020.

After a while, the couple began dating and even quarantined together during the COVID-19 pandemic and spent the lockdown together.

In July 2021, the host proposed to his then-girlfriend on the dock of his Palm Coast home in Florida while they were having coffee together. 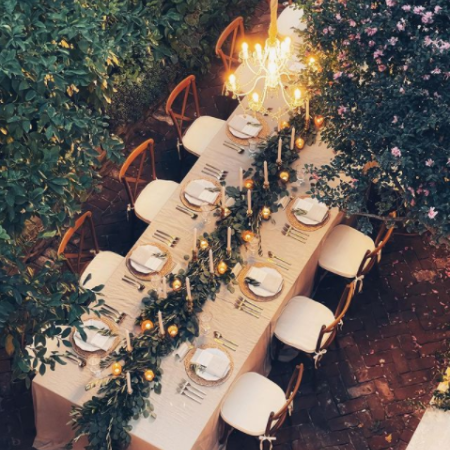 CAPTION: The wedding ceremony was attended by just eight guests and the reception was held at home itself SOURCE: Instagram @thetypennington

He announced the engagement news with a picture of Kellee's hand flaunting a teardrop-shaped stone captioned, "It's the 'yes' for me...".

In an interview with People, Ty said: "I have admired Kellee from afar for years. She's a beautiful person inside and out, Luckily our paths finally crossed at the right time. It's one of those things where you just feel happy being around a person. I never thought I would get married, but she changed that. Glad I waited for the one."

Who Is Kellee Merrell?

Kellee, 33, is a social media manager originally from Vancouver. She was born on 6th June 1988 in Vancouver, Canada under the birth sign Gemini.

Did You Know? Merrell and Pennington have a 23-year age gap.