Home Gossip Helen Skelton Is Expecting Third Child; Who Is Her Husband?

Helen Skelton Is Expecting Third Child; Who Is Her Husband?

Countryfile presenter Helen Skelton took to Instagram to share her joyous news about baby no.3 by debuting her baby bump in blue dungarees. Yes, the English TV presenter and her husband Richie Myler are expecting their child together.

During an interview, Skelton revealed the due date of baby no.3 is New Year's Eve. The 38-year-old actress and her 39-year-old husband already share two children Ernie, 6, and Louis, 4.

While we may know a lot about Helen from Countryfile and Blue Peter, many may not know much about her husband Richie. Here we will talk about his life, professional career, and so on.

Who Is Helen Skelton Married To?

Holiday Hit Squad co-presenter Helen is married to professional rugby league footballer Richie Myler. He currently plays as a scrum-half and fullback for the Leeds Rhinos in the Betfred Super League and England and England Knights at the international level.

The 5 feet 9 inches tall Myler began his professional career with Widnes Vikings and played two games in the 2007 season.

In 2008, he played for Salford on a three-year deal and also contributed to Salford winning the National League One title scoring 25 tries in 32 appearances. 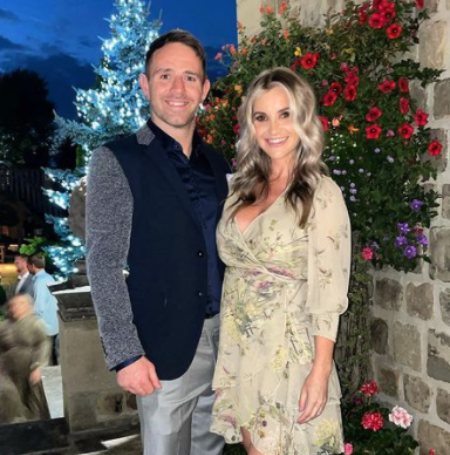 Likewise, in 2009, he signed a four-year contract worth around £200,000 i.e. $270,000USD with Warrington Wolves making him the most expensive teenage signing in the Rugby League history.

On 27th June 2017, Myler confirmed his three-year deal with Leeds Rhinos. During this time, he was named Lance Todd Trophy winner for his performance at Fullback in the 2020 Challenge Cup Final.

During his international career, he has represented both the Lancashire and England U-17s at Academy Level. Myler made his England debut in the victory over Wales on 10th October 2008.

Although he was not called up to the England RL side for the Four Nations in 2011, he was selected in the England Knights where he put in two man-of-the-match performances.

When & How Did The Couple Get Married?

According to various sources, the couple began dating in 2011 and got engaged in March 2012 after the rugby star got down on one knee and popped the question.

On 11th September 2021, Helen took to Instagram and announced her third pregnancy with a photo of her showing the baby bump and her two sons placing their hands on her belly. 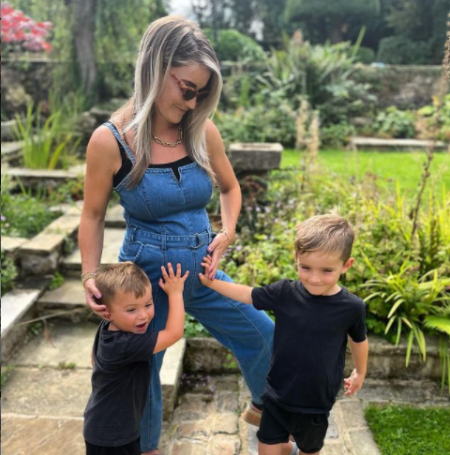 CAPTION: Skelton announced her third pregnancy with a photo of her showing the baby bump in blue dungarees with her sons placing their hands at the bump SOURCE: Instagram @helenskelton

The news quickly spread and the comment section was quickly flooded with congratulations and well wishes.

Recently in an interview, she talked about her third pregnancy and revealed the due date saying: "New Year's Eve. The other two were early and my husband keeps saying can we not do Christmas because he missed the last one."

She also revealed that she gave birth to her second child, Louis, on the kitchen floor in France while her husband was at work.

The family of four currently resides in the UK. Previously, they lived in France as her husband was signed to french club Catalans Dragons back in 2016.