Five Facts you need to know about Katherine Timpf

One of the famous Television personality, Katherine Timpf is the host of the show- The Kat Timpf Show. She doesn’t need an introduction to the global news market but if in case you are new to the name then here are five facts which you should know about Katherine Timpf.

Katherine is famous for her role in politics show The Greg Gutfeld show and Weekly Comedy on Fox News Channel. So without any delay let’s get into the topic which deals the five facts in detail about Katherine Timpf.

Five facts you need to know about Katherine Timpf

Katherine was born on 29 October 1988 in Detroit, United States. She completed her graduation from Hillside College with B.A in English. And after completing her graduation, she started working as a print and video reporter for the Leadership Institute’s Campus Reform.org in Virginia. She also served as the news anchor for NASA’s Third Rock Radio.

Also read: Is Katherine Timpf single or married? Get to know her more, affairs and relationships too

Katherine is a Libertarian- a person who believes in free will, as she identifies not as a conservative but as a Libertarian. In the year 2015, she revealed to The Collegian:

“I’m definitely a libertarian so I’m not as conservative on something as Hillsdale-College is. But I love the idea that the government does not get to decide what this private instruction gets to teach.” 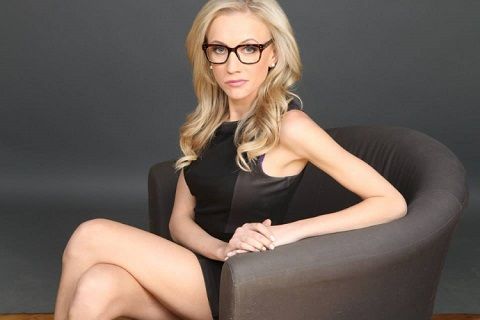 Katherine Timpf- Appeared on many television and radio programs

Well, Katherine appeared on many radio and television programs including Fox and friends, The Nightly Show with Larry Wilmore, The Grey Gutfeld Show, American Live with Megyn Kelly and much more. Katherine also has worked with many several journalists like- Megyn Kelly, Larry Wilmore, Greg Gutfeld and many more.

Also read: Megyn Kelly Net worth is huge.$6 million is her annual salary 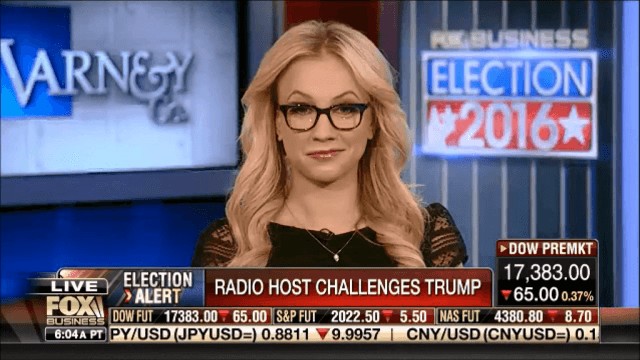 Katherine Timpf- Writes about College Student Being Too PC

As Katherine is a reporter, she writes satire pieces and columns on topics addressing government overreach and culture over-sensitivity, humor and satire. But during her starting of his career, she was a reporter for Campus Reform and writes about College Students being too PC. 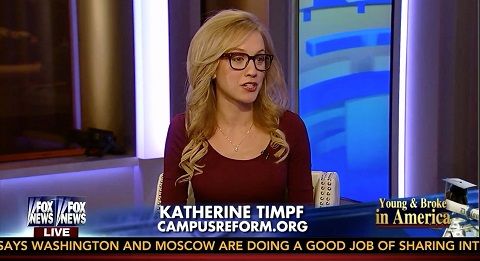 Katherine was a reporter for Campus Reform- The website which focuses on reporting misconduct on college campuses, on the right-wing issue and makes fun of liberals. In 2014, she represents Campus Reform on Fox News that college has been too politically correct and also added the topic of students being terrified and are silencing all discourse on the colleges.

Youtube: Five facts you need to know about Katherine Timpf;

It’s a fact that Katherine is often criticized for feminism in her work. She writes on the National Review, Ten Ways Men Oppress Women with Their Everyday Behavior- where she mocks the idea manspreading. 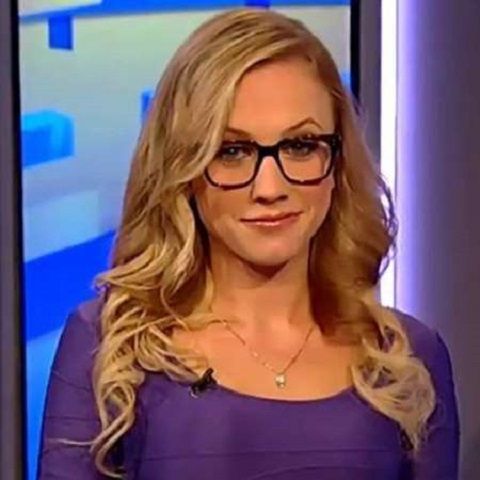 Katherine even criticized Hillary Clinton by saying that she is not a real feminist but she treats the woman who accused their husband of sexual assault. Katherine wrote in National Review that Hillary claims to be a pro-woman, who has been actively working to ruin lives of many of them.

Katherine added: Hillary is running on a feminist platform as she dares to say that sexual-assault survivors have a right to be believed despite the fact that what she had done to the women who accused Bill went far beyond not believing them as she attacked them.

Also read: How much is Hillary Clinton's Net Worth? Know about her Career and Awards

In 2015, Katherine made headlines for making fun of Star Wars as the fans get excited for The Force Awakens. In the segment of Red Eye, Katherine said that she has no any interested in watching space nerds poke each other with their space nerd sticks.

She said on twitter that she doesn’t have any time for Star Wars just because she is too busy looking cool things and being attractive. After her tweet, she was criticized for online and often received death threats but she did not apologize for her tweet.

So, here's the list guys, hope you got to know well about Katherine Timpf.