Jennifer Gates is the daughter of famous American businessman Bill Gates, who is one of the richest people in the world. There are lots other interesting facts to know about the talented and beautiful Jennifer.

Jennifer Gates: daughter of a second richest person in the world, Bill Gates is one of the most searched celebrity kids on the internet. People want to know all about the lifestyle and career of this billionaire's daughter. So, today we are going talk about all the five interesting facts about her.

Jennifer Gates was born on 26 April 1996 in Bellevue, Washinton USA. She was born in a family of a billionaire father Bill Gates and mother Melinda Gates. So here are the five interesting facts of Jennifer Gates.

Jennifer loves riding horse. In 2012 Jennifer bought a horse worth $1 million named it Pepperpot. She is also a professional U25 horse rider.

Also See: What if you were a billionaire’s daughter? It feels amazing even when you just think about it, doesn’t it? 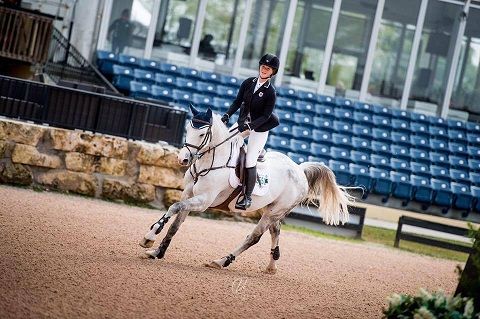 Jennifer started riding a horse when she was only 6 years old and also took part in many horse riding competition since her school. However, she has is still an amateur and hasn't yet achieved the first position in any championships, but she has finished Second and third position in different competitions.

2. Jennifer is a Millionaire Herself

A 21-year-old girl being a celebrity kid, Jennifer has collected around $20 million in her personal account. Despite, being the daughter of one of the richest parents, she has collected her own personal earnings. Besides the facts of her parent's personal fund, Jennifer has involved herself as Equine Welfare Ambassador since 2015, related to the cruelty against animals.

Also, See: How much is World's Richest Man Jeff Bezos's Net Worth comparing with Bill Gates? Know his House, Cars, Jet, and Investments

After finishing her school Jennifer decided to study biology. Despite being a daughter of Bill Gates she wasn't interested in computer studies like her father.

Jennifer loved to study science at her school so the beautiful girl chooses to study biology and admitted herself to Stanford University. Jennifer believes that biology is the answer to the many questions of human existence and gives and is studying genetic diseases and environmental problems.

She is currently in a relationship with a Muslim Guy, Nayel Naseer from Egypt. Naseer is also a professional horse rider. However, Gates has not talked about her relationship in the media, she is frequently seen posting photos with Nayel in her personal Instagram.

Also, See Jennifer Katharine Gates; Bill Gates' daughter. Does she have a boyfriend/husband? 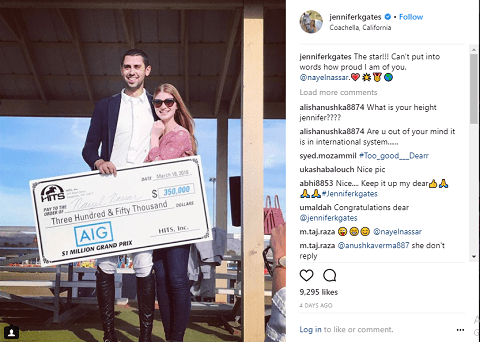 Jeniffer personally shared a photo saying that she is proud of Nayel via Instagram. In her another photo she includes words, that assures that the couple is officially celebrating their dating anniversary. 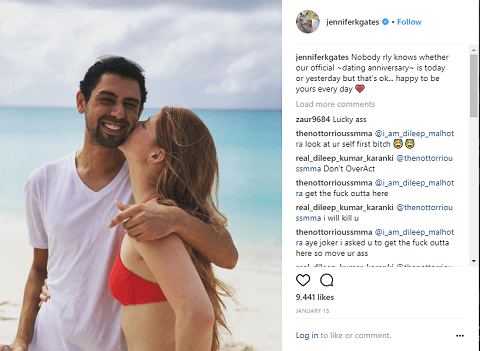 The photo shows the love and the happiness between this couple. Jeniffer looks to be enjoying her relationship with her current boyfriend Nayel.

In recent days, Jenniffer is one of the most searched celebrity children in Google but google search console has mistaken Jennifer Gates as Racheal Leigh Cook. Racheal is an actress who worked on a movie, Antitrust and she is not the daughter of Bill Gates. However, information in Google is correct it's just the photograph that has confused people so far as the girl in the photo is Racheal Leigh Cook.

Also, See: How much is Jennifer Katharine's net worth? Daughter of Bill Gates must be rich.

This is the images of that should pop out when Jeniffer when searched on google but only a few photos are of real Jennifer and the rest of the pictures are of Racheal's. 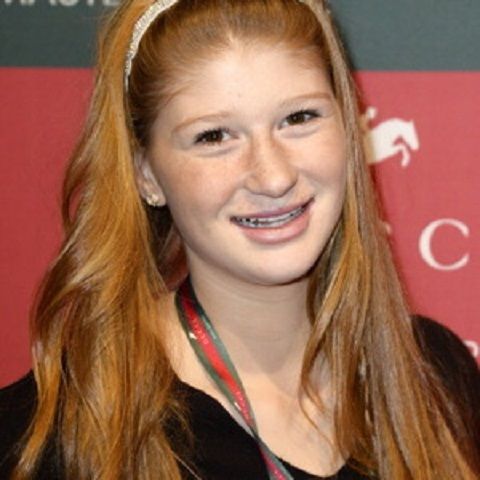 The picture above is the of real Jennifer Gates, daughter of an American billionaire Bill Gates.