Home Gossip How much is World's Richest Man Jeff Bezos's Net Worth comparing with Bill Gates? Know his House, Cars, Jet, and Investments

How much is World's Richest Man Jeff Bezos's Net Worth comparing with Bill Gates? Know his House, Cars, Jet, and Investments 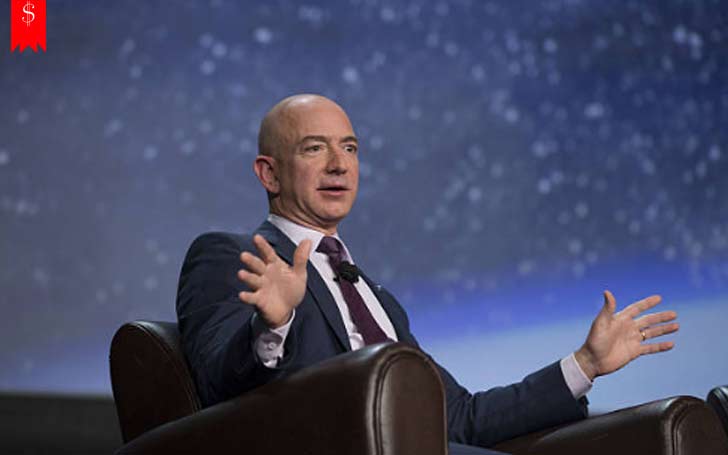 The world has turned into a fierce battleground with the increase in competition. There is competition from being the most beautiful to the richest. One of such fierce competition is in between two multi-billionaire giants, Bill Gates and Jeff Bezos. Recently, Bezos has overtaken and placed himself as the richest person leaving Bill Gates behind.

As you all may know that the founder of Amazon, Jeff Bezos is constantly working his way up towards success and is earning a huge amount of money. Today, we will let you people know about the earnings of the philanthropist and his journey to be the richest person.

Amazon founder and CEO, Bezos Jeff is now the richest person in the world or we can say the number 1 among the wealthiest person alive. 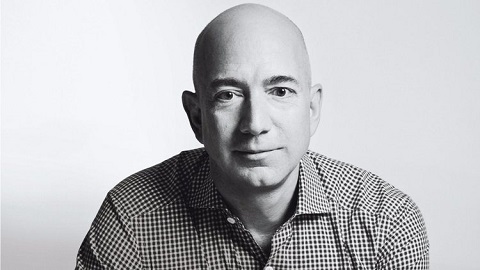 According to Forbes on the Billionaires Index, he moved ahead of Bill Gates in October with a whopping net worth of $93.8 billion.

In the following month, in November, he crossed the $100 billion. The start of the holiday shopping season kicked off on Black Friday helped Amazon’s stock performance which assisted Bezos to earn $10 billion in just 2 weeks.

The Amazon.com Inc. shares added to a 12-month surge which raised the online shopping giant’s market value by almost 57 percent.

Jeff grabbed the fame of the World’s richest person in July when he briefly passed Bill Gates. Jeff benefited a huge amount of $32.6 billion when Amazon’s stock soared last year. Yes, that’s the amount he has earned in 2017 alone. Such a huge amount, isn’t it?

SEE: Jennifer Katharine Gates; Bill Gates' daughter. Does she have a boyfriend/husband? 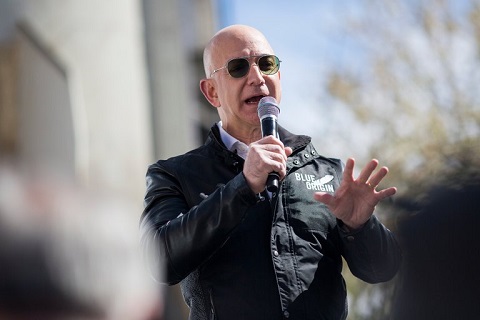 Forbes claims that the Microsoft founder Bill Gates’ net worth is $91.9 billion but Bloomberg claims that his net worth is $93.3 billion. But it is still enough to keep his name alive in the second position in the list of the Richest people.

Forbes reports that his net worth was briefly above $100 billion back in April 1999, when the internet stock bubble helped to inflate the value of his holdings.

Adjusted for inflation, $100 billion in 1999 would be worth $148 billion today. But even without adjusting for inflation, Gates would still be worth far more than Bezos if not for his significant charitable contributions.

SEE: How much is Jennifer Katharine's net worth? Daughter of Bill Gates must be rich.

Bloomberg revealed that the analysis of his publicly disclosed donations shows that Gates has given away a total of 700 million shares of Microsoft worth $61.8 billion at today’s value, as well as $2.9 billion in cash, which would put his net worth well over a fee of about $150 billion. 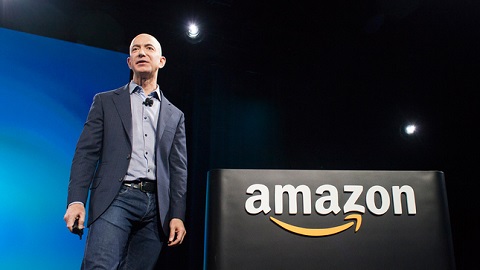 Being rich and famous means having an equal amount of enemy and dangers. So, Amazon has provided full security to their CEO and has spent $1.6 million on his security.

We all know that Jeff is a wealthy person and so we won’t get amazed if he wears the Ulysse Nardin Dual Time Watch which costs $8,000, will we? He is also building a 10,000 year Clock which is specially designed and has an expense of over $42 million. 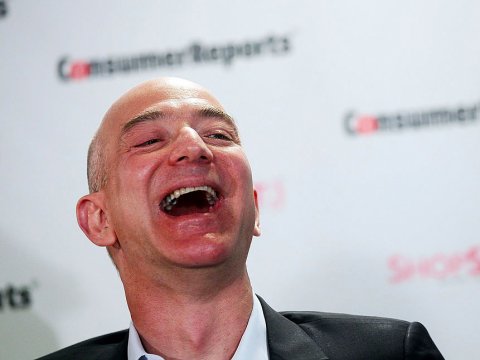 We also know that Jeff Bezos earned the hefty amount from his e-shopping platform, Amazon. So, how did Jeff think of creating such a hugely profitable company? Let’s talk about Bezos journey with  Amazon.

Jeff Bezos' Journey to be the Richest Person with Amazon

In 1994, after making a cross-country drive from New York to Seattle, Bezos founded Amazon.com. He, in the first instance, set up the company in his garage. He had left his well-paying job at New York City hedge fund after learning “About the rapid growth of Internet use”.

It coincided with a new U.S. Supreme Court ruling that was not liable to mail order companies from collecting sales taxes in states where they lack a physical presence. Jeff's parents invested $300,000 from their retirement savings into Amazon.

Jeff is known for his attention to business details. He sold slightly more than one million shares of his holdings in the company for $671 million, making it the largest amount he has ever gained in a sale of his Amazon holdings. He also sold another million of his shares at a value of $756.7 million on August 4, 2016.

Youtube: Jeff Bezos On Why It's Always Day 1 at Amazon

Over the last years or so, Amazon has hit a conjugation point, where the growing dominance of Prime and the breakout success of AWS have sent its value soaring into the skies. It is worth that FANG is having a blowout earnings season. Amazon crushed estimates and Netflix(NFLX) smashed subscriber growth expectations. All signs also point to a Facebook reporting equally impressive number.

Jeff has several homes in the US. Bezos’ base home is in Medina, Washington, which worth is estimated to be around $25 million. According to the Washington Post, the 27,000-square- foot house owned by the Bezos is also the most expensive house and contains 10 bedrooms. We have also come to know that the mansion was formerly a museum. 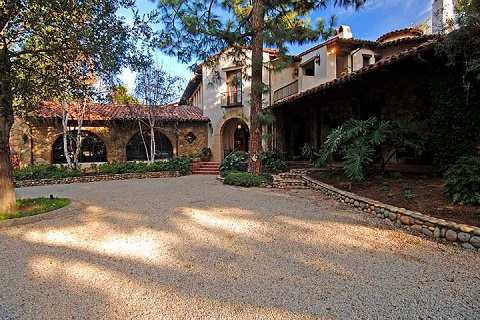 The founder of Amazon also owns a 2.3-acre property in Beverly Hills, California which is worth around $25 million. The house covers 12,000 square feet with a Tennis court. The house also contains 7 bedrooms and a beautiful pool. 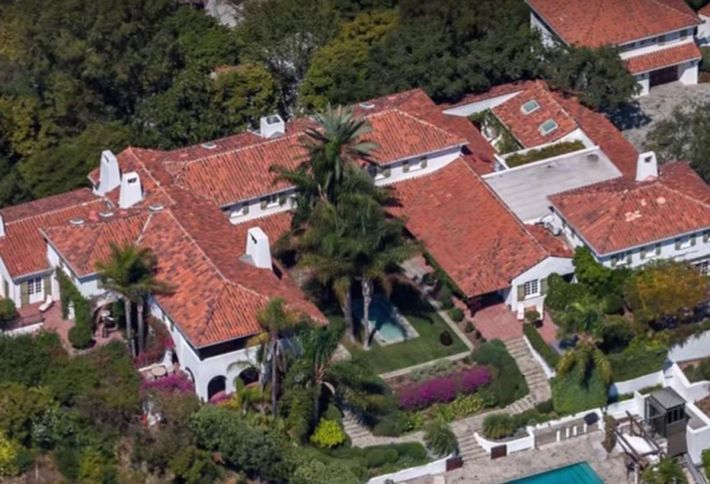 Lake Washington Mansion Renovation Expenses took Bezos a whopping $28 million with the Private Shoreline. In Manhattan, Bezos’ three linked apartments in The Century building on Central Park West are estimated to be around $17 million. 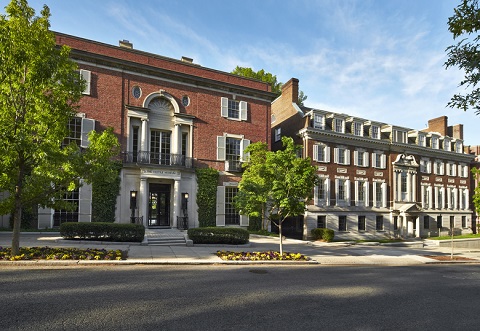 While talking about Jeff’s office, he purchased a South Lake Union Campus at Seattle at $1.15 billion. The office has 11 buildings, and a 1.8 million square feet office space. To break that down a square foot cost him a total of $644.

Being rich doesn’t mean that the person will keep his money in shares only. Wealth can also be used as a means of expansion of one’s lifestyle. The richest person owns a beautiful Honda Accord which is worth $26,190. 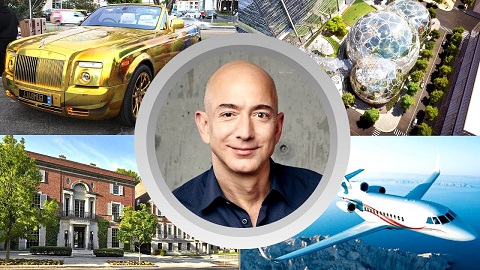 Bezos also owns a private Jet called Dassault Falcon 900 EX which cost over $41 million. The jet was purchased in 2002 and now we can say the price of the jet has increased.

The CEO of Amazon has also earned from several investments. Jeff has invested in businesses involving Basecamp, Juno Therapeutics, Workday, and Twitter.

Jeff is a business minded person and has himself ready to invest in the profitable business. He has invested in the likes of Uber, Airbnb, and Google, amid many others. The Amazon CEO also has Nash Holdings, LLC, through which the Washington Post was acquired for a reported $250 million with daily circulation.