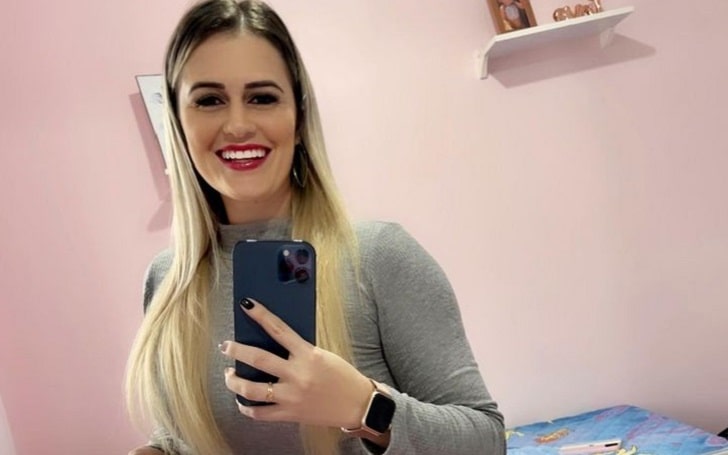 Brazillian MMA fighter Charles Oliveira has come a long way and a hard way to be where he is today, at the top of the MMA scene. For a guy who took more than a decade of doing hard work to become a UFC Champion, it would've been much harder without his loved ones always by his side. So, his wife, Talita Roberta Perreira, is one of the most people in his life.

The 32 years old professional fighter credits all of his success to his beloved wife. So, it is no surprise for fans to get curious to know about the celebrity spouse. Here, we will talk everything about their married life and more.

Talking about the professional life of celebrity spouse Roberta Pereira, she is reported to be working in Hospital Casa de Saúde Guarujá. Apart from being a BJJ practitioner, Pereira also runs an apparel store with her friend named, KafyKamila. But now, she is not associated with KafyKamila.

As her Instagram bio, she works at CT Charles Oliveira Gold Team. In addition to that, the celebrity spouse is serving as the President of Instituto Charles do the Bronx. So, together with her husband, Pereira helps their neighborhood with regular charities.

Insights On Their Happy Married Life

The MMA fighter Oliveira and his wife, Pereira, have a long history together. They had known each other for a long time and before getting married, the lovebirds dated each other for many years. Talking about their first meeting, the power couple reportedly met each other in a gym. 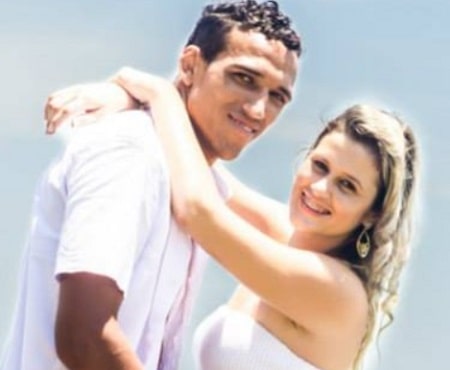 CAPTION: Charles Oliveira and his wife have been married for a long time SOURCE: Twitter @ecelebmirror

After some time being together, they fell in love with each other and began dating. After some years of being in a romantic relationship, the pair thought of taking their life to the next level and walked down the wedding aisle on February 15, 2017.

Since then, they have been a loving husband and a wife. Oliveira and Pereira have shared some snaps together via their social media handles. Not to mention, the celebrity spouse is an active user of Instagram registered as @talitaroberta2604.

Blessed With A Daughter

The power couple has already started their own family and lives a happy life together. Oliveira and Pereira welcomed their daughter, Tayla, in April 2017. Their daughter is already five years old, and recently Pereira had shared a post on Instagram celebrity her daughter's birthday. 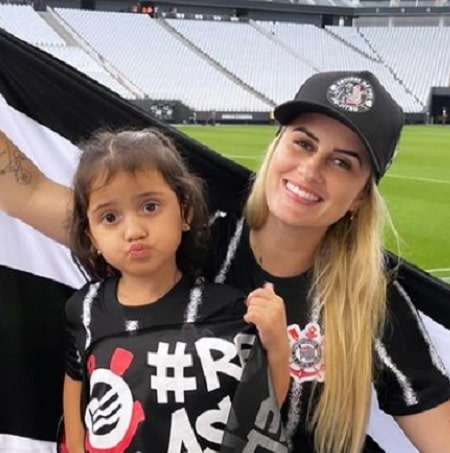 Both ladies are influential in the MMA fighter's life, and he also shares a strong bond with his loving daughter, which we can explore through his Intagram account, where we can find him as @charlesdobronxs. Apart from that, they have also opened an account for their child, and more than 13k followers have followed the profile.

Oliveira's income has increased over the past year, with the Brazilian fighter gaining the opportunity to be the face of the most exciting weight division in the UFC currently. The 32 years old fighter has faced some of the top names in the industry has surely helped him earn a good profit.

According to some online sources, Oliveira is estimated to have a net worth of around $2 million, all thanks to his long-term career as a fighter. When he faced Michael Chandler in May 2021, he took home a whopping $455,000. Likewise, he has fought different figures in the company and has added a good amount of money to his bank account. So, the pair lives a lavish life same as Elisha Cuthbert and Dion Phaneuf.