Home Gossip , The Girl Next Door Star Elisha Cuthbert's Married Life With Dion Phaneuf; What About Their Children?

, The Girl Next Door Star Elisha Cuthbert's Married Life With Dion Phaneuf; What About Their Children? 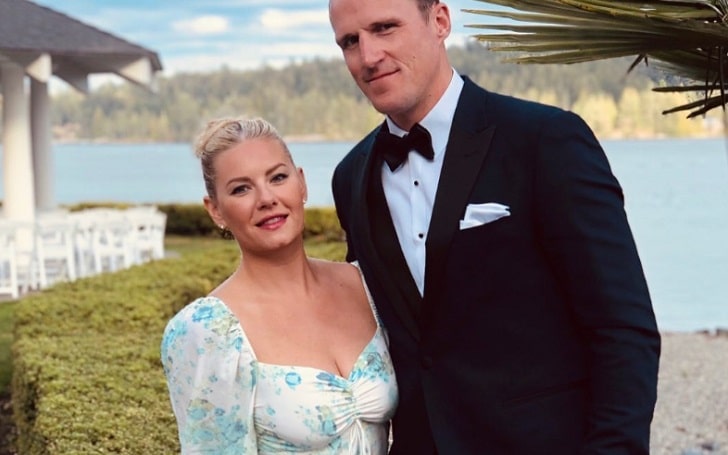 Elish Cuthbert is one of the most loved actresses on the Hollywood scene who began acting when she was a teenager. The 39 years old actress began by looking back at her time as a member of The Midnight Society on Nickelodeon's Are You Afraid Of The Dark? which she joined in 1999 when the show was rebooted with the second generation of campfire storytellers.

Apart from her exceptional acting skills, Cuthbert is also noted for her marriage to Canadian retired professional ice hockey player Dion Phaneuf. The power couple isn't famous like many other celebrity couples, but they have an extensive record of popping up in the news on a wide variety of bases. Here's what we know about their married life.

As we know, Cuthbert and Phaneuf have been cherishing a blissful life for a long time now. When they first met, many thought that the couple would follow in the footsteps of other prominent matches with famous hockey players. But, the pair quickly proved to be a perfect couple.

The lovely duo was involved for a while before various leaks revealed their relationship, apparently beginning to date in 2008. They began dating each other, and the news of their engagement was announced in September 2012, which left his many fans surprised. 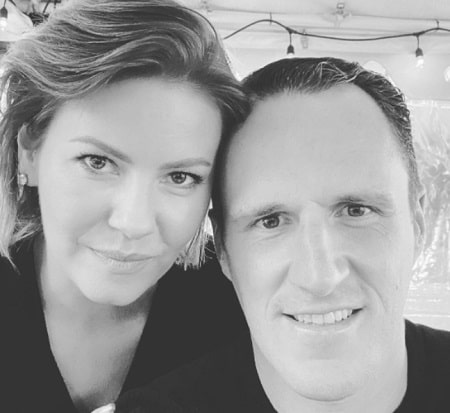 CAPTION: Elisha Cuthbert and Dion Phaneuf have been married for a long time SOURCE: Instagram @dionphaneuf

Less than a year, Cuthbert and Phaneuf got married on July 6. 2013. The marriage ceremony was held at St. James Catholic Church in Prince Edward Island, where the couple often spends most of their summers living close by quaint Summerfield.

Do The Couple Have Any Children?

Being in a marital relationship for many years, the power couple has already started their own family. They welcomed their first child, a daughter, Zaphire Phaneuf, on December 21, 2017. Since their daughter was born, she has been in the limelight and is famous for her parents' fame. 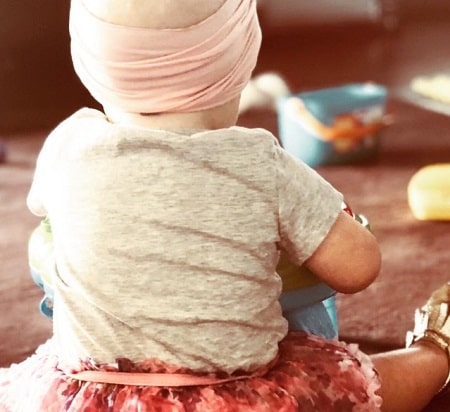 CAPTION: Elisha Cuthbert is the mother of a daughter SOURCE: Instagram @elishaphaneuf

According to a source, the actress is blessed with another child, but the name of their kid has not been offered to the media sources. Furthermore, we can find more details by following the actress on Instagram, where she is registered as @elishaphaneuf. Likewise, her husband uses Instagram as @dionphaneuf, from where he shares updates on his ongoing life.,

Cuthbert has had a strong presence in the showbiz line for many years now. Currently, she has over 40 credits under her name as an actress. So, Cuthbert surely makes a good sum of money. According to Wealthy Person, Cuthbert is estimated to have a net worth of around $24 million.

But Celebrity Net Worth reports to be around $20 million, thanks ot her long-term career as an actress. She has worked in numerous big-budget movies that helped her earn money. Apart from earning from acting, Cuthbert makes money from sponsorships and her estimated earning from a single sponsored post on Instagram is $1,995 - $3,325.

Furthermore, she has worked in various movies with numerous established figures such as Christian Slater and Rochelle Aytes.