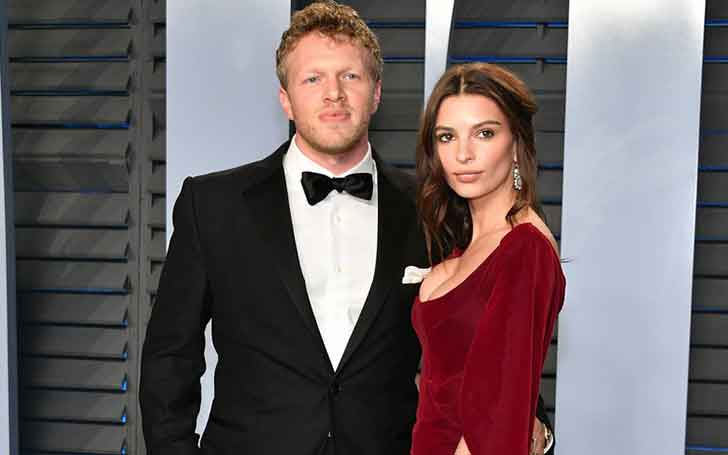 An American actress and model, Emily Ratajkowski, who came to fame through her acting and modeling career, has become successful in her professional life, how many of us know about her private life?

Many of us are curious to know who she is she with? Is she dating anyone or has she been married to someone? Well, on this topic, we are going to talk about the personal lives of the model Emily and also know about the perks of her being in a relationship?

Well, you may well be shocked by the fact that Emily Ratajkowski got married to husband Sebastian Bear-McClard on a private ceremony in New York City Hall. Their marriage included just her, her husband, and her close friends such as The Fat Jewish and Josh Safdie. 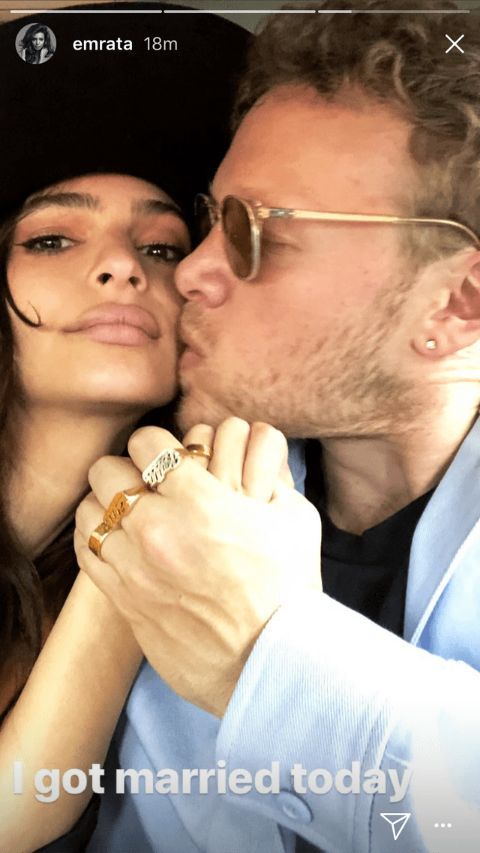 She got married to Sebastian on the 23rd of February, 2018. She has also posted another two photos regarding her marriage. In the first photo, she animates it showing her ring and for the second one, Sebastian is hugging Emily. 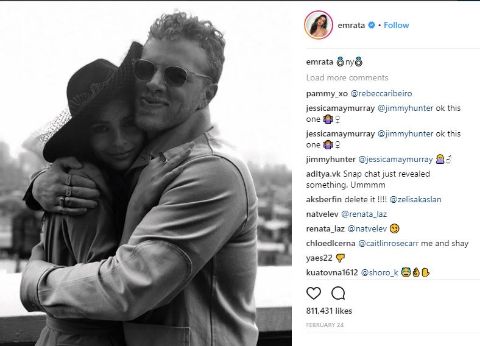 As for her wedding ring, it was more than what everyone could expect. Both of their wedding rings were made out in the China Town with an ounce of gold. 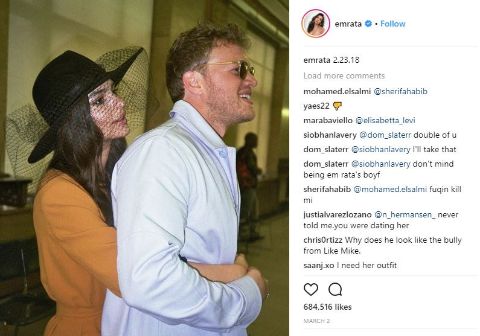 The news of their wedding was first publicized through their social media profiles, but it was not officiated until Emily came to The Tonight Show Starring Jimmy Fallon where she talked about her engagement, marriage, and her all-new movie, I Feel Pretty.

Currently, it seems as if the couple is having a great time as she and her husband have been doing all the fun stuff together. As we can see from Emily's Instagram Profile posts, Sebastian is with him in every aspect of her life. They look happy, don't they? 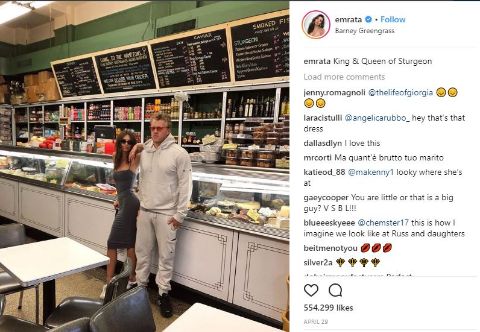 Emily Ratajkowski's Engagement and Love Life Before That

What's even funnier is that Emily Ratajkowski was proposed without a proper ring. Usually, we see that a big celeb proposes his/her love with a diamond ring or equivalent, but in Emily's case, she had no such things as rings.

She was proposed at the Minetta Tavern. But, since, her husband didn't have a ring, she acted like she didn't want their relationship to go any further. So, Sebastian made her a ring from the paper clip, he took from the bill that was paid. She thought that she was romantic and eventually, she said YES!

To tell you how they met, then they had been friends for years as they were both of the same group. They had been spotted out for the first time in LA on Valentine's Day. This outing was reported just weeks after she had a heartbreaking break up with boyfriend Jeff Magid. And, you know what happened afterward!

Well, with the dating to getting engaged to walking down the aisle being so short, we just hope that their marriage stays like that for their lifetime.