Home Gossip Don Cheadle Married Girlfriend After Dating For 28 Years! What About Their Kids?

Don Cheadle Married Girlfriend After Dating For 28 Years! What About Their Kids? 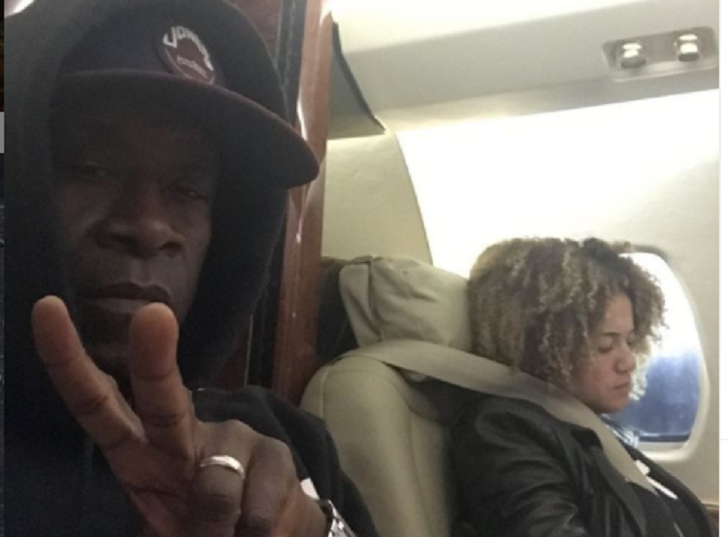 Donald Frank Cheadle Jr., who is professionally known as Don Cheadle, is a famous American actor and filmmaker. The 56 years old actor is widely known for appearing in the movies like Colors, Boogie Nights, Rosewood, Out of Sight, Traffic, and many others. Recently, the actor made headlines for tying the knot with his girlfriend of 28 years during the COVID-19 pandemic.

So, who is his long-term girlfriend turned wife? What about their children? Know everything below:

Rosewood’s star is finally a married man! The 56 years old Hollywood star, on Wednesday, revealed that he and Bridgid Coulter have tied the knot last year. They took their relationship to the next level after being together for 28 years. They first started dating in 1992.

The news of his marriage came into the public when he appeared on The Ellen DeGeneres Show to promote his Showtime comedy Black Monday.

During the time, the guest host Wanda Skyes told the actor that she owed him an apology for her shocked reaction. The comedian said:

You texted me at the top of the year, I guess, and you told me that you just got married,' And I was like, 'Oh damn, the pandemic got to Don and Bridgid.'

Yeah, I mean, that's understandable given that we've been together 28 years before we got married. I hold you blameless.

Two years later, the pair’s second child, daughter Imani Cheadle, was born. She is currently 24 years old and is interested in sports, modeling, and acting. She is an aspiring actress who has appeared in a Vanity Fair Decades season one.

Short Biography On His Wife

Bridgid Coulter is an American actress, producer, and interior designer who has appeared in movies like Rosewood, Westworld, and Martin.

She was born on 2nd August 1968 in Alameda County, California, the United States of America. She is currently 52 years old. Her full name is Bridgid Latrice Coulter.

On the other side, her partner, Don, is a famous actor and filmmaker. He started his acting career in 1984 and has worked in dozens of movies and television series.

The actor has worked in movies like No Sudden Move, Avengers: Endgame, St. Vincent, Iron Man 3, The Guard, Brooklyn’s Finest, Kevin Hart: What Now?, Miles Ahead, Ticker, Ocean’ Eleven, After the Sunset, Hotel Rwanda, The Assassination of Richard Nixon, Colors, Moving Violations, Boogie Nights, Bulworth, Volcano, and many others.

Her husband, Don Cheadle, has a net worth of $35 million.