The 1.98m tall, American basketball player, Devin Booker who started playing basketball under the coaching of his father, Melvin Booker (former basketball player), is now a player of Phoenix Suns NBA and has recently signed a $158 million contract extension with them.

The 21 years' player, Devin started his professional career since 2015 after being selected by the Phoenix Suns of the NBA. He has always given his full effort in his game and is known as one of the best players. Today in this section, we will discuss his career journey and all the income from it. Moreover, we will also be discussing his Jersey and shoes in detail. So, stay tuned till the end to know about his professional life.

Devin has recently signed a five years contract extension with the Phoenix Suns in $158 million which is going to be kicked in 2019-20. This contract has made himself one of the highest-paid players in history. The contract will end in 2023-24. 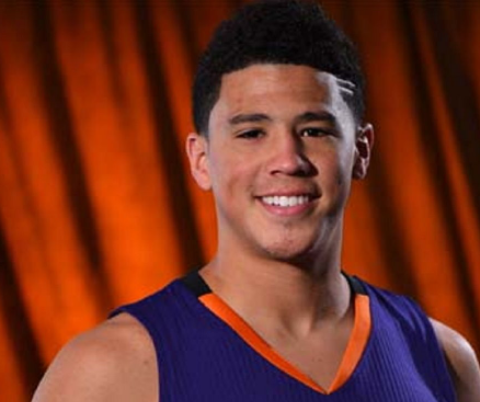 The projected salary details of Devin in the coming five years is as follows.

Devin Booker's Net Worth and Salary

The American basketball player, Devin Booker who is just in his early 20s has been able to make himself one of the millionaires through his own effort. Well to talk about his exact net worth, it a bit confusing as a different tabloid source has to claim a different worth.

Spotrac has said he has an estimated net worth of $9 million and a salary of $2 million annually while Celebrity Net Worth is claiming that his net worth is $2 million. Such a huge gap between these two sites has confused us. 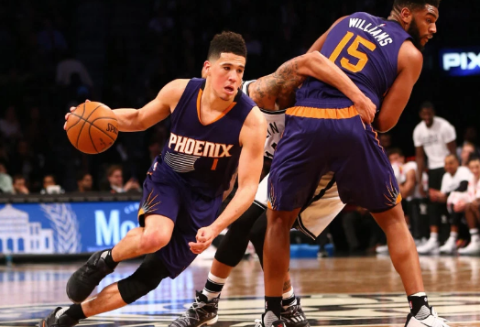 Talking about his salary after being selected as an NBA player in 2015 and till the date, he has been paid a good sum. His all incomes have been listed in the table below in detail. Have a look.

Although we are unsure about his exact net worth, it is sure that he has earned millions of amount through his NBA career. Seeing all this, it won't be wrong to say that the player is living a lavish lifestyle at a very young age with own effort.